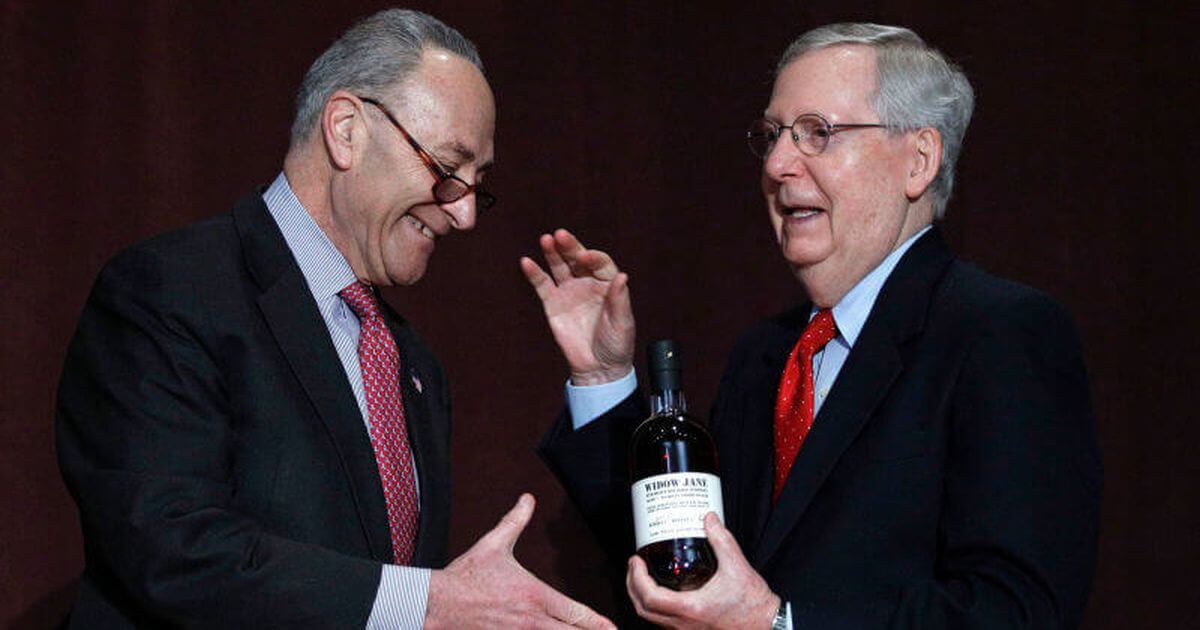 “What’s very striking is that President Trump still has such enormous reach in the party that nobody can fight him,” Gingrich said in the interview.

“You can complain about him. You can criticize him. But McConnell can’t possibly fight Trump. He doesn’t have a big enough base.”

In contrast, the former speaker praised McCarthy, saying the California congressman “has been much smarter as the House Republican leader to recognize his ability to get the extra seats [to win the House] rests almost entirely on working with Trump, not picking a fight with him.”

McConnell obviously hasn’t recognized this same idea, which he’s made clear in his rhetoric following the Jan. 6 Capitol incursion and the subsequent effort to impeach Trump for allegedly “inciting an insurrection.”

The Kentucky Republican said in a speech following his vote to acquit the former president that Trump was guilty of a “disgraceful dereliction of duty.”

“There is no question, none, that President Trump is practically and morally responsible for provoking the event of that day,” McConnell said on Feb. 13.

The minority leader said Trump “did not act swiftly. He did not do his job. He didn’t take steps so federal law could be faithfully executed, and order restored.

“No. Instead, according to public reports, he watched television happily. As the chaos unfolded.”

McConnell also lashed out at the former president in a Wall Street Journal Op-Ed on Feb. 15.

“There is no question former President Trump bears moral responsibility,” he wrote.

“His supporters stormed the Capitol because of the unhinged falsehoods he shouted into the world’s largest megaphone. His behavior during and after the chaos was also unconscionable, from attacking Vice President Mike Pence during the riot to praising the criminals after it ended.”

In response, Trump said in a statement that McConnell is a “dour, sullen, and unsmiling political hack.”

“[If Republican Senators are going to stay with him, they will not win again,” the former president said Feb. 16. “He will never do what needs to be done, or what is right for our Country. Where necessary and appropriate, I will back primary rivals who espouse Making America Great Again and our policy of America First. We want brilliant, strong, thoughtful, and compassionate leadership.”

Trump Statement on McConnell by The Western Journal

Trump said the Republican Party “can never again be respected or strong with political ‘leaders’ like Sen. Mitch McConnell at its helm. McConnell’s dedication to business as usual, status quo policies, together with his lack of political insight, wisdom, skill, and personality, has rapidly driven him from Majority Leader to Minority Leader, and it will only get worse.

“The Democrats and Chuck Schumer play McConnell like a fiddle — they’ve never had it so good — and they want to keep it that way!”

It’s clear, especially with a recent poll confirming half of Republicans would join a Trump-led political party, that McConnell would do well to heed Gingrich’s warnings.

McConnell won re-election in 2020 by 20 percent, according to Ballotpedia. However, the Kentucky senator’s approval rating has dropped by 29 percent since the November election, according to a Morning Consultant poll released Feb. 16.

As Gingrich said in his interview, McConnell does not have the base to launch an attack the caliber of which he seems to be considering against former President Trump. Rather than try to fight one of the most popular GOP candidates in recent history, the Senate minority leader almost certainly will have to work with the powerhouse in the future.