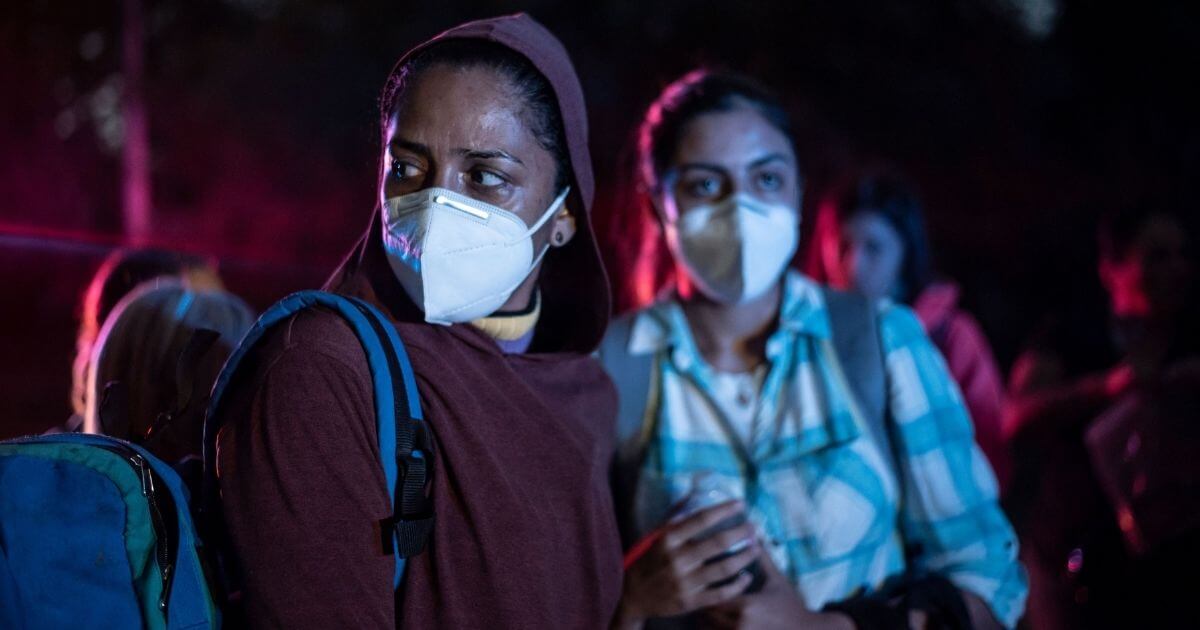 A woman bringing 55 pounds of heroin back home with her from Mexico was arrested on Monday, according to U.S. Customs and Border Protection.

The woman, a U.S. citizen, was stopped at the Pharr International Bridge, located south of McAllen, Texas. The bridge lies directly on the southern border with Mexico.

The $1.5 million worth of heroin was stashed in the Volkswagen Jetta she was driving, according to a CBP news release.

CBP said the woman was 28 and resided in Edinburg, Texas, but did not release her name.

“Our officers’ relentless dedication to CBP’s border security mission and robust enforcement posture contributed to the detection of these hard narcotics that will now be prevented from possibly inflicting harm within our communities,” Port Director Carlos Rodriguez said.

The stash of 24 packages of heroin was discovered in the tires of the car by a team of drug-sniffing dogs during an extensive search of the vehicle.

The woman was turned over to Homeland Security Investigations.

Statnews.com reported that only 30 milligrams of heroin are needed for a fatal dose. According to CalculateMe, 55 pounds of heroin is the equivalent of 24,947,580 milligrams. That means that the heroin seized was enough to produce 831,586 fatal overdoses.

The latest bust is only one in a round of arrests for drug trafficking at the border.

On April 30, a Border Patrol officer arrested a 72-year-old man from San Benito, Texas, at the Hidalgo-Reynosa International Bridge. The man had 24 packages of reported methamphetamine weighing 109 pounds in his tires. The seized drugs had a value of $2,185,000, according to a CBP news release.

On the same day, a 20-year-old from Edinburg, Texas, was stopped at the bridge. By the time the inspection of his Ford F-150 pickup was done, agents had seized almost $2 million worth of cocaine, heroin and methamphetamine.

Big packages can come in little cars also. On May 3, the Hidalgo-Reynosa International Bridge was the scene of an arrest in which a 19-year-old man driving a Chevy Malibu was busted for having almost 92 pounds of heroin in his car’s tires with a value of $2,500,000, CBP additionally reported.

Last week, Republican Texas Gov. Greg Abbott spoke about the increase in drug smuggling amid the surge in illegal immigration.

“For your audience who may not know, two milligrams of fentanyl is a fatal dose. And so, know this: We had almost [an] 800 percent increase April over April of the amount of fentanyl that has been apprehended by the Texas Department of Public Safety.”

"Morning Blow [Hard]" Goes Off On Rant At Americans Who Question November Election Results…”Get the Hell Out! ”Millions of Immigrants” Will Take Your Place