Whitmer Was Caught on Camera Violating Her Own Restaurant Rule, Now Her Admin Has Axed It 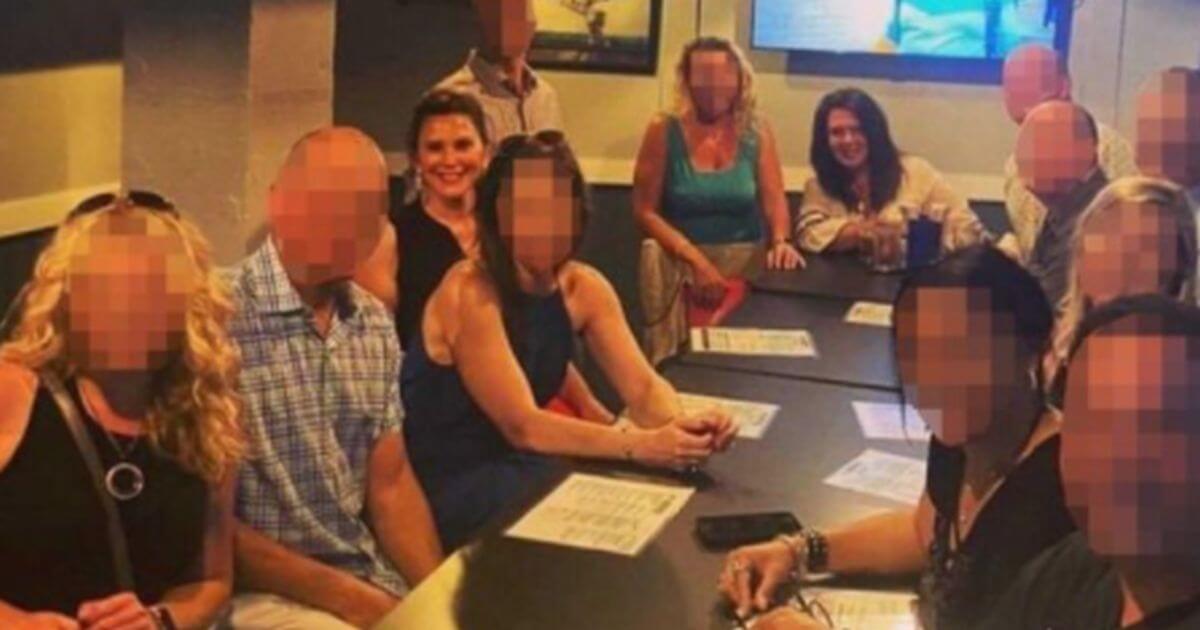 “Rules for thee but not for me” might as well be the official motto of the Democratic Party at this point.

Democratic Michigan Gov. Gretchen Whitmer was photographed breaking her own rule requiring Michigan diners to not gather in groups of six or more last week.

The governor issued an apology for attending a soiree with at least a dozen people gathered in close proximity at the Landshark Bar & Grill in East Lansing on Saturday.

“Throughout the pandemic, I’ve been committed to following public health protocols,” Whitmer said in a statement, according to The Detroit News. “Yesterday, I went with friends to a local restaurant. As more people arrived, the tables were pushed together. Because we were all vaccinated, we didn’t stop to think about it.

“In retrospect, I should have thought about it. I am human. I made a mistake, and I apologize.”

Whitmer and her administration have consistently been in the limelight both for their implementation of harsh lockdown measures as well as their total disregard for following the very rules they insist everyone else follow.

Republican lawmakers were quick to seize on the moment, pointing out what has become the painfully regular occurrence of Democratic lawmakers implementing authoritarian social controls and then refusing to follow even the simplest of their own rules.

“What do Whitmer, Newsom, Lightfoot, Pelosi, and Fauci all have in common?” Rep. Andy Biggs of Arizona tweeted. “COVID rules don’t apply to them.”

What do Whitmer, Newsom, Lightfoot, Pelosi, and Fauci all have in common?

COVID rules don’t apply to them.

Speaker Pelosi went to the salon when you couldn’t.

Gavin Newsom dined indoors at a restaurant when you couldn’t.

Governor Whitmer gathered with a large group at a bar when you couldn’t.

Now Whitmer is changing state guidelines again yet again, which is not a great look coming after she violated her own rules.

On Monday, the Michigan Department of Health and Human Services released its latest order, effective June 1, which nixes the provision that capped groups at six people.

Whitmer’s office also announced that outdoor capacity for restaurants would no longer be limited, though inside seating will only be allowed to reach 50 percent capacity.

The scenario is typical for blue states: Working people and business owners everywhere suffer under the boot of so-called COVID “protections” while the governing elites just do whatever they want. When they get caught, hey, who cares? They can just issue a non-committal apology and switch around the specifics of a few regulations to placate the people enough that they can suffer some more.

With such rampant corruption and hypocrisy, is it any wonder there is a mass exodus from mismanaged and corruption-laden blue states?

Alas, it seems unlikely that Whitmer and her ilk will ever get the memo. For now, Michiganders are stuck wondering when, if ever, their governor will allow them to continue on with their lives.

How They Are Indoctrinating Children Before Breakfast