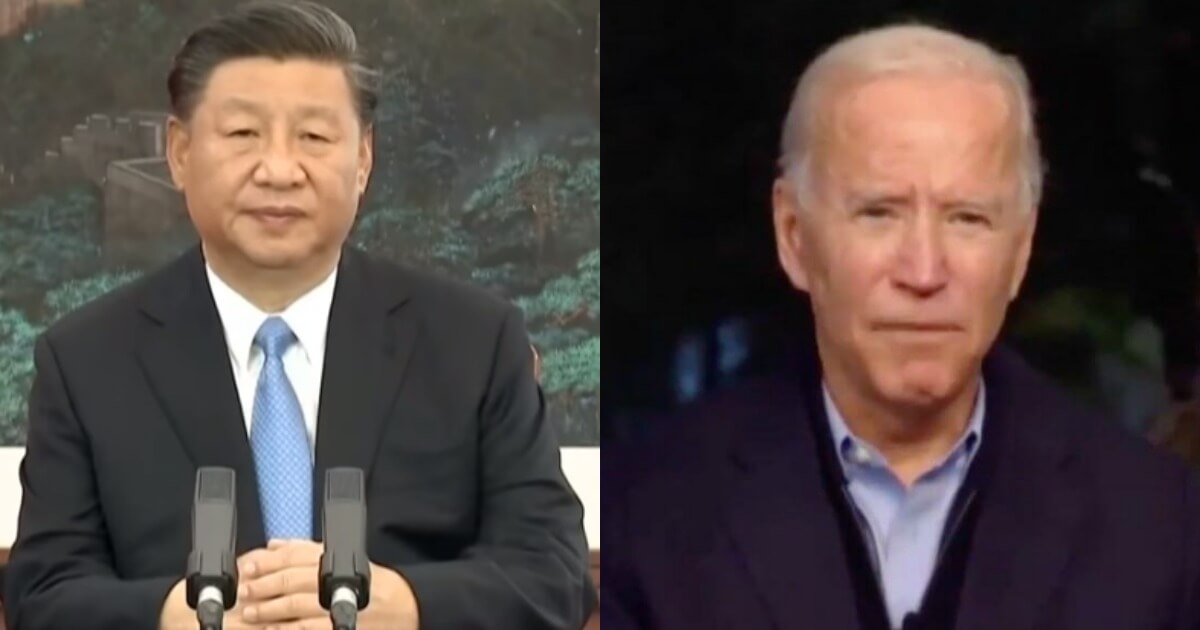 In response to an unusual public meeting between officials from the U.S. and Taiwan last week, the Chinese Communist Party has renewed criticism against the two governments.

On Sunday, the Global Times — a state-operated newspaper — reported that the meeting abjectly violated international law and countered the Beijing government’s one-China principle, which stipulates that the Communist Party’s regime is the legitimate government of the nation.

“There is only one China,” the Chinese embassy in France said.

“The US maneuvering can never change the fact that there is only one China in the world, let alone the Chinese government’s strong position on the Taiwan question.”

In a tweeted photo, the pair of diplomats praised their respective governments for maintaining diplomatic relations, dedicating a future partnership to “our common democratic values and the importance of Taiwan for security and prosperity in the Indo-Pacific.”

While the meeting may appear trivial to outsiders, this public display of bilateral relations may allude to a significant change in American foreign policy toward the island nation.

Usually, diplomatic talks between the U.S. and Taiwan take place behind closed doors to escape the ire of Chinese officials.

Turning against the President Barack Obama-era consensus — which aimed to establish friendly ties with the Beijing government — the actions of the last two administrations now demonstrate that they are more attuned to China’s regional and global ambitions, which consider reunification with Taiwan a preeminent issue.

For Beijing, however, the hardline stance continues to fuel an international firestorm.

Last week, a Chinese foreign minister told reporters that the nation’s government would not discount the use of force in its efforts to reunify Taiwan under the political system of the mainland.

“We are willing to do our best to strive for … peaceful reunification, but we will never leave any space for ‘Taiwan independence’ separatist activities in any form,” foreign ministry spokesperson Wang Wenbin said in a news briefing.

Mirroring a similar statement to the one targeting the United States, according to the spokesperson, Taiwan is still considered “an integral part of China’s territory.”

As a matter of concern for the Beijing government, reunification is an “internal affair that bears on China’s core interests, and brooks no external interference.”

This reaffirmation of the Chinese government’s stance comes after weeks of geopolitical bickering between Beijing and Canberra, Australia — which has taken on a more adversarial relationship with Beijing.

On this occasion, the Communist Party spokesperson noted that any dissent or dispute against Beijing’s heightened reinterest over Taiwanese independence will not be tolerated and could further damage relations.

“It is hoped that the Australian side will fully recognize that the Taiwan question is highly sensitive,” the spokesperson said.

“Abide by the one-China principle, be prudent in its words and deeds, avoid sending any wrong signals to the ‘Taiwan independence’ separatist forces, and act in ways beneficial to peace and stability in the Taiwan strait and conducive to China-Australian relations.”

Some Australian government officials have intensified the quarrel, suggesting that a conflict with China over Taiwan should not be ruled out.

Conflict “should [not] be discounted,” Australia’s defense minister Peter Dutton said in an interview with the Australian Broadcasting Corporation last week.

“I think China has been very clear about the reunification and that has been a long-held objective of theirs,” Dutton said.

“If you look at any of the rhetoric coming out of China … they have been very clear about that goal.”

The minister’s statements strike a familiar tone to other remarks offered by top members of the Australian government.

On Tuesday, Australia’s Secretary of the Department of Home Affairs Mike Pezzullo continued the unofficial war-of-words, writing in The Australian that the “drums of war” often beat in times of “perpetual tension and dread.”

The secretary also added that the search for international peace must continue, despite increased militarization in the region.

Of course, the affair grows ever more complex and turgid by the day. But the war-like rhetoric continues to fuel animosity among the rivaling international factions.

Beijing and Canberra are at odds on more than the Taiwan question, however. In recent weeks, the Australian government scrapped an agreement between Beijing authorities and the Victoria government — an Australian territory — which linked the state to China’s Belt and Road Initiative.

According to The Sydney Morning Herald, the Australian government’s decision to terminate the agreement was intended to send a message to Beijing officials, who have attempted to expand their political and economic influence throughout the region in recent years.

While the Taiwan question continues to serve as a specific fault-line issue in international politics, heightened animosity between Western countries and Beijing defines the relationship in general.

The Taiwan question is only one matter in a sea of international contention and disorder.

For the Taiwanese government, however, the endeavor to defend the island’s national sovereignty seems like a recurring matter.

In defiance of Beijing’s one-China principle, Taiwanese Vice President Lai Ching-te stressed on Sunday that “the two [nations] are not affiliated with each other,” according to Taiwan News.

“It is an undebatable fact that Taiwan is not subordinate to China,” Lai said in an event hosted by Taiwan National Alliance.

“China’s bullying and aggression against Taiwan are becoming more ruthless, such as by poaching Taiwan’s allies and blocking the country’s participation in … international organizations.”

The future of Taiwan’s sovereignty, he added, would only be decided by the “23 million people who live on this piece of land.”

On paper, the statements may appear brutish and unsettling. But, in fact, the geopolitical quarrel between Taipei and Beijing is now a continuous struggle that engulfs the entire international community.

Mike Huckabee: Here's the Real Reason I Haven't Commented on the Racial Abuse of Sen. Scott