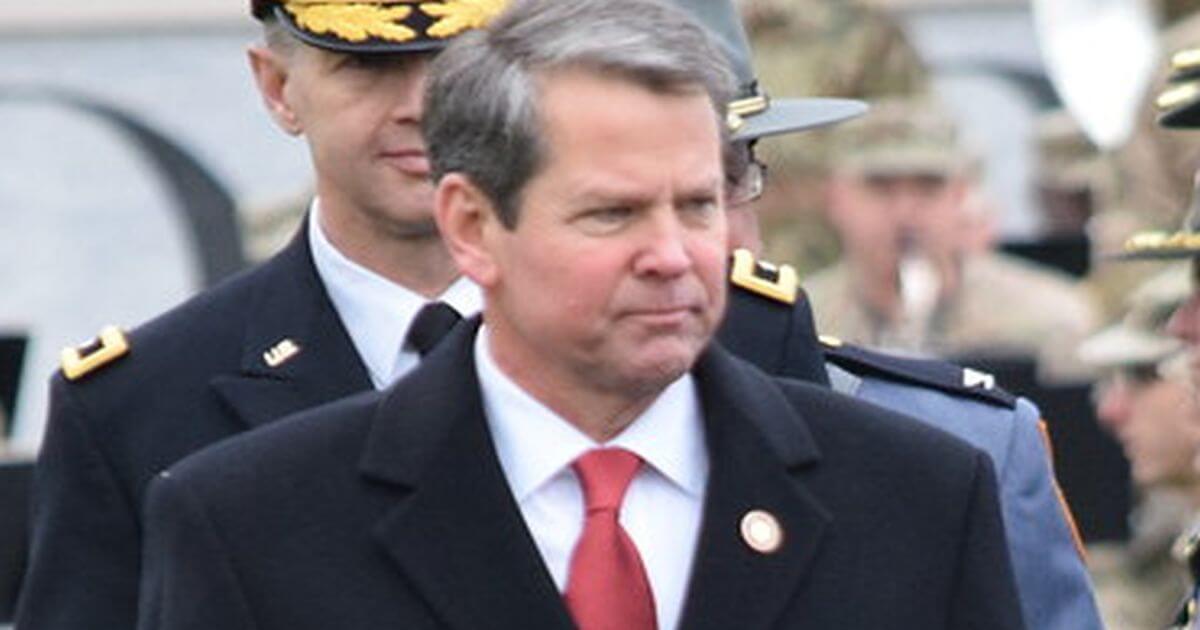 Georgia Republican Gov. Brian Kemp’s biggest opposition in his 2022 re-election campaign might come from within his own party — and that opposition is making hay of revelations of apparent ballot fraud in the Peach State’s most populous county during the 2020 general election.

In a series of tweets, former state Rep. Vernon Jones — a longtime Democrat turned Donald Trump-supporting Republican — derided Kemp for certifying what he called a “fraudulent election” after the news this week that some ballots in Fulton County had been counted twice.

How many ballots were counted two times is a matter of debate, as is whether the duplicate mail-in votes were discovered during a recount.

The Atlanta Journal-Constitution put the number at “nearly 200 ballots” but said there remained “no indication any vote for president was counted more than once in official results” and that it was “on a relatively small scale that had no bearing on the final certified count.”

However, the outlet noted that the group of voters who initiated the challenge said the “double-counting is just the beginning of what they hope to find.”

As Tucker Carlson pointed out on his Fox News program Wednesday, the group behind the challenge, Voter GA, said that “at least 36 batches of mail-in ballots from the November election were double-counted in Fulton County. That’s a total of more than 4,000 votes.” Most of those went for Biden, the group said.

This comes on top of another report last week that up to 35,000 voters might have voted illegally in Georgia in November, having moved more than 30 days prior to the election but still having voted in the county they used to reside in. As Margot Cleveland noted at The Federalist, that’s against state law.

That number is also well more than the 12,670 votes by which that President Joe Biden won the state over Trump.

Whatever the case, Jones — a Trump favorite who threw his hat into the 2022 race following Kemp’s decision to certify Georgia’s results — went nuclear on Twitter after those revelations, saying Kemp “certified a fraudulent election” and demanding his resignation.

“Today, in addition to @BrianKempGA resignation, I am calling for an IMMEDIATE [Georgia Bureau of Investigations] investigation into reports of duplicate ballot counts and thousands of missing chain of custody documents,” Jones tweeted Wednesday.

“Our Governor had a DUTY to do his due diligence before certifying our election. He FAILED.”

“And because of that, he is not deserving of the office he holds.”

And because of that, he is not deserving of the office he holds.
pic.twitter.com/7LA3jZAa45

“The question is, how many times were those ballots counted? Was each vote counted more than once? Fulton County won’t answer that question,” Carlson said during the Wednesday segment.

He read off Voter GA’s description of the audit tally sheets from Fulton County, which would tell if there were problematic discrepancies. Lo and behold, there were.

“Here’s what the audit found,” Carlson said. “Quote, seven falsified audit tally sheets containing fabricated vote totals. For example, a batch containing 59 actual ballot images for Joe Biden and 42 for Donald Trump was reported as a hundred for Biden and zero for Trump.

Carlson also noted a whistleblower who participated in the recount said “none of the ballots that she saw had any creases on them.”

“That’s strange because of course mail-in ballots need to be bent in order to be mailed in,” he said. “These ballots clearly had never been inside an envelope.

“And then the whistleblower noticed something else. All of the ballots, the whistleblower tells us, have been filled out by a printer, not by hand, and many of them supported the exact same candidates — Democrats, including Joe Biden.”

“Without answers to legitimate questions like the ones we just posed — and those are legitimate questions — democracy dies,” Carlson said. “People begin to understand the system they’ve been told that is on the level is in fact rigged — and when they believe that, God knows what they do next.”

What they might do is vote for politicians like Jones, who has based his campaign around Kemp’s decision to certify the 2020 election results.

In November, according to The Associated Press, Kemp said that the law required him to “formalize the certification, which paves the way for the Trump campaign to pursue other legal options and a separate recount if they choose.”

He would recertify the results in December after a recount.

While no substantive change can be made to the 2020 election results, the decision to certify will re-enter the spotlight. That’s good news for Jones, who has argued it cost not only Georgia’s electoral votes but its two Senate seats as well:

In 2020, @BrianKempGA betrayed President Trump and failed to secure our elections, costing us two US Senate seats and likely the White House.

Georgians deserve a fighter, not a coward. That’s why I’m running for Governor.

The truth of that will likely be forever in dispute. However, the events of the last two weeks make Jones’ strategy look more viable.

The former Democrat may have made national headlines for his embrace of Trump, but challenging Kemp on Georgia’s problems during the 2020 election count can’t just be portrayed as a matter of fealty to the 45th president anymore.

Whether it’s the “nearly 200” double-counted ballots The Journal-Constitution says it was or the more than 4,000 alleged by Voter GA, the fact that we don’t even know is sobering.

If questions remain next year, it could be Jones representing the GOP in the gubernatorial election.

"I did my good deed for the day at Hobby Lobby"