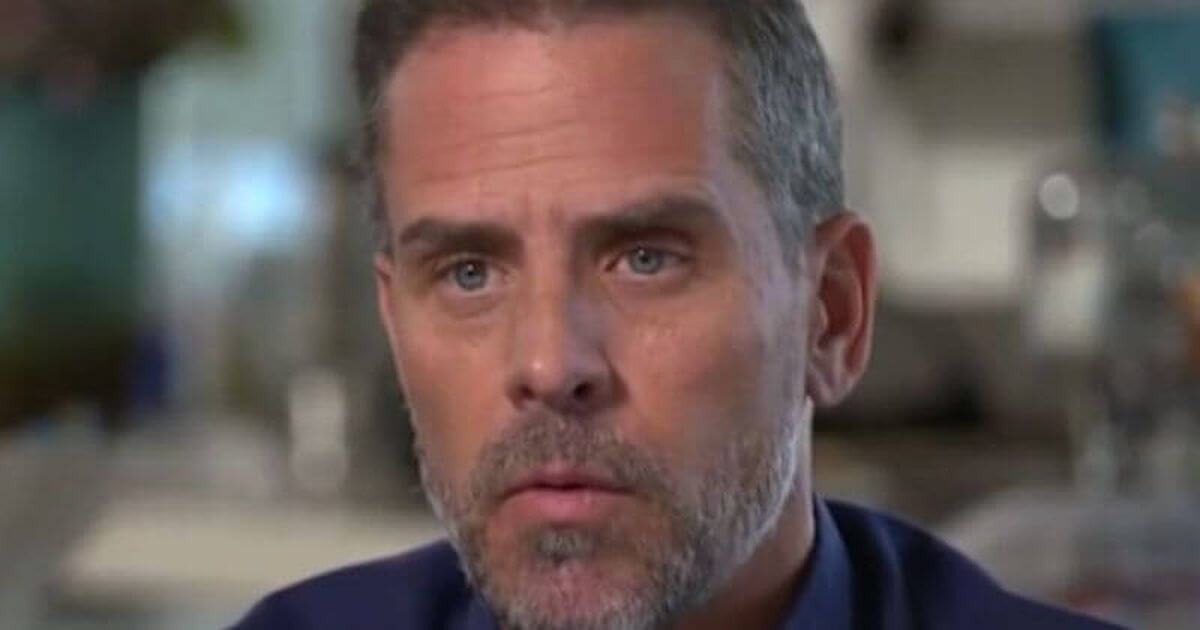 The Secret Service allegedly intervened in a curious incident in 2018 in which President Joe Biden’s daughter-in-law Hallie threw Hunter Biden’s gun in a grocery store trash can, but the gun was missing when they returned to the scene.

The gun store owner, Ron Palmieri, reportedly thought the officers might want to cover up Biden’s gun ownership in case it was involved in a crime, so he refused to give the paperwork to them and instead gave it to the Bureau of Alcohol, Tobacco, Firearms, and Explosives.

According to the Firearms Transaction Record, the gun was purchased on Oct. 12, 2018.

Hunter purportedly lied on the transaction form by responding “no” to a question that asked, “Are you an unlawful user of, or addicted to, marijuana or any depressant, stimulant, narcotic drug, or any other controlled substance?”

Hunter had been discharged from the Navy Reserve five years before the incident after he tested positive for cocaine.

“U.S. Secret Service records confirm that the agency did not provide protection to any member of the Biden family in 2018, and that the Secret Service had no involvement in this alleged incident,” a Secret Service spokesperson told Politico.

The Biden family was Secret Service-protected during Joe Biden’s eight years as vice president from 2009 to 2017, and the security detail resumed in March 2020 after he became the Democratic presidential nominee.

“President Biden did not have any knowledge of, or involvement in, the Secret Service’s alleged role in this incident, and neither he nor any family member was a protectee at that time,” a White House spokesperson told Politico.

The incident occurred after Hallie, the late Beau Biden’s widow who was romantically involved with his brother at the time, searched Hunter Biden’s truck because of “suspicions she had,” according to the Delaware State Police report viewed by Politico.

She reportedly found a .38 revolver and threw it away in a trash bin outside Janssen’s Market, a high-end grocery store where the Bidens were longtime customers.

After Hallie told Hunter Biden what she had done, he reportedly told her to retrieve the gun, but it was gone when she arrived.

The Delaware police investigated the incident over concerns that the grocery store was near a high school and the missing gun could be used in a crime.

The FBI also responded to the scene, as the bureau had been monitoring Biden as part of the investigation involving his taxes, according to those familiar with the situation.

Police questioned both Hallie and Hunter, and Hunter “became very agitated with me and asked me if I was intentionally trying to make him mad” when the officer asked if the gun had been used in a crime, according to the police report.

Hunter also reportedly told police that the store had suspicious people working for it — two employees were described in the police report as “Mexican males.” Police said they asked if the employees were who Hunter was referring to, and the now-president’s son said, “Yea, prolly illegal.”

According to Politico, the gun was later returned by an older man who had been digging through the trash cans collecting recyclables, and no charges or arrests were made.