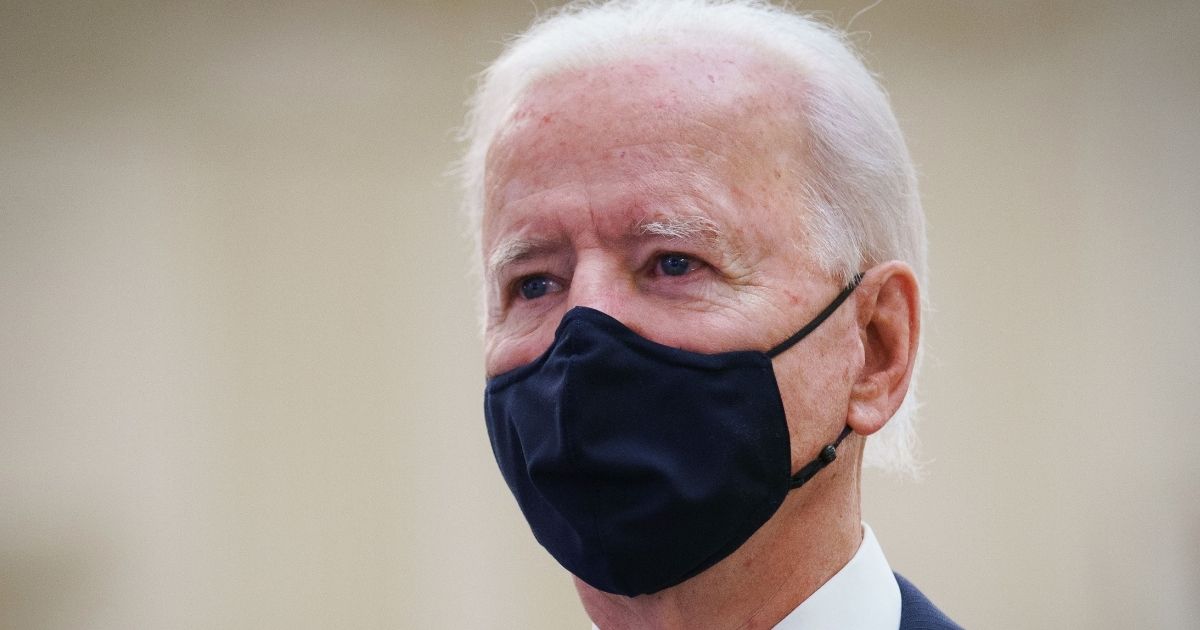 Opponents of the federal government’s supplemental unemployment benefits argued last year that beefing up checks for those out of work risked incentivizing people to refrain from working. A disappointing jobs report from the Bureau of Labor Statistics proved them right, according to the executive vice president of the U.S. Chamber of Commerce.

CNBC reported employment forecasters had expected to see one million new jobs created in the month of April, while the unemployment rate was predicted to drop to 5.8 percent. Instead, only 266,000 jobs were created while unemployment rose to 6.1 percent.

The $300 per week in federal supplemental income, which comes in addition for those collecting state unemployment benefits, means that for many Americans, being unemployed pays better than working.

According to Chamber of Commerce executive VP Neil Bradley, the federal government can thank itself for the slow economic growth.

Bradly, in a statement issued on Friday, called for an end to the supplemental unemployment benefits that Democrats insisted be added to the $1.9 trillion American Rescue Plan.

“The disappointing jobs report makes it clear that paying people not to work is dampening what should be a stronger jobs market. We need a comprehensive approach to dealing with our workforce issues and the very real threat unfilled positions poses to our economic recovery from the pandemic,” Bradley said.

“One step policymakers should take now is ending the $300 weekly supplemental unemployment benefit. Based on the Chamber’s analysis, the $300 benefit results in approximately one in four recipients taking home more in unemployment than they earned working,” he added.

In March, Democrats in Congress — with the backing of President Joe Biden — actually wanted those benefits to be $400 per week. As NPR reported, the current federal benefits were a concession to appease more moderate Democrats such as Sen. Joe Manchin of West Virginia.

The Democrats got their $300 supplemental benefits, and now they own last month’s poor employment numbers. What did they think would happen when people were offered a killing for staying home?

Forward-thinking Republicans are already opting out of the federal supplemental benefits program.

Republican Gov. Greg Gianforte of Montana opted his state out of the program this past week after it became clear that some people were going to have to be pushed back into the workforce, Fox Business reported.

“Nobody starts life hoping they’re going to grow up and become dependent on the government,” Gianforte told the network’s Neil Cavuto on Wednesday. “We need unemployment as a safety net for folks that find themselves in a rough spot, but it shouldn’t be a permanent status.”

“That’s why we’re doing away with these supplemental benefits, we’re reinstituting work requirements and we’re putting this incentive to go back to work,” he added. ”We should be incenting work, not sitting at home.”

“South Carolina’s businesses have borne the brunt of the financial impact of the COVID-19 pandemic. Those businesses that have survived — both large and small, and including those in the hospitality, tourism, manufacturing, and healthcare sectors — now face an unprecedented labor shortage,” McMaster wrote in a letter to the state’s Department of Employment and Workforce, according to Columbia’s The State.

Democrats have yet to acknowledge or accept that paying people handsomely to do nothing is in any way related to the fact that there are millions of job openings, while millions of unemployed people sit out of the workforce and decide not to take them.

Biden was asked about that on Friday during a media briefing about his administration’s embarrassing jobs numbers.

“Mr. President, do you believe enhanced unemployment benefits had any effect on diminishing a return to work in some categories?” Biden was asked, according to a White House transcript of the briefing.

“No, nothing measurable. Thank you,” he responded.

Biden denied the reality of the situation he and Democrats have put employers in. The reality is that when people can make a living for doing absolutely nothing, many will opt to do so, rather than get out and earn a living.

The country at one point was headed for that V-shaped recovery former President Donald Trump’s administration assured was coming last year. Democrats, thus far, have proved to be the biggest roadblock to such a bounce-back.