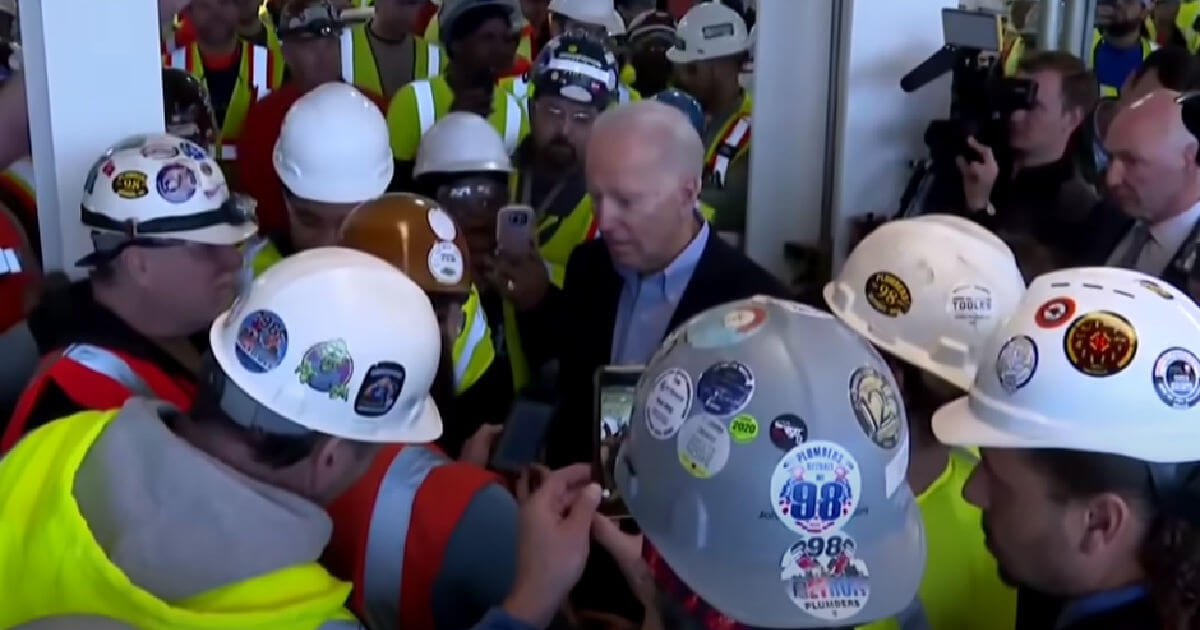 How did they not see this coming?

United Auto Workers slammed Ford Motor Company’s plan to move construction of a new plant to Mexico rather than keep it in Ohio in a letter to the automaker Friday.

“We 100% reject the company’s decision to put corporate greed and more potential profits over American jobs and the future of our members. We expect the company to honor its contractual commitments to this membership and when it fails to do so we will take action,” Gerald Kariem, vice president of the union’s Ford sector, said in the letter. “We are intensely exploring our options at this time.”

Here’s the full letter sent by the @UAW regarding Ford’s decision at the Ohio Assembly Plant in Avon Lake. US Sen. Sherrod Brown (D-OH) said today he’s been in touch with the administration on President Biden has “strong feelings” about this topic. pic.twitter.com/03zBKESqua

According to the 400,000-strong union, Ford had allotted $900 million for the construction of the plant in Avon Lake, Ohio, in a 2019 contract. UAW said that the addition of a next-generation vehicle would “secure [the plant’s] employment well into the foreseeable future.”

The letter lays out that UAW and Ford held multiple meetings during 2019 negotiations, during which the union’s bargaining team decided its central focus would be to “increase job security” for UAW’s membership. Discussions focused on “maintaining a strong manufacturing presence in the United States.” Unsurprisingly, with Biden in the Oval Office, this focus has not held with time.

Ford issued a statement Tuesday saying the company was still interested in the Avon Lake plant and had invested over $185 million in it, Reuters reported. The plant employs roughly 1,600 UAW members.

The letter comes nearly a year after the union’s endorsement of Joe Biden for the 2020 presidential race, giving the then-candidate a significant boost in battleground states with auto industry backgrounds like Michigan and Ohio.

“In these dangerous and difficult times, the country needs a president who will demonstrate clear, stable leadership, less partisan acrimony and more balance to the rights and protections of working Americans,” UAW President Rory Gamble said in a statement at the time.

“In these dangerous and difficult times, the country needs a president who will demonstrate clear, stable leadership, less partisan acrimony and more balance to the rights and protections of working Americans.” – UAW President Rory Gamble

Unfortunately for Gamble, that endorsement has potentially created an even more dangerous situation for the hundreds of UAW-represented employees who are supposed to work at the Avon Lake plant.

As conservative pundit Mike Cernovich pointed out on Twitter, though, the auto industry union is essentially reaping what it sowed back in April, albeit likely not in the way it intended.

UAW Union got what it voted for. pic.twitter.com/JLBJflVvlk

Biden’s “betrayal” of unions and other voter blocs has been a recurring theme throughout the first months of 2021. Pro-Life Evangelicals for Biden released an open letter last week slamming the president for passing the $1.9 trillion COVID-19 “relief” bill after the Hyde Amendment — a decades-old law provision preventing taxpayer-funded abortions — was excluded from the bill. Unfortunately, this group’s story is the same as UAW’s; its members should have known better.

In 2019, Ford made a commitment to invest $900 million at its Avon Lake, OH plant – NOW, it’s reportedly moving the entire project to…

This is unacceptable. At today’s Senate Finance Committee hearing, I called on Ford to keep its promise to Ohio workers. pic.twitter.com/PlMDeoqTZ1

It remains bewildering how the auto union didn’t foresee the inherent problem with pushing 400,000 union workers to vote for a man whose tax policy would surely push American companies out of America.

Meanwhile, had former President Donald Trump been in office, it’s likely he would’ve already been at work attempting to create tax incentives for companies remaining in the U.S. Instead, Biden is attempting to take more money from auto companies, forcing them out of the country in droves.

Senator Rand Paul’s Take Down of Dr. Fauci is One For the History Books (VIDEO) -