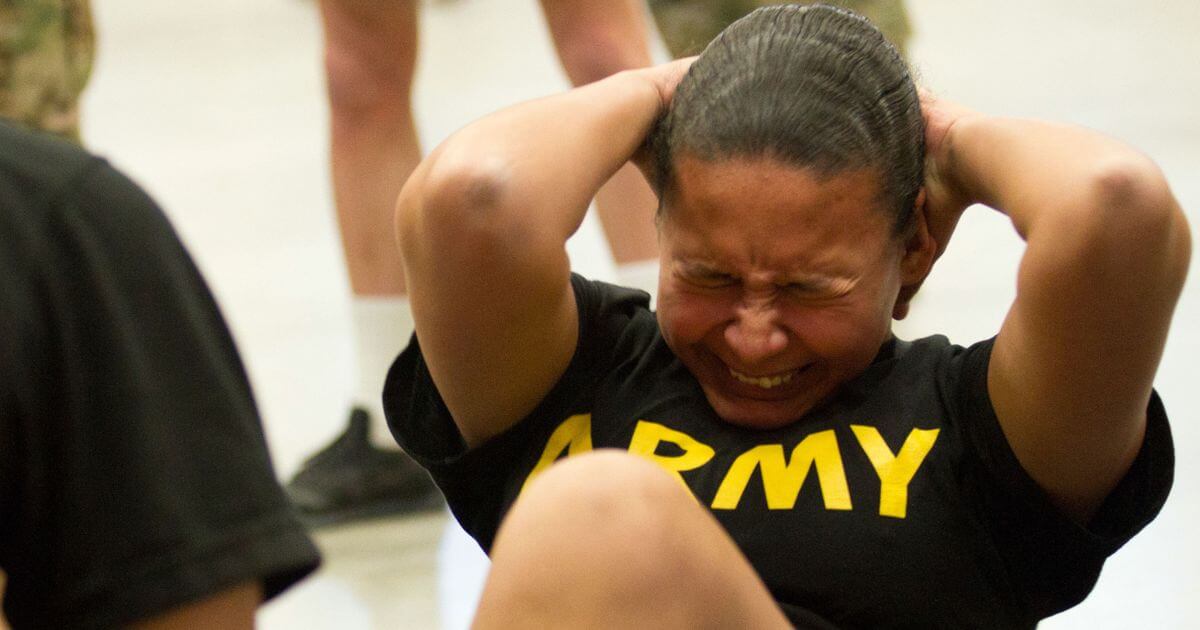 According to a new report in the Daily Wire the U.S. Army is considering scrapping the “gender-neutral physical test” because 90% of men pass, while 90% of women fail:

The United States Army is reportedly considering doing away with its new “gender-neutral physical test” after test results showed that the majority of women failed while approximately 90 percent of men passed. Officials are reportedly considering having different evaluation categories for men and women due to the physiological differences between the two.

“Research showed that the Army Combat Fitness Test [ACFT], which is the same for male and female soldiers, was leading to lower results for women with a knock-on effect for promotions,” The Telegraph reported. “An early Pentagon study showed that women were failing the ACFT at a rate of 65 per cent, while only 10 percent of men did.”

A report from last fall found that 54 percent of women failed the test while only 7 percent of men failed it.

The report said that Congress, which is controlled by the Democrats, stopped the new program from being implemented and the Army is reviewing whether it is fair. Congress does not want the test as it is current constructed to factor into opportunities for advancement, the report said.

“In the ACFT there are six events – the maximum deadlift, a standing power throw, hand-release push-ups, a sprint, drag and carry, leg tuck, and a two-mile run,” the report added. “To pass the test those taking it must score at least 360 points out of a possible 600, and those who achieve higher scores are more likely to be promoted. However, average sores for women so far are said to have been 100 points lower.”

Sadly, this is the perfect example of how those on the left think.

If more men pass the test than women it must be the test that is the problem, not that there are differences between the two sexes.