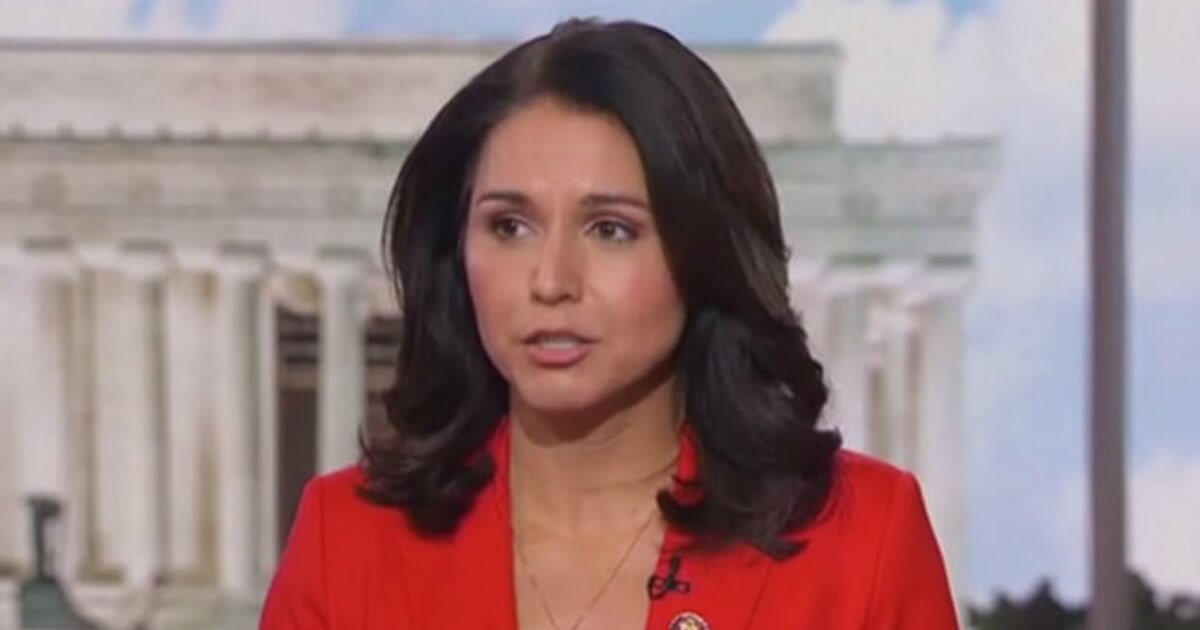 Former Democratic congresswoman and 2020 presidential candidate Tulsi Gabbard proved once again this week that she was likely the Democratic Party’s last chance at sanity.

In a viral tweet, Gabbard slammed Chicago Mayor Lori Lightfoot‘s racist policy of only granting one-on-one interviews to non-whites, and called on the Biden administration to push for Lightfoot’s resignation.

“Mayor Lightfoot’s blatant anti-white racism is abhorrent,” Gabbard tweeted. “I call upon President Biden, Kamala Harris, and other leaders of our county — of all races — to join me in calling for Mayor Lightfoot’s resignation. Our leaders must condemn all racism, including anti-white.”

Mayor Lightfoot’s blatant anti-white racism is abhorrent. I call upon President Biden, Kamala Harris, and other leaders of our county—of all races—to join me in calling for Mayor Lightfoot’s resignation. Our leaders must condemn all racism, including anti-white.

Gabbard, who previously broke with party ranks to lambast big tech oligarchs and leftist gender fantasies,  is one of the last voices of reason among a Democratic Party, and her pushback against the left’s newfound racialism was well-received on Twitter, where “Anti-White” began to trend shortly after her tweet.

Even as the Democratic Party has begun to turn its sights on the American people in its efforts to condemn America itself as being inherently racist, Gabbard has maintained something of an iconic status with those Americans still holding onto the center due to her defense of reason and traditional American values.

In one such instance last month, Gabbard issued a plea with Americans everywhere to stop giving in to the racializing nonsense of so-called systemic racism and critical race theory.

“Please, let us stop the RACIALIZATION of everyone and everything,” Gabbard tweeted. “We are all children of God, and therefore family in the truest sense, no matter our race or ethnicity.”

Please, let us stop the RACIALIZATION of everyone and everything. We are all children of God, and therefore family in the truest sense, no matter our race or ethnicity. This is aloha – love & respect for others. This is what our country & the world need. pic.twitter.com/W8wqqMj1jf

Indeed, Gabbard’s takedown of Lightfoot is just the latest in a long series of incidents wherein the Democrat has defended America’s greatest ideals, and her habit of bucking what is fashionable for what is right has even earned her comparisons with former President Ronald Reagan.

Such comparison may now be gaining traction, as well-established figures of the right are increasingly embracing Gabbard’s steadfastness in battling down the insanity of her own party as well as her long-term military service.

For now, the American people may have to endure the toxicity and hatred that necessarily accompanies the Biden administration’s re-racialization of America. But citizens may rest somewhat more comfortably knowing that there is, in fact, a person out there willing to call a spade a spade.

Her name is Tulsi Gabbard.

Arizona Border Sheriff Slams Biden and Harris, Says Avoidance of Crisis Is an 'Insult to Anybody Who Wears a Badge'