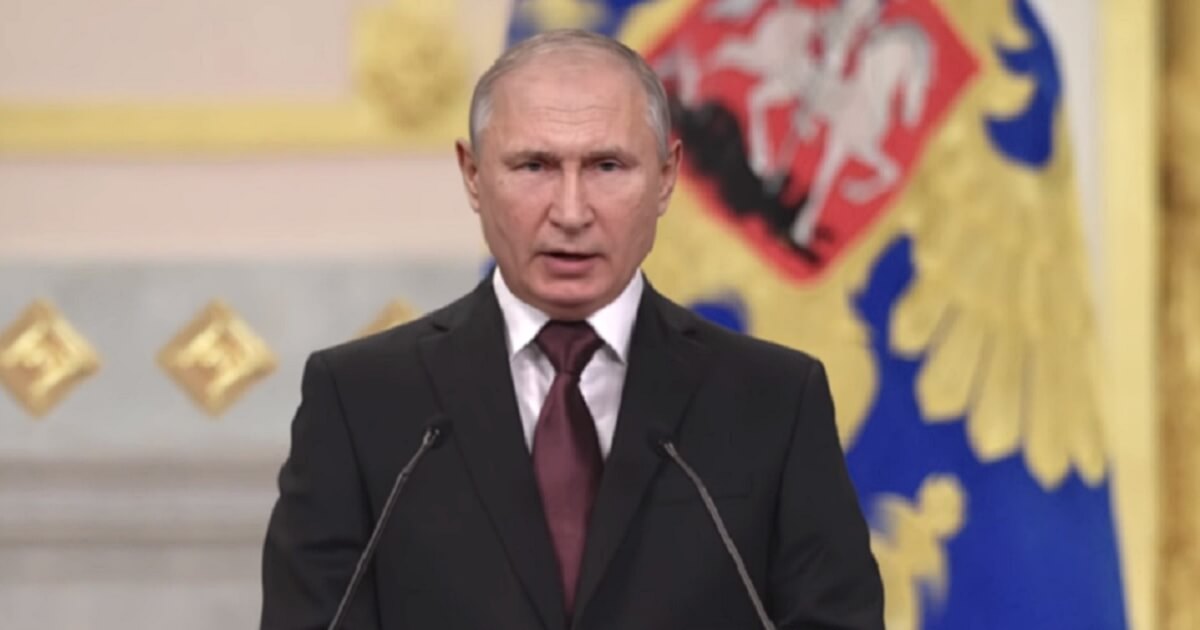 Former President Donald Trump embodies the authentic American spirit of self-determination, unwavering optimism and rugged resilience championed by the nation’s Founding Fathers — and that’s why Democrats and other globalists hate him.

That’s the opinion of Sergei Ivanov, a top adviser and former chief of staff to Russian President Vladimir Putin.

In a stinging EurAsia Daily Op-Ed on Feb. 16, Ivanov slammed the globalists for attacking and obstructing Trump, whom he called the modern-day George Washington.

America’s first president is widely considered the greatest, even though he’s now under attack by race-baiting, revisionist leftists.

Despite Trump’s many accomplishments in office, Ivanov said, he was assailed by his Democratic rival and other globalists.

“Through the mouth of Joe Biden, the American ‘deep state’ and, more broadly, the world globalist ‘elite’ called Donald Trump ‘the worst president in U.S. history,’” the Russian wrote.

Why? Because his triumphs shined a glaring spotlight on their own failures, Ivanov said.

He said Trump, “perhaps the best president in the history of the United States, is the ‘modern George Washington.’”

“If the first president of America fought to lay the foundation of the nation and state — the beginning of American freedom — then Trump fought and is fighting to preserve the legacy of the founding fathers, to defend freedom.”

Ivanov continued: “He, like Washington, is the flesh of his people, 100 percent American, a classic self-made man, a living embodiment of the American dream. Trump is a successful entrepreneur, a man of action and a man of his word.”

He then rattled off a list of Trump’s accomplishments as president, including:

Ivanov noted that Trump achieved all this despite around-the-clock media attacks and nonstop obstructionism from the Democratic Party.

“Almost immediately after Trump came to the White House, the ‘deep state’ functionaries from both parties — not only politicians and ‘public figures,’ but also civil servants — provided unprecedented opposition to all of his endeavors, did everything to suppress America’s impulse for Freedom,” he wrote.

Despite everything he accomplished, Ivanov said, the deep state and globalists despised Trump because he committed the modern-day crime of being a “successful white man.”

This, in today’s twisted “woke” worldview, must be rebuked, the Russian said.

“Together with Biden, they celebrate not only BLM, Antifa and their ‘curators’ like [leftist financier George] Soros and [House Speaker Nancy] Pelosi, not only [German Chancellor Angela] Merkel and [French President Emmanuel] Macron, but also ‘anti-democratic’ regimes around the world, from China and North Korea to Venezuela and Cuba,” he wrote.

Ivanov said the deep state also hated that Trump was a populist champion for religious freedom, family values and constitutional rights such as the First and Second Amendments.

In the end, he said, Trump chafed globalists because he interfered with their goal of ushering in a “New World Order” that requires the toppling of Western civilization and the wholesale eradication of Western values.

“Whether the globalists will be able to build their ‘New Order’ and put an end to history, whether President Trump turns out to be its last hero, the future will show,” Ivanov wrote.

“But even today, thanks to his historic victory, everyone who ‘has eyes’ can see where the ‘world elite’ is leading and who it is serving. See and fight for your future,” he exhorted.

Essentially, Ivanov echoed the sentiments of millions of Trump supporters who found his unabashed patriotism and populist values refreshing and inspiring.

Many felt the former president’s optimistic message about American exceptionalism filled a vacuum created by the disturbing infestation of anti-American self-hatred being promulgated by the liberal media, Hollywood, academia and our own political leaders.

While he clearly had flaws (as we all do), Trump was not afraid to speak the truth, even if it meant triggering the vindictive left.

Whether he stays in politics or not, his greatest achievement might be simply opening Americans’ eyes to how deceptive the establishment media are and how sinister and corrupt the deep state truly is.