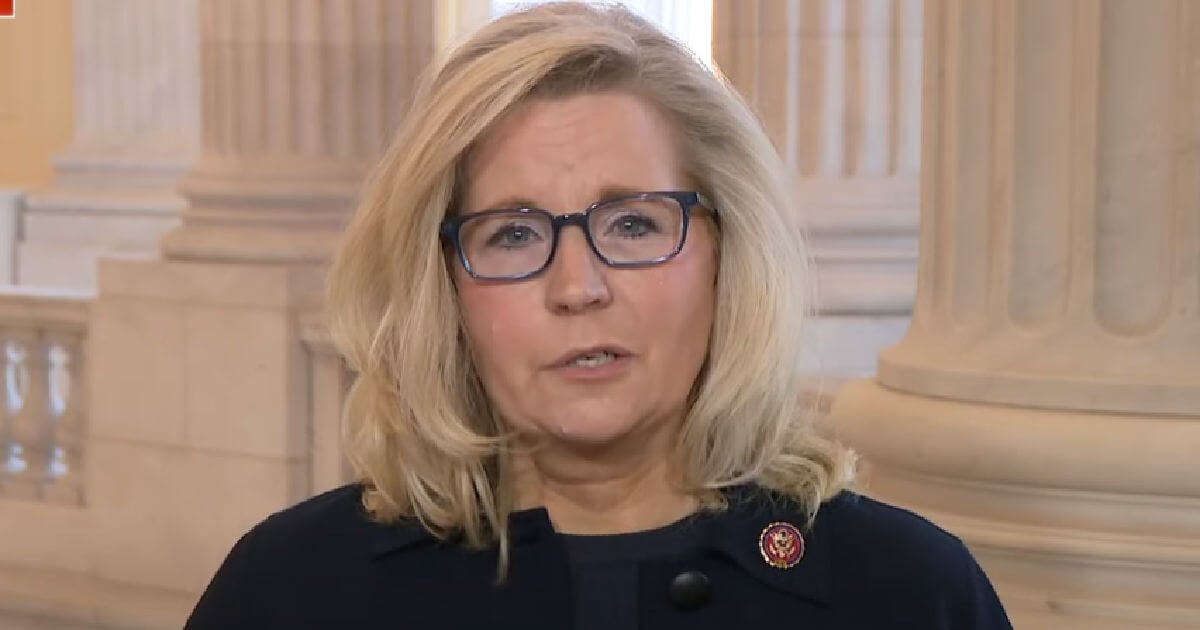 “Liz Cheney is a warmongering fool who has no business in Republican Party Leadership,” Trump wrote in a statement.

“We want leaders who believe in the Make America Great Again movement, and prioritize the values of America First. Elise Stefanik is a far superior choice, and she has my COMPLETE and TOTAL Endorsement for GOP Conference Chair. Elise is a tough and smart communicator!” Trump added.

Stefanik took to Twitter to thank the former president for his endorsement.

Thank you President Trump for your 100% support for House GOP Conference Chair. We are unified and focused on FIRING PELOSI & WINNING in 2022!

Cheney criticized Trump earlier this week, claiming the “2020 presidential election was not stolen.”

The 2020 presidential election was not stolen. Anyone who claims it was is spreading THE BIG LIE, turning their back on the rule of law, and poisoning our democratic system.

“This is about whether the Republican Party is going to perpetuate lies about the 2020 election and attempt to whitewash what happened on Jan 6. Liz will not do that. That is the issue,” Cheney spokesman Jeremy Adler shared in a statement provided to ABC News.

Trump is not alone in his call for Stefanik to replace Cheney.

Laren Fine, a spokeswoman for House Minority Whip Steve Scalise of Louisiana, said, “House Republicans need to be solely focused on taking back the House in 2022 and fighting against Speaker Pelosi and President Biden’s radical socialist agenda,” according to The New York Times.

“Elise Stefanik is strongly committed to doing that,” she added.

House Minority Leader Kevin McCarthy joined in criticisms of Cheney, reportedly telling told “Fox & Friends” host Steve Doocy on Tuesday that he’s “had it” with Rep. Liz Cheney of Wyoming, the third-highest-ranking Republican in the House.

The off-air remarks came before an interview in which McCarthy discussed GOP representatives’ dissatisfaction with Cheney, according to Axios.

“I’ve had it with her. You know, I’ve lost confidence. … Well, someone just has to bring a motion, but I assume that will probably take place.”

“Liz Cheney was put on notice when our conference held a vote to remove her in February,”  he said, according to Fox News.

“Her role is to lead House Republican messaging, but she is totally unaligned with the majority of our party. We cannot fight for the America First agenda with her in a leadership position,” Gooden added.

Cheney could reportedly be ousted by the end of the month.