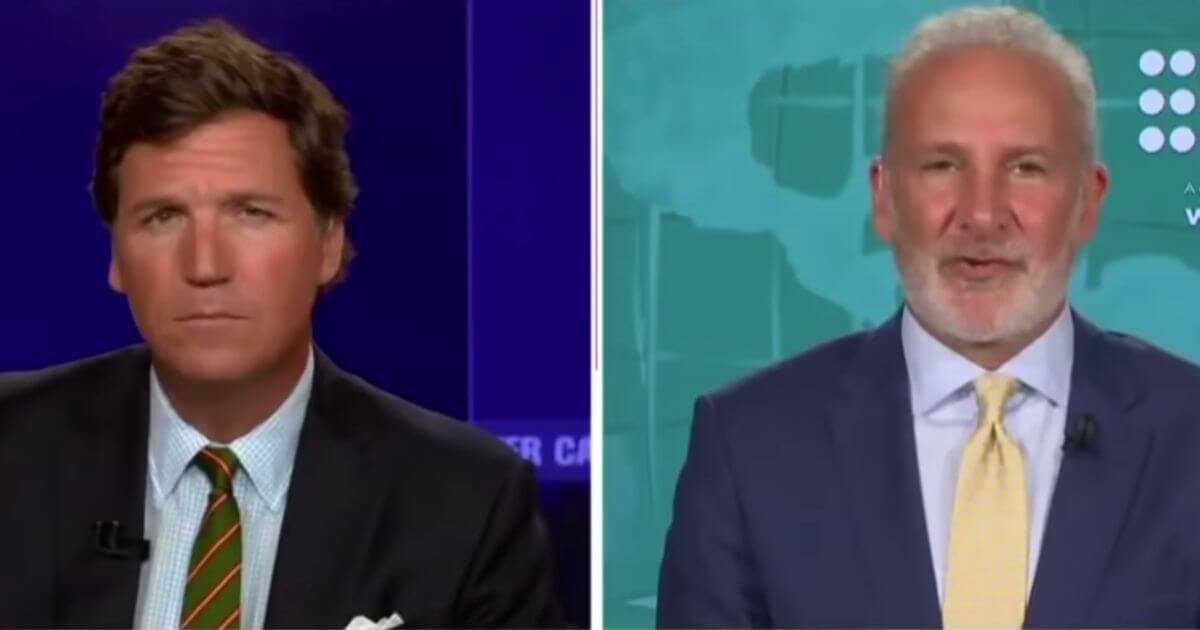 One of the country’s top economists is predicting that rising inflation will ultimately equate to a “Biden tax” that every American will feel in the coming year, thanks to his administration’s out-of-control spending and its inevitable effect on the prices for goods.

Economist Peter Schiff joined Fox News host Tucker Carlson on May 12 to address the issue of government spending. Schiff argued that while Americans might have more cash in the short term, the printing of all cash through behemoth recovery bills will eventually create an increase in prices that will be felt far and wide.

Citing data from the Bureau of Labor Statistics, Carlson told Schiff and his viewers that inflation is rising “much faster than virtually any economist in the country predicted,” noting that “the year-over-year gain in the consumer price index is up 4.2 percent … the fastest jump in 13 years, since the 2008 meltdown.”

“The rise in what’s called the core consumer price index, that excludes food and energy, is the highest in 40 years — since 1981,” Carlson added, asking Schiff to break that information down into layman’s terms.

Schiff warned that families will feel the burden of all that the printed money in the same way they would a tax, and people should be “concerned.”

“This is a tax. It is the inflation tax. And if you look at how much the cost of living went up, measured by the [consumer price index] in the first four months of this year, it’s 2 percent. So, if you triple that to annualized it, we have consumer prices rising at 6 percent annually,” the economist warned. “But if you look at the monthly numbers, every month it accelerates. So, if you extrapolate the trend of the first four months of this year for the entire year, you’re going to get a 20 percent increase in consumer prices in 2021.”

Schiff warned that stimulus bills that flood the market with cash, such as those passed recently, will essentially become moot, as a selloff of U.S. treasuries by foreign investors could lead to a jump in the price of goods that families need.

“The real problem is the surplus of money. Whenever you print a lot of money, it’s always a goods shortage because the Federal Reserve can print all the money they want, but they don’t print products to buy with the money. So, we have all this money being printed. We’re not producing a lot. People are sitting at home cashing unemployment checks,” said Schiff.

“This is a tax. It is an inflation tax, a Biden tax, whatever you want to call it. But when Joe Biden says, ‘Don’t worry! Only people that make over $400,000 a year are going to have to pay higher taxes to fund all these programs,’ he’s lying,” he added. “Because every American is going to pay the inflation tax. And it’s going to hit the middle class and the poor the hardest.”

Carlson rightly pointed out that “when you print a ton of money, the value of that money falls,” noting that there was never any way the country wouldn’t face an inflation crisis — despite assurances from the country’s lawmakers and financial experts that all remains well.

Since March, when Biden and Democrats passed the nearly $2 trillion American Rescue Plan, Americans are walking around with loads of cash while millions are voluntarily staying out work — many of them knowing full well that more cash will be on the horizon.

Americans might continue to end up with more short-term cash despite not working, or working less, but they could pay dearly for it as costs for basic goods go through the roof in the coming year.

While rising inflation might not technically be a tax for the most financially vulnerable Americans, Schiff warned that for cash-strapped Americans, it will certainly feel like they’re being taxed to death.

Kamala Harris Keeps a List of Reporters Who Don't 'Appreciate' Her, Avoids Interviews with Them