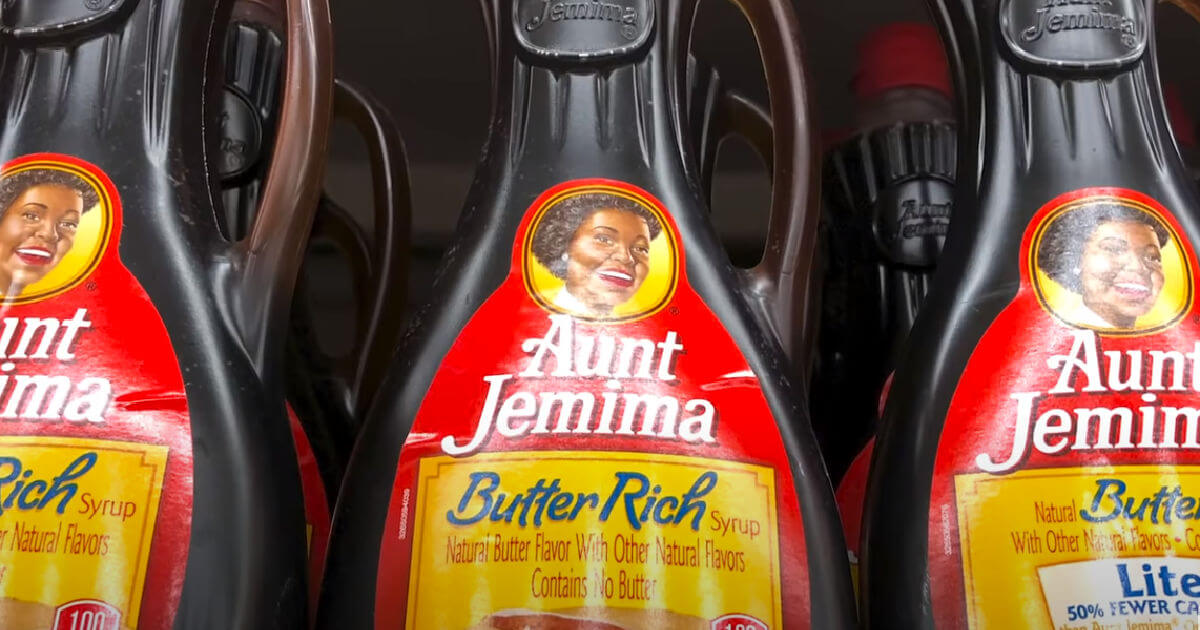 Over the summer of 2020, a number of brands reacted in knee-jerk fashion to a renewed call for social and racial justice “wokeness,” which included changing “racially insensitive” brand and product names.

One of the victim’s of the progressive silliness was the classic, American icon of pancake and waffle syrup — Aunt Jemima. The company, which is owned by PepsiCo and Quaker Oats, decided that the image was insensitive to the African-American community (even though numerous African Americans chimed in on how ridiculous it was on social media) and announced at the time that they were scrapping the brand image for something else completely.

According to the Washington Examiner, the name change is now official: Aunt Jemima syrup is now known as… “Pearl Milling Company.”

And if you’re scratching your head after reading that, you are most certainly not the only one.

On the company’s website, they released a statement this week revealing how they made the decision on the new name. It’s fitting, I guess, given the history behind it, but it’ll definitely never be the same syrup that graced the kitchen tables of blue-collar America for decades.

Hot off the griddle: The Aunt Jemima Pancake brand will now be known as Pearl Milling Company.
It takes its name after the 1889 company that created the pancake mix way when.
Still processing. More later pic.twitter.com/nJE6EhhtZE

“It is the start of a new day: Aunt Jemima is now Pearl Milling Company. Though the Brand is new to store shelves, the name itself has been a part of our story for over 130 years. Pearl Milling Company was a small mill in the bustling town of St. Joseph, Missouri. Using a pearl milling technique, they produced flour, cornmeal, and, beginning in 1889, the famous self-rising pancake mix that would go on to be known as Aunt Jemima. Our pancakes have been bringing smiles to the breakfast table ever since,” the statement read.

To drive the point home that they’re interested in advancing social justice initiatives, Aunt.. I mean Pearl Milling Company, announced that they’re pledging $5 million commitment to support the Black community — an announcement they made last summer.

Adding to that, the company is also expected to pledge $1 million to the “commitment to empower and uplift women of color,” as Pepsico reported recently as an addition to their $400 million pledge to invest in Black communities.

The great wokeness period of 2020 claimed the names of many other classic American brands, including plans to scrap “Uncle Ben’s” rice line, the NFL team formerly known as the Washington Redskins changed names to “Washington Football Team,” and even country music acts like The Dixie Chicks are now known as “The Chicks,” and the band formerly known as Lady Antebellum is now simply known as “Lady A.”

Other brands that jumped on the woke bandwagon include Cream of Wheat (because that’s such a racist name, duh), Mrs. Butterworth’s syrup and Dreyer’s Ice Cream nixed their popular “Eskimo Pie” name.

Whew! Thank God these companies are coming together to effect meaningful change in the name of social justice or else I don’t know how I’d sleep at night.