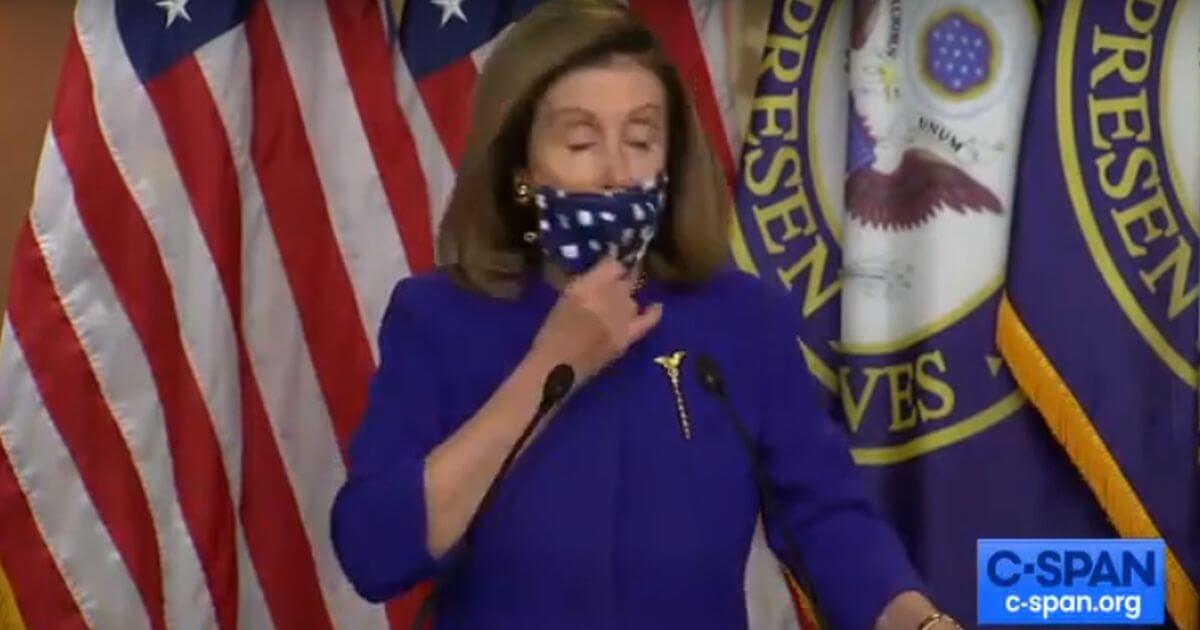 House Speaker Nancy Pelosi issued a warning Thursday to unvaccinated House Republicans, suggesting she will keep the House floor mask mandate in place until all lawmakers have been vaccinated.

“We have a responsibility to make sure that the House of Representatives chamber is not a Petri dish for the cause of the selfishness of some, not to be vaccinated, or to insist” on not donning a mask, the California Democrat said Thursday, according to the Washington Examiner.

Pelosi also suggested banning unvaccinated GOP lawmakers from the House floor and forcing them to vote in a separate room on the third floor of the Capitol.

The special voting area was constructed in January in the viewing gallery when all Democratic lawmakers needed to be present to elect Pelosi as House speaker.

“The honor system, as to whether somebody is vaccinated?” she said when someone asked how long she would keep the mask mandate.

“Do you want them breathing in your face, on the strength of their honor?”

Democrats blocked a resolution to end the mask mandate Wednesday, the day before Pelosi’s comments.

Pelosi said she could end the mask mandate but the unvaccinated Republican lawmakers would only be allowed on the third floor to vote.

“We could come to a place where we say if you don’t want to wear a mask and … you’re not vaccinated, don’t even come to the floor,” Pelosi said.

The House speaker and House Republicans have been in a battle over the mask mandate since Pelosi refused to change it despite the Centers for Disease Control and Prevention’s eased mask guidelines.

“Fully vaccinated people can resume activities without wearing a mask or physically distancing, except where required by federal, state, local, tribal, or territorial laws, rules, and regulations, including local business and workplace guidance,” the CDC guidance reads.

Despite the new guidelines, Pelosi told CNN’s Manu Raju that she would not be changing the rules until every representative was vaccinated.

“No,” the California Democrat said. “Are they all vaccinated?”

The Office of Attending Physician updated the mask mandate for House office building spaces and all other areas but said the mandate on the floor and around the chamber is unchanged.

“The present mask requirement and other guidelines remain unchanged until all Members and floor staff are fully vaccinated,” the guidance says, according to Politico reporter Sarah Ferris.

Watch: Whoops! Nancy Pelosi Forgot She Was on Camera and Just Busted Herself…