Snappy Kamala Described as ‘Unpredictable’ and ‘Demeaning,’ Would ‘Leave Interns in Tears:’ Ex-Staffers 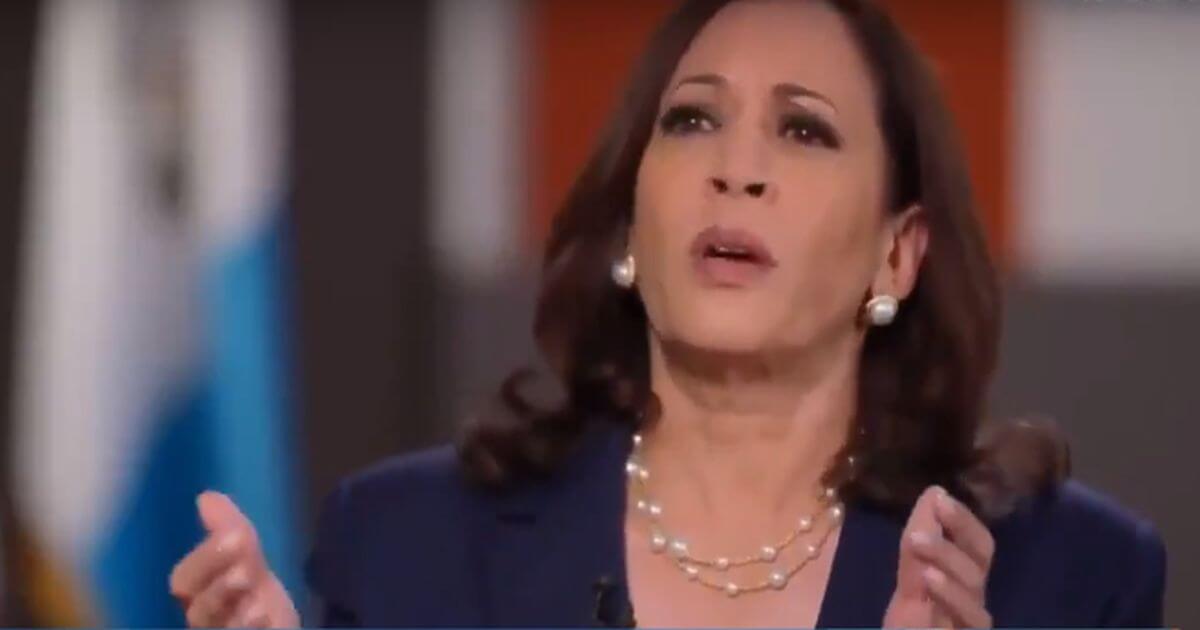 Former staffers who worked under Vice President Kamala Harris have come forward for the second time in as many weeks to describe their boss as a “demeaning” person who fosters an “abusive” workplace.

Politico first reported on June 30 that a number of Harris workers had left their jobs over the treatment they received while working for the VP.

Some had quit while others were toughing it out. While Democratic Party operative and Harris confidante Tina Flournoy was blamed for creating a toxic environment, Harris, too, was cited as a source for grief.

“In interviews, 22 current and former vice presidential aides, administration officials and associates of Harris and Biden described a tense and at times dour office atmosphere,” Politico reported. “While much of the ire is aimed at Harris’ chief, two administration officials said the VP herself also bears responsibility for the way her office is run.”

One source was quoted as having said, “It all starts at the top.”

On Wednesday, a volley of criticism was aimed at the top. Business Insider spoke to a dozen former Harris staffers who claimed they were “treated like s**t” while working for Harris.

Harris was described as being “unpredictable and at times demeaning.” Harris was also said to have a habit of leaving interns “in tears.”

The outlet spoke to people who had worked for Harris as she claimed the Democratic Party ladder as the district attorney for San Francisco’s until 2011 and California attorney general until 2017. Staffers were reportedly constantly “paranoid that she would snap at them.”

The alleged abuse reportedly went on when Harris joined the U.S. Senate and it continues to this day.

Harris has an apparent propensity toward being hotheaded and for dismissing basic manners, such as ending phone calls without a word.

“’If she called in to talk, and then changed her mind, she would just hang up the phone on you,” said one source. Another said that if Harris called and sought information, she’d simply hang up if she thought it was taking too long.

Flournoy took a lot of flak two weeks ago when Politico reported on the alleged abuse of staffers, but the woman wasn’t with Harris in her previous high-profile gigs in California — meaning Harris is now the common denominator with reared to all of the complaints.

These continued reports break another one of President Joe Biden’s promises. Biden on the day of his inauguration vowed to fire anyone accused of treating people with disrespect.

“I’m not joking when I say this: If you’re ever working with me and I hear you treat another colleague with disrespect or talk down to someone, I promise you, I will fire you on the spot — on the spot. No ifs ands or buts,” Biden said, the New York Post reported “Everybody is entitled to be treated with decency and dignity. That’s been missing in a big way the last four years.”

It didn’t take long for Biden to sweep that statement under the rug.

Harris of course always portrays herself as a happy-go-lucky, history-making and vibrant woman. But does that cackle of hers hide something more nefarious? According to those who have worked for her throughout the years, she’s a bully in a pantsuit.

Harris allegedly treats people she doesn’t view as important like garbage. That certainly might explain why she and her boss are currently putting the American people through hell.