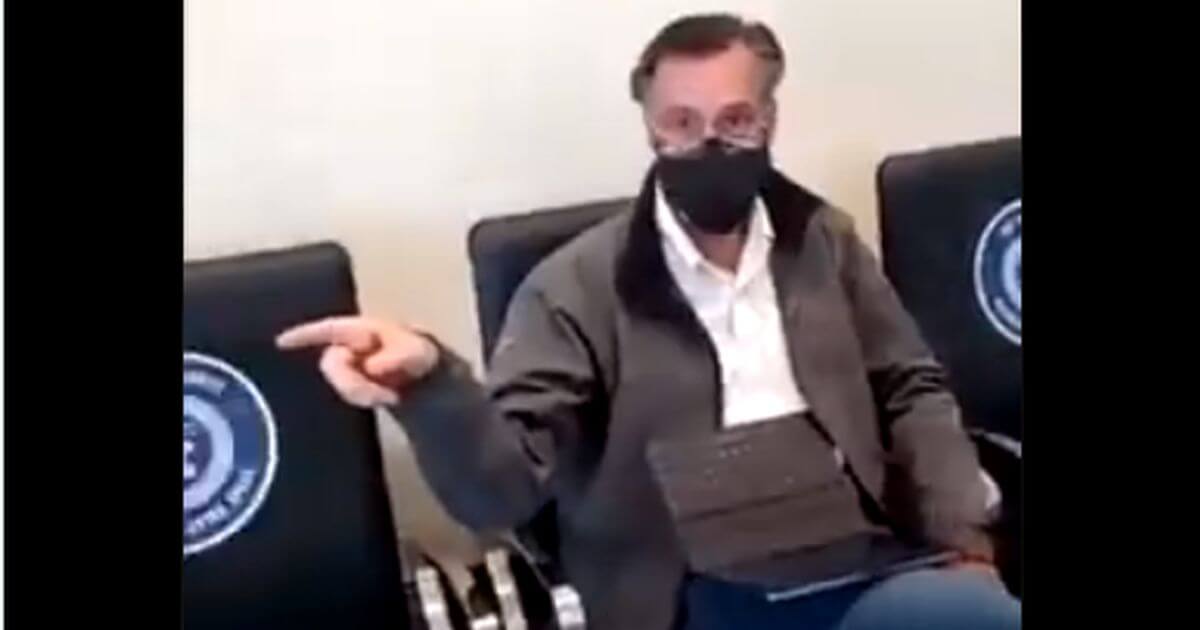 Mitt Romney feels like the houseguest who’ll never leave — and if he gets to stay in the Senate through 2030, it could be Utah Democrats who invite him back.

According to a Deseret News/Hinckley Institute of Politics poll, 50 percent of 1,000 registered voters in the state approve of the job Romney is doing compared to 46 percent who disapprove. A deeper dive into the numbers, however, reveals that split opinion isn’t buttressed by Republicans, but by Democrats.

In the poll, taken between Jan. 12 and Jan. 15, 64 percent of Republicans disapprove of Romney’s job performance. Half of those strongly disapprove.

As the Deseret News tells it: “Democrats like Romney because he is willing to speak ‘his truth’ at a time when truth is ‘something that’s not particularly in vogue’ in the GOP, said Utah Democratic Party Chairman Jeff Merchant.”

“I have to be really honest. I’m slightly flabbergasted by the number of Republicans who don’t approve of his performance,” Merchant told the newspaper.

“He’s certainly a conservative member of the Republican Party with really a singular exception, which is his unwillingness to go along with all of the antics and, frankly, undemocratic tendencies of Donald Trump.”

This is decidedly false, as anyone who takes a desultory look at opposition on the right to Romney during his 2008 and 2012 runs for the presidency can tell you; conservatives have long felt that finding a bigger RINO than Romney usually requires going on safari. (I’ll be here all week.)

I’ll concede this might be news to Democrats, who remember Romney mostly as the evil guy who put his dog on the roof of his car and said corporations are people. Whatever the case, this split was true before the 2020 election, as well. In October, another poll by Utah Policy found that Romney’s approval was almost the same, 50 percent approval to 49 percent disapproval.

Since Romney arrived in the Senate, he’s been a particular irritant to Republicans, and not just because he didn’t get along with Donald Trump. As always, Romney fashions himself as a sort of trailblazing moderate who’s liked by no one because he takes a stand for capital-T Truth.

He pointed to his father, former Michigan Gov. George Romney, as proof of that “long history.” In a 1964 article, Look Magazine declared that “party people are troubled by what [George Romney] says.”

Of course, the elder Romney torpedoed his 1968 presidential campaign in an interview on the subject of Vietnam in which he claimed to have been “brainwashed” when he supported the war. (Democrat Sen. Eugene McCarthy famously remarked that “a light rinse” would have sufficed in George Romney’s case.) I’m all for filial affection, but owning that trait as hereditary comes with pitfalls.

Whatever the case, those numbers represent a serious problem for Republicans going forward.

If and when Donald Trump recedes into memory as a political force, Mitt Romney isn’t going to become more amenable to conservatives. He’s the kind of Republican who talks loudly to anyone who’ll listen about battling for the soul of the GOP or some such nonsense metaphor. What he ends up doing is apologizing for the slightest conservative instinct he might have.

He aims to be the kind of Republican whom Democrats might theoretically like. He didn’t Trump’s back re-election bid and has made it clear he’s likely to vote to convict the former president in the upcoming impeachment trial. He was the only Republican to vote to convict Trump the first time around.

He’s succeeding — but in most cases, that doesn’t translate to votes. Romney might be different, inasmuch as a Democrat has about as much chance of winning a Senate seat in Utah as of winning the lottery.

Both Utah senators, Romney and fellow Republican Mike Lee, won their last election with over 60 percent of the vote. In Romney’s case, he beat Democrat Jenny Wilson by 62.6 percent to 30.9 percent in 2018. If you halved Romney’s vote, he still would have beaten Wilson’s percentage.

And that’s essentially what a 2024 Republican challenger would do. Assuming, for instance, you could get someone to the right of Romney to primary him. Primary voters being more conservative than the general electorate, you may well get that alternative candidate nominated — and then Romney could run as an independent, leverage his existing political base to garner more donations and, with the help of some Democrats and independents, cruise to a second term.

In short, for those thinking of primarying him, you’re damned if you do, damned if you don’t. You’re probably more damned if you pursue the former route, however, considering Romney will drift even further to the left if he considers himself an outright rebel against the GOP.

Romney’s likely not going away of his own volition, either, considering the fact he told Politico in 2019 that it was “far more likely that I’ll be here more than one term given the agenda that I have.” That agenda isn’t likely to please anyone in his own party, Trump or no Trump. Silencing it at the ballot box will be a tall order for Republicans, however, no matter how much they disapprove of him.