Sen. Kyrsten Sinema Doubles Down on Her Filibuster Stand, Calls Out Hypocrisy of Fellow Democrats 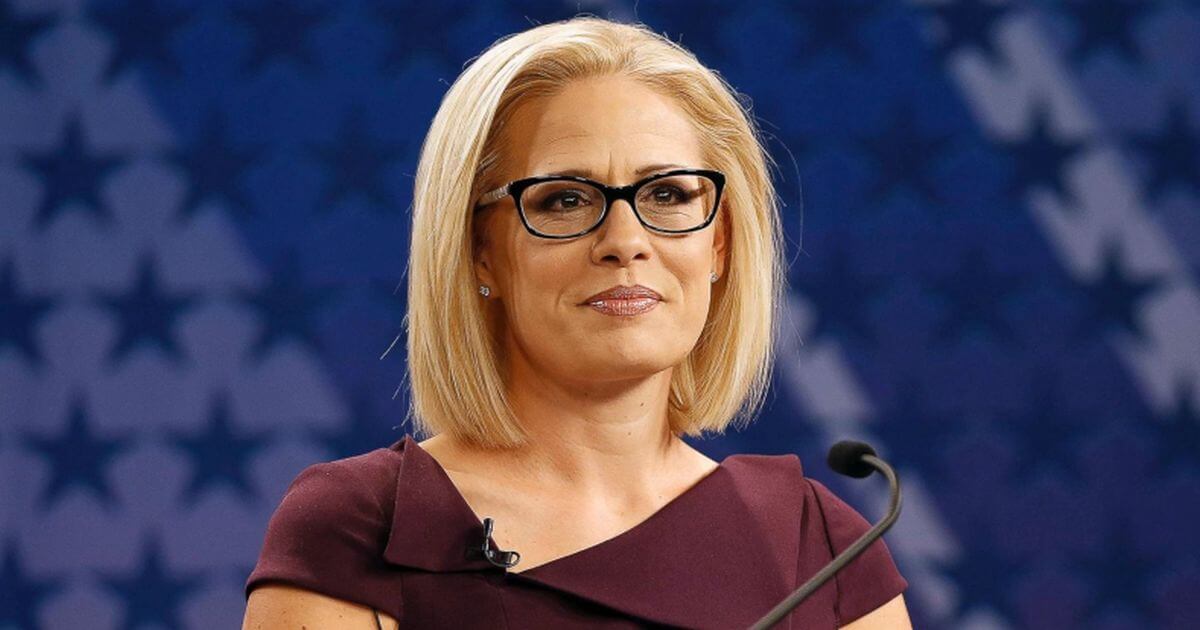 Democratic Sen. Kyrsten Sinema of Arizona on Monday said that giving democracy a partisan overhaul by ending the filibuster would be bad for America.

“Instability, partisanship and tribalism continue to infect our politics. The solution, however, is not to continue weakening our democracy’s guardrails. If we eliminate the Senate’s 60-vote threshold, we will lose much more than we gain,” she wrote in an Op-Ed in The Washington Post.

Ending the filibuster has become a Democratic cause this year because Democrats, despite a 50-50 split in senators, can win every vote that requires a simple majority through the intervention of Vice President Kamala Harris’ ability to cast the tie-breaking vote.

However, as long as the filibuster exists, Democrats would be required to get Republicans on board. Democrats were able to pass the COVID-19 relief bill through a process called budget reconciliation that allowed them to bypass the filibuster, but such a process would not be possible for most legislation.

Sinema said that although each party can score short-term victories when it is in control, the nation needs more than stopgap solutions.

“I understand bipartisanship seems outdated to many pundits. But the difficult work of collaboration is what we expect in Arizona. And I still believe it is the best way to identify realistic solutions — instead of escalating all-or-nothing political battles that result in no action, or in whipsawing federal policy reversals.”

Sinema said her arrival in the Senate as part of the majority has not changed her views.

“It’s no secret that I oppose eliminating the Senate’s 60-vote threshold. I held the same view during three terms in the U.S. House, and said the same after I was elected to the Senate in 2018. If anyone expected me to reverse my position because my party now controls the Senate, they should know that my approach to legislating in Congress is the same whether in the minority or majority,” she wrote.

The Democrat noted that control of Congress has been fleeting regardless of who is in power in any given year.

“Once in a majority, it is tempting to believe you will stay in the majority. But a Democratic Senate minority used the 60-vote threshold just last year to filibuster a police reform proposal and a covid-relief bill that many Democrats viewed as inadequate. Those filibusters were mounted not as attempts to block progress, but to force continued negotiations toward better solutions,” she wrote.

Sinema said her opposition to abolishing the filibuster is “based on what is best for our democracy. The filibuster compels moderation and helps protect the country from wild swings between opposing policy poles.”

She invoked the evils of “repeated radical reversals in federal policy, cementing uncertainty, deepening divisions and further eroding Americans’ confidence in our government.”

The senator said she is all for laying out differences in public.

“It is time for the Senate to debate the legislative filibuster, so senators and our constituents can hear and fully consider the concerns and consequences. Hopefully, senators can then focus on crafting policies through open legislative processes and amendments, finding compromises that earn broad support,” she wrote.

Sinema drew criticism for her stand.

A progressive group is launching a seven-figure ad campaign aiming to pressure Sen. Kyrsten Sinema to support abolition of the filibuster. https://t.co/TPzm8fqSug

Manchin & Sinema are exactly like the spineless Republicans in 1890 who went along with Senate filibuster of key voting rights bill. Its failure gave green-light to disenfranchisement of Black voters across South & led to Jim Crow https://t.co/CseFsgAmBT

Sinema is the second moderate Democrat to oppose ending the filibuster.

Democratic Sen. Joe Manchin of West Virginia earlier this year also took his stand in an Op-Ed in The Post.

“We will not solve our nation’s problems in one Congress if we seek only partisan solutions. Instead of fixating on eliminating the filibuster or shortcutting the legislative process through budget reconciliation, it is time we do our jobs,” he wrote.