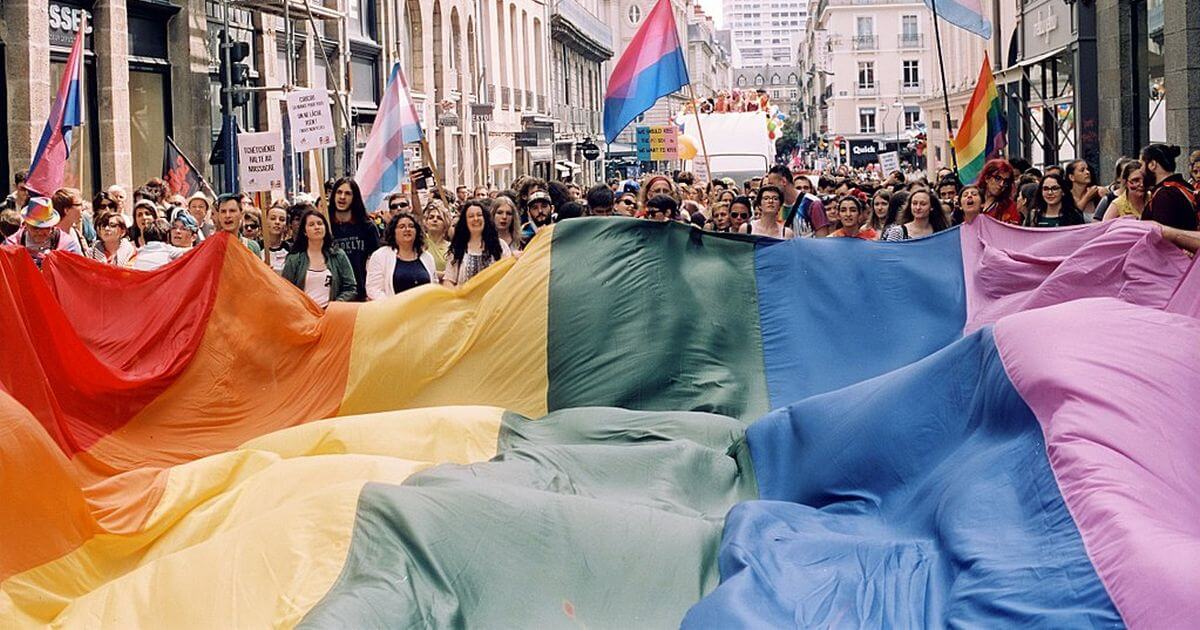 With each passing day, the left’s blatant anti-white racism is becoming more apparent.

Some leftists are now charging white people an extra “reparations fee” if they want to attend pro-LGBT events.

TAKING B(L)ACK PRIDE, a Seattle-based gay pride event, announced on June 8 that all white attendees will be charged an extra $10 to $50.

Furthermore, these white attendees will then have to wear wristbands proving that they paid the fee.

“All are free to attend HOWEVER this is a BLACK AND BROWN QUEER TRANS CENTERED, PRIORITIZED, VALUED, EVENT. The safety of Black and Brown Trans and Queer folks is PARAMOUNT and we will make sure the safety of our community is prioritized at all times,” the group announced in a Facebook post.

“White allies and accomplices are welcome to attend, but will be charged a $10 to $50 reparations fee (and given a wrist band as proof of payment) that will be used to keep this event free of cost for BLACK AND BROWN Trans and Queer COMMUNITY but to also ensure that performers can be paid well.”

This is an outright form of racial discrimination, which is clearly illegal in the city of Seattle.

“It is unlawful for any person occupying or using any park or recreation facility for any event, activity or exhibition open to the public, whether or not under a permit and whether or not an admission or entrance fee is charged, to deny to any other person the full use and enjoyment of such park and recreation facility because of race,” the Seattle Municipal Code reads.

Nevertheless, left-wing racists stand by the decision and Seattle is more than happy to refuse to enforce this law just so long as it gains them brownie points from the radical left.

No wonder that city is a hell hole.

According to KTTH-TV, the Seattle Human Rights Commission, a far-left activist group that has been appointed to advise the City of Seattle on human rights issues, stood by the event’s decision to discriminate against white people.

“Black trans and queer peoples are among the most marginalized and persecuted peoples within the LGBTQIA2S+ community,” it said.

“They often face shame not only from the cis-heteronormative community, but within the queer community at large as well. In making the event free for the Black Queer community, the organizers of this event are extending a courtesy so rarely extended; by providing a free and safe space to express joy, share story, and be in community.”

The blood, sweat and hard work of black and white Americans helped us rid the country of slavery and lead the ’60s civil rights movement.

Now, the insane, modern-day left-wing is more concerned with appeasing the LGBTQIAS+ lobby (not a joke, they’re actually still adding letters to the acronym) than with actually pursuing racial equality and harmony.

This newest example of left-wing insanity may offer one benefit, however.

Perhaps it will convince more people to stop attending these despicable propaganda seminars.

Sen. Kyrsten Sinema Doubles Down on Her Filibuster Stand, Calls Out Hypocrisy of Fellow Democrats