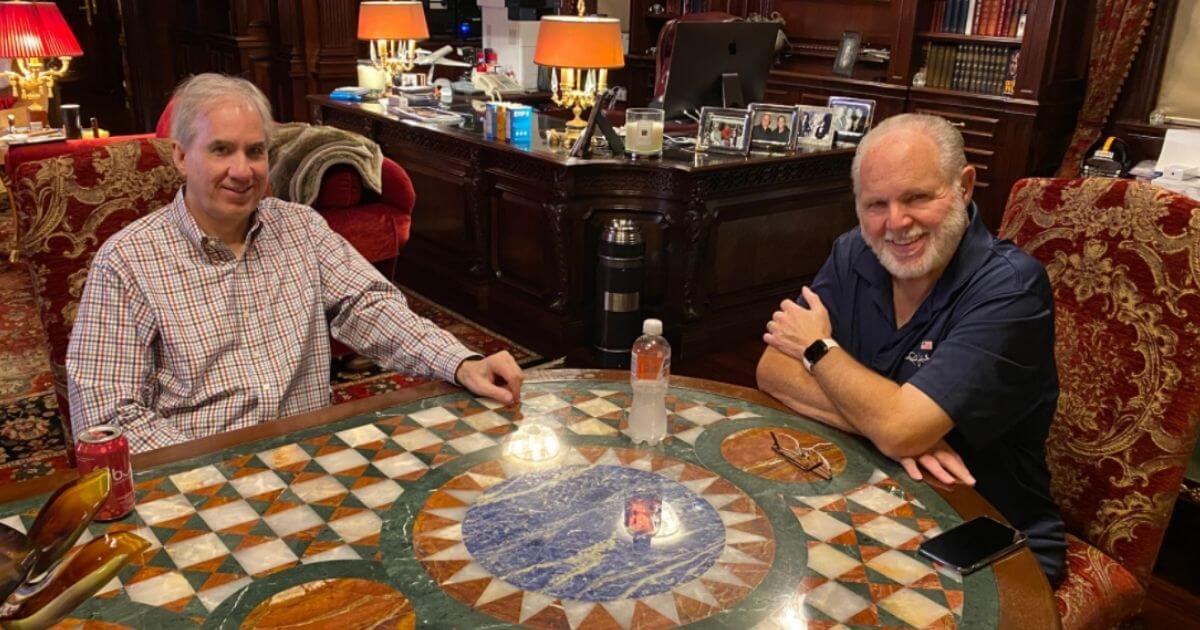 It’s been over a month since conservative talk show legend Rush Limbaugh passed away.

And ever since, the many voices of many American conservatives that would’ve otherwise remained unheard without his golden microphone, now speak in loving remembrance.

Limbaugh’s brother David, awed by the immense outpour of love his now-deceased brother’s audience continues to show, expressed his overwhelming gratitude in words every Rush fan needs to hear.

“I have no right to speak for Rush but I’m going to speak for him anyway to the extent of expressing my immense appreciation and awe at his fan’s (your) profound love for him,” he said in a Thursday tweet.

“Thank you. I knew he was loved, but wow, it is even beyond what I thought. So grateful.”

I have no right to speak for Rush but I’m going to speak for him anyway to the extent of expressing my immense appreciation and awe at his fan’s (your) profound love for him. Thank you. I knew he was loved, but wow, it is even beyond what I thought. So grateful.

Unfortunately, coinciding with the immense love his supporters express are many vitriolic comments from the left.

Even David Limbaugh’s tweet attracted some filled with the same tasteless malice we’ve seen on other threads, sites or media.

Perhaps the ‘tolerant’ left isn’t so tolerant of a diverse opinion, especially one so fiercely and defiantly expressed by someone whose voice served as a platform for conservatism.

But Rush wouldn’t want his fans to lament the left’s responses to his death.

After all, he dedicated his professional career to exposing the types of people who ascribe to leftist ideologies; now they do that for themselves.

The fact that so many leftists still celebrate his death means he did what he set out to do. And he won in the end. Rush Limbaugh may be gone, but his fans are here to stay.

Those fans reveal just how big of an impact the radio host left on the conservative movement in America.

He coalesced generations of conservative men and women, transformed those who were apolitical by instilling them with the truth and ultimately became the best friend we never met to conservatives nationwide.

He battled all this life, until the very end — most years for the interests of forgotten Americans, his lattermost against a terminal lung cancer diagnosis.

No one, regardless of political alignment, can ignore the tremendous influence Rush Limbaugh had on talk radio. He affected more lives than we’ll ever know, and now we see that our heartfelt comments full of love, support and remembrance have touched the Limbaugh family.

They know what we know: Rush may be gone, but he will never be forgotten.