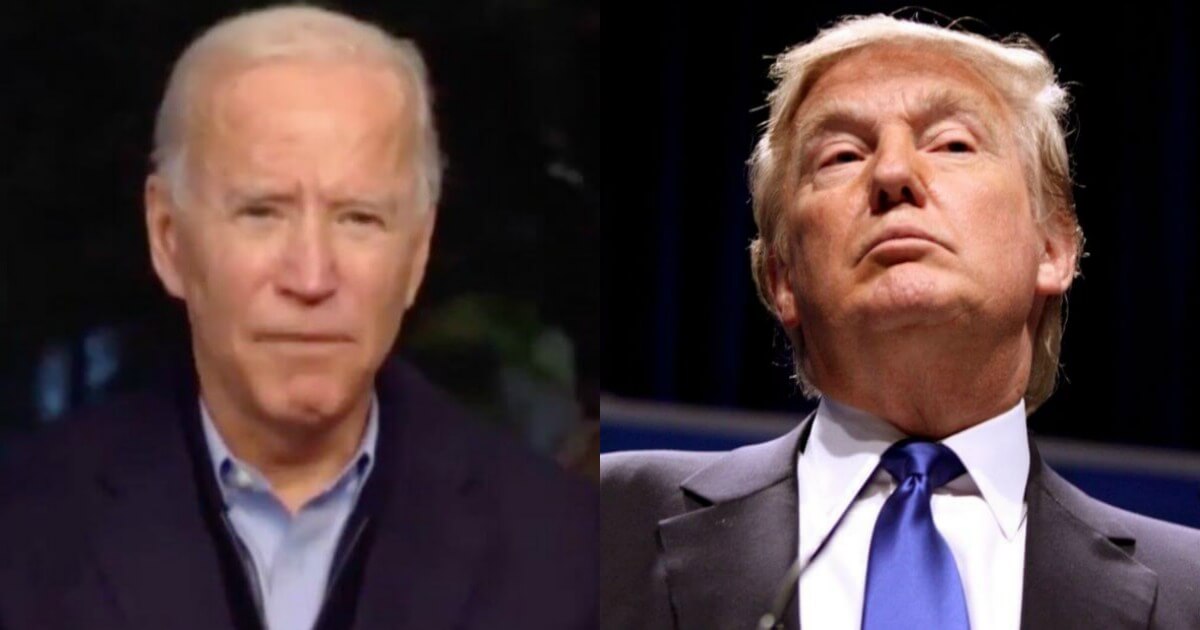 Former President Donald Trump attacked his successor, President Joe Biden, in a scathing email released on Friday that hit the White House for its failings on immigration, illegal immigrant crime and the coronavirus pandemic.

Trump, following the Jan. 6 Capitol incursion, which he was blamed for, had been uncharacteristically quiet since January. After being summarily canceled by Big Tech and impeached by the Democrat-majority House for the second time in two years, he apparently needed a breather.

But following his acquittal in the Senate last month, the man who had driven every news cycle for five years is stepping his way back into the spotlight. He appears to be rested, refreshed and ready to take the fight to the Democrats who are currently eating away at his legacy like termites.

Trump has been endorsing GOP primary candidates ahead of the 2022 midterm elections. Last week he delivered a memorable speech at CPAC in Orlando, Florida, and there is speculation he might again seek the GOP’s nomination for president in 2024.

In the meantime, Trump is back to doing in many ways what he does best: calling out the Washington swamp and the establishment politicians who inhabit it.

A week ago, Trump directed his ire at Senate Minority Leader Mitch McConnell, while he recently unleashed on GOP Rep. Liz Cheney of Wyoming — among others — in Orlando.

Friday, the target for Trump was a familiar one: Biden, who has recently sidelined Border Patrol agents and other immigration officials from being able to do their jobs through a series of America-last executive orders.

Trump nailed Biden for creating a crisis on the border in an email that reminded the country that Biden’s open-border policies have left the country’s Border Patrol agents with their hands tied behind their backs as the border is open now to human, drug and gun trafficking and the mass migration of people who might be infected with the coronavirus.

“Our border is now totally out of control thanks to the disastrous leadership of Joe Biden. Our great Border Patrol and ICE agents have been disrespected, demeaned, and mocked by the Biden Administration,” Trump wrote. “A mass incursion into the country by people who should not be here is happening on an hourly basis, getting worse by the minute.”

Trump wrote that “many have criminal records, and many others have and are spreading covid,” while noting that “Interior enforcement has been shut down — criminals that were once promptly removed by our Administration are now being released back onto the street to commit heinous and violent crimes.”

The former president added that officers with U.S. Immigration and Customs Enforcement are “desperate to remove these convicted criminals, but Biden won’t let them.”

Trump also lamented that all the progress made regarding border security and keeping border commutes safe was being undone one pen stroke at a time by the country’s Democratic president.

“The spiraling tsunami at the border is overwhelming local communities, depleting budgets, crowding hospitals, and taking jobs from legal American workers,” he wrote.

“Under Biden, it will soon be worse, more dangerous, and more out of control than ever before. He has violated his oath of office to uphold our Constitution and enforce our laws.”

Trump called for a return to mass deportations while excoriating Democrats for bringing back the Obama administration-era catch-and-release policy.

“We put in place powerful rules and procedures to stop the smuggling and trafficking, but the Biden Administration has abandoned these proven strategies and instead given the smugglers and traffickers effective control of our border,” he added.

“Despite being delayed by years of litigation and politics by the democrats, the wall is almost finished and can be quickly completed. Doing so will save thousands of lives.”

“The Biden Administration must act immediately to end the border nightmare that they have unleashed onto our Nation. Keep illegal immigration, crime, and the China Virus out of our country!” he concluded.

Trump’s email was relatively succinct, but it packed the punch of a man who hits harder than any man in modern political history. Trump has had nearly two months to recoup and recalibrate following a whirlwind, controversial 2020 election.

While the former president no longer has the social media and TV presence he did just two months ago, it’s clear that he’s back and ready to keep taking the fight to the Washington establishment.

Watch: Pelosi Giggles and Shimmies Her Shoulders While Gushing Over Biden