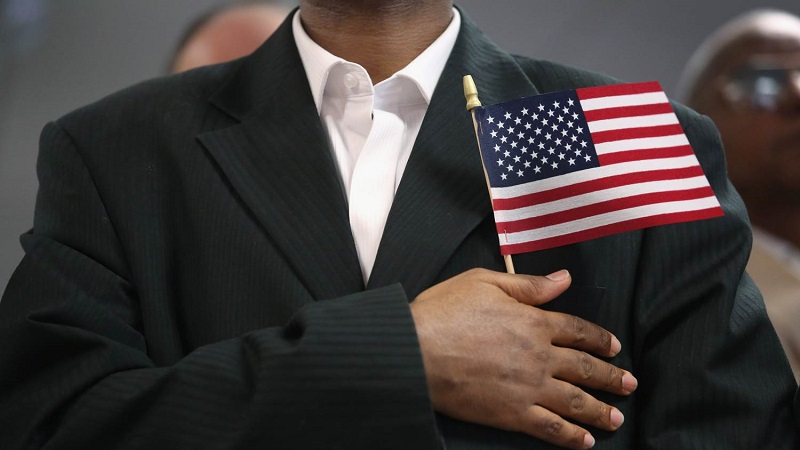 Patriotism broke out at a Colorado town board meeting last week even after the mayor tried to ban it.

Mayor Shane Fuhrman said at last Monday’s meeting that he was banning the saying of the Pledge of Allegiance at the start of town board meetings.

“Due to direct and indirect threats, inappropriate comments in and out of public meetings and general divisiveness and issues created in our community, we will not be reciting the Pledge of Allegiance during Town of Silverton trustee meetings,” Fuhrman said, according to KDVR-TV.

He did not provide details.

“We already discussed this as a board, and any other unilateral decisions we need to know about?” she said.

“If you’d like to find somewhere in the code, something that doesn’t permit me to do this, then I welcome that discussion at our next meetings,” Fuhrman responded.

Barela said the mayor was substituting his will for the collective will of the board.

“It’s been done for a long time. We all took an oath, and we as a board we decided it would be done,” Barela said.

Residents at the meeting made it clear which side they were on.

During the public comment portion of the meeting, a town resident stood to recite the Pledge.

About nine of those attending, as well as Barela and fellow Trustee Jim Harper, joined in and offered a show of defiance as they recited the Pledge, according to The Journal. Fuhrman fulminated in feeble anger as residents disregarded his efforts to stop them.

Fuhrman responded by saying that the patriots were out of order and might be forced to leave if there were more disruptions.

Demons come in all sizes, shapes, and colors.

It’s hard to put into words what kind of anti-American disgrace this is.

Mayor Fuhrman should resign and purchase a one-way ticket to China where he won’t have worry about hearing the pledge! pic.twitter.com/tjzU1cnOv0

Barela later issued a statement giving the background to the dispute, according to KDVR.

“Back in April 2020 when the newest board members were seated the mayor brought it up that he didn’t want to do the Pledge of Allegiance anymore because it’s not really a thing, it was a 4/3 vote that we continue to do it,” she said.

“By going back to in person meetings it changes the dynamic compared to what was happening on Zoom. While on Zoom the three individuals who chose not to say the Pledge of Allegiance would just turn off their cameras now that we’ve gone back to in person meetings members of the general population especially those who are veterans have been questioning why would you run for office and take an oath to uphold the laws of the United States of America the state of Colorado and the town of Silverton if you won’t stand for the pledge. Members of the public have told them that they should be ashamed of themselves.

“I personally didn’t like his unilateral decision, when we as a collective group had already decided over a year ago to continue to do the Pledge, I don’t know if it was premeditated to have it done on Flag Day, which we all know that was declared June 14, 1777 by the second continental Congress, now mayor Shane Fuhrman has made this First Amendment right issue.

“To tell members of the public they are not allowed to say the Pledge of Allegiance during public comment and threaten to have them removed that it was a one strike in you’re out policy violates every single one of their First Amendment rights,” she said.

According to the Durango Herald, which said it had reviewed meeting videos, Fuhrman and another board member have remained seated during the Pledge of Allegiance since May 3.