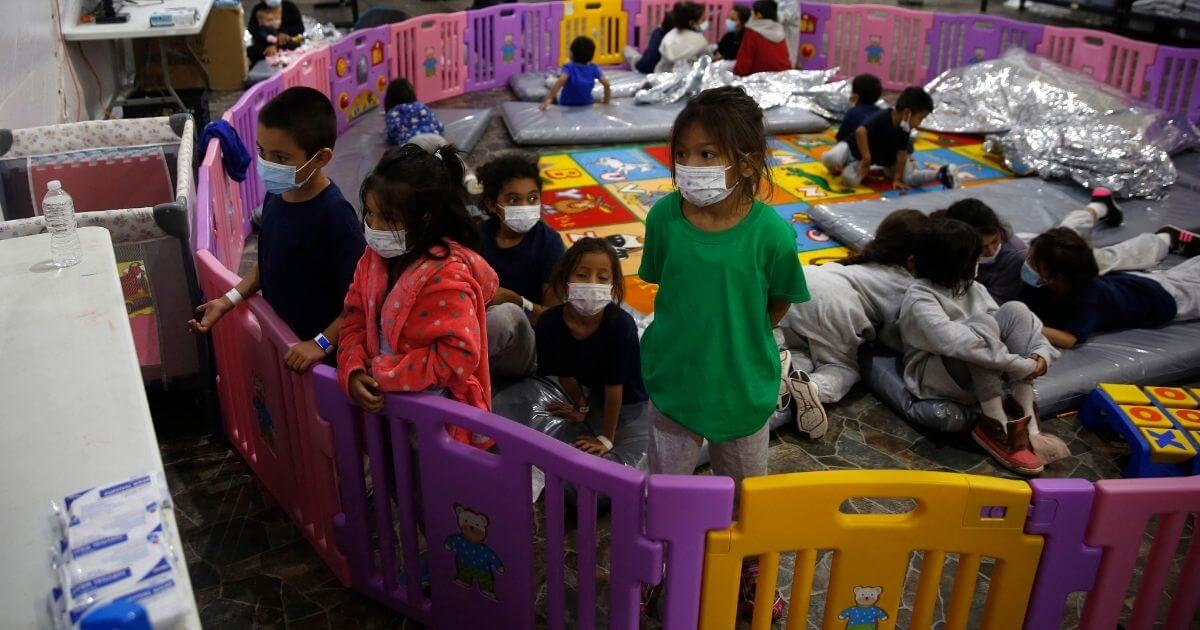 The Biden administration has reportedly awarded about $3 billion in shelter construction and management contracts to house unaccompanied migrant children since February.

The new shelters are critical as there are currently 22,000 children in government custody and there are not enough people to help reunite them with family members, The Associated Press reported.

Some of the companies that have been awarded contracts have responded to natural disasters, created quarantine quarters during the coronavirus pandemic and set up tented holding areas for migrants.

The AP reported that the Department of Health and Human Services awarded no-bid contracts worth over $2 billion to just two companies and a nonprofit: Deployed Resources LLC, Family Endeavors Inc. and Rapid Deployment Inc.

The HHS has said that the new centers are “consistent with best practices/standards in emergency response or other humanitarian situations,” but two of the new large facilities have been quickly shuttered in the past few weeks without explanation.

The news media has also been prohibited from entering the facilities once children arrive.

“When we are spending hundreds of millions of dollars, the government has to ensure that the services are being provided and that we are meeting the needs of the children,” Scott H. Amey, general counsel at the private watchdog group Project on Government Oversight, said.

Documents obtained by The New York Times show that migrant children have been moved to facilities like convention centers in Dallas and San Diego but are quickly running out of space there.

HHS has also been allowed to redirect $850 million to migrant care and an additional $850 million could be available in the coming weeks.

The administration has estimated it will need another $4 billion before the end of September to care for the migrant children.

“The Unaccompanied Children program has long relied on funding transfers to meet its mission, and this year faces the additional expense of rebuilding a decimated system while taking pandemic-related safety precautions, such as testing and social distancing,” HHS spokesman Mark Weber said in a statement Friday.

The department also announced that the time children spend in government custody has improved from an average of 42 days to about a month.

“We know the administration is dealing with huge numbers of refugees, asylum seekers and economic migrants,” Steve Rosenbaum, an attorney of La Raza Centro Legal which represents immigrant children in a long-standing legal case over conditions for migrant youth, told the AP.

“It is trying in good faith to do the right thing, but it is almost an impossible task.”

President Joe Biden has blamed the Trump administration for leaving the new administration ill-equipped to handle the surge of migrants flooding the border.

However, Biden has not asked Congres yet to pass an emergency spending bill, which could pull attention away from Democrats’ efforts to pass immigration legislation.

“It’s an emergency. It wasn’t planned or in the budget that they would have record numbers of unaccompanied kids.”