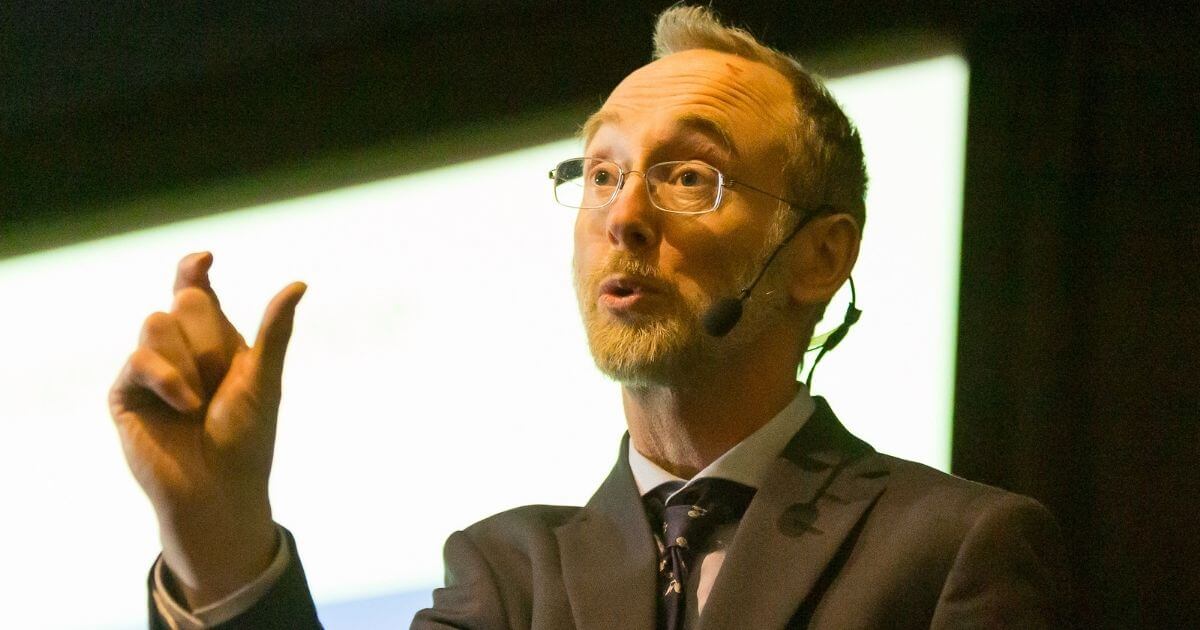 The invasion of toxic left-wing politics into academia is now so pervasive that scientists are being bullied into silence.

In the latest iteration of the “Woke Olympics,” a physician and professor of clinical epidemiology at Sweden’s Karolinska Institute has quit researching and publicly discussing COVID-19 after being terrorized by leftist mobs.

Dr. Jonas Ludvigsson’s “crime” was that he presented data that undermined the panic-stoking liberal narrative that schools should remain indefinitely shut down because of the coronavirus.

Numerous studies, including independent data analyzed by Ludvigsson, have shown that children are at minuscule risk to either contract or spread the virus.

This suggests there was no logical reason to close schools — and keep them shut down for almost a year — while children fell behind academically and suffered devastating psychological consequences.

Even flip-flopping Dr. Anthony Fauci agreed with former President Donald Trump’s push to reopen schools — at least before he decided the reopening should be tied to the Democrats’ pork-filled stimulus package.

A disaster for Fauci’s credibility.

He’s been calling for schools to reopen for months, noting that spread among children is minimal

Science changes based on what’s on the Senate floor? pic.twitter.com/hTkNm3sbwP

The mob harassment of Ludvigsson ignited over a letter he wrote to the Swedish Medical Association that was published online in The New England Journal of Medicine on Jan. 6.

The research that Ludvigsson analyzed showed that hardly any children contracted the coronavirus at school even though they didn’t wear masks.

In addition to being a professor, Ludvigsson is a pediatrician at Sweden’s Örebro University Hospital, which means he’s an expert in children’s health.

Unlike the United States, Sweden kept schools and preschools open amid the media-driven coronavirus panic pimping, which is why the data that Ludvigsson presented was so compelling. Lo and behold: The results confirmed that the left-wing hysteria was indeed unwarranted.

“Despite Sweden’s having kept schools and preschools open, we found a low incidence of severe Covid-19 among schoolchildren and children of preschool age during the SARS-CoV-2 pandemic,” Ludvigsson noted.

He found that from March through June 2020 (when the virus first began spreading in Sweden), a total of 15 children with COVID-19 were admitted to an ICU. None of them died, even though several were immunocompromised due to serious underlying health problems.

“That is the equivalent of 0.77 intensive care patients per 100,000 children in that age group,” Ludvigsson wrote.

“Four of the children had an underlying chronic coexisting condition (cancer in 2, chronic kidney disease in 1, and hematologic disease in 1). No child with Covid-19 died.”

Since he wrote his letter, Ludvigsson said he has been barraged with violent threats, hostile media smears, angry letters, emails and other harassment, according to a Feb. 18 report in The British Medical Journal.

“He told the journal of the Swedish Medical Association (Lakartidningen) that for a week he woke up at 3 am every night and could not get back to sleep and that he had now lost his ‘appetite for covid-19 — both when it comes to speaking out and researching,’” the report said.

“He has decided to quit researching and debating covid-19. He is trying to put the experience behind him and has said that he will not talk to the media about what happened.”

This mob bullying and censorship of anyone who questions or contradicts the left-wing narrative on anything has now metastasized into the fields of science and math — which are supposed to be objective and fact-based.

The level of ridiculous. 😂 The Oregon Department of Education is promoting a course for teachers that links math lessons to racism and a culture of “white supremacy.”https://t.co/qLSKhQBhr0

Last year, a pair of California emergency room physicians were censored for saying herd immunity was a better strategy for combatting the coronavirus than extended, unscientific lockdowns.

After being viciously attacked online and silenced by liberal mobs, new research now suggests that these doctors were right all along.

Last month, a surgeon and researcher at the Johns Hopkins University predicted that COVID-19 could be gone as early as April. Why? Because plunging infection rates suggest the United States is on the verge of achieving herd immunity.

It’s difficult to “follow the science” if the left is going to keep attacking and silencing the scientists.