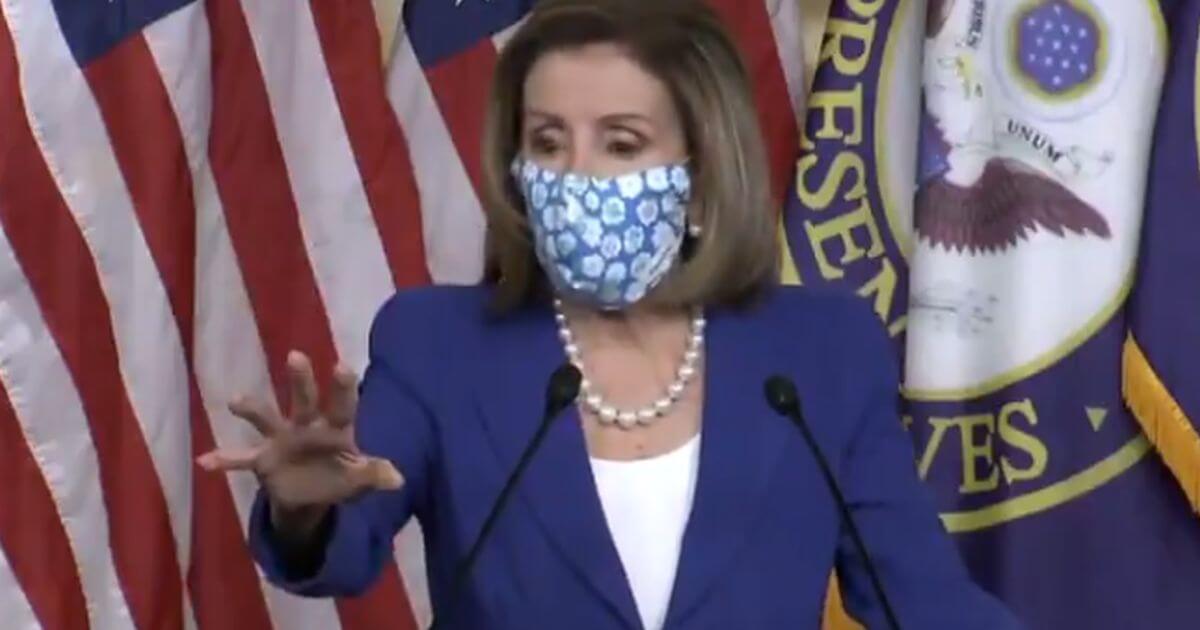 A Presbyterian minister is suing Democratic House Speaker Nancy Pelosi, the U.S. Capitol Police and Vice President Kamala Harris in a last-ditch effort to hold a Good Friday vigil at the barricaded Capitol in Washington, D.C.

Fencing and restrictions were both put in place around the Capitol after the Jan. 6 incursion amid concerns that more violence could take place.

Although no incidents have taken place since then, access to the Capitol remains restricted. An outer ring of fencing was removed last week, but an inner ring remains, according to USA Today.

Rev. Patrick Mahoney of Fredericksburg, Virginia, is suing the above-mentioned parties because, despite some relaxation of security, he is not being allowed access to the Capitol grounds as he has in the past.

“Plaintiff desires to host a prayer vigil on Capitol grounds on April 2, 2021 — the traditional Christian observance of Good Friday — for the express purpose of beseeching God’s healing from the divisiveness and anxiety lingering over our nation since the tragic events of January 6, 2021,” his lawsuit reads.

The suit notes that the Capitol is “the exact same location where he held his Good Friday prayer vigil in 2020. In 2020, Plaintiff worked with Capitol Police to ensure that he was able to safely hold a prayer vigil on Capitol grounds even though COVID-19 was constraining the nation.”

Mahoney’s lawsuit adds that the issue is bigger than his proposed vigil.

“The sidewalks and other public grounds appurtenant to and surrounding the United States Capitol, traditional public forums, are currently fenced off to the public and have been since January 6, 2021. Plaintiff’s speech has been unconstitutionally deemed unworthy by the Defendant,” his lawsuit reads.

The suit alleges that denying him the right to hold his vigil is a “prior restraint on speech.”

“In closing the sidewalks and public areas around the Capitol, including the Lower Western Terrace Plaintiff seeks to utilize, Defendants have effectively created a no-speech zone around the nations Capitol. Defendants prevent any First Amendment activities on/in these areas, even though no specific threat to the Capitol has been identified in justification,” the lawsuit reads.

The lawsuit further adds that Mahoney has no idea when — or if — free speech will be restored to the area near the Capitol.

“Defendants further refuse to inform the Plaintiff of when public sidewalks surrounding these halls of power may once again be utilized for public speech,” the lawsuit reads.

Stating that “[s]peech directed at influencing the government is sacred in our form of government,” the lawsuit notes that actions prohibiting Mahoney and others who may want to use the site for free speech purposes “violate the Constitution by investing public officials with the authority to decide which speech is appropriate on Capitol grounds.”

In the suit, Mahoney describes himself as “an ordained Presbyterian Minister” who “holds firm the belief that Jesus Christ is Lord and Savior.”

“Plaintiff Mahoney firmly believes that he has been commissioned by the Lord Jesus Christ to spread the good news of the gospel, and to speak out in support of human rights and justice.”

“The Plaintiff is a peaceful man of God and feels called upon to pray for the United States. He wants to do so at the same place where the attempted and failed insurrection took place. The Plaintiff strongly denounces the criminal conduct by the rioters on January 6, 2021, and cries out against the violence and loss of life that took place that fateful day in this nation’s history,” the lawsuit reads.

“The Plaintiff asserts that he does not pose a national security threat to the United States, nor to the House of Representatives, nor the Senate, nor the Capitol Police Department and their officers, nor the Capitol Building and/or surrounding grounds.

“The Plaintiff only wants to discharge his obligation to God Almighty by praying for a healing for the United States, all of our elected leaders, the people of this nation, and for the Defendants in this action.”

According to Mahoney’s suit, rejecting his bid to hold a vigil “effectively created a no-speech zone in one of the most important public forums in the nation” even though “there is no specific threat to the Capitol Building, or surrounding grounds, that warrants, nor justifies, a continuation of the trampling of First Amendment activities on the grounds of the Capitol Building.”

According to Fox News, the Capitol Police emailed Mahoney that the place he sought to hold his vigil was “restricted.”

Mahoney was instead given the option to appeal to hold a vigil near a sidewalk location he said was “quite far from where [he] wanted to be.”

The reverend’s lawsuit was filed by the Center for American Liberty.

“Denying a minister and faithful parishioners the ability to pray outside the U.S. Capitol is unfathomable and violates First Amendment guarantees for traditional public forums,” the center’s CEO Harmeet Dhillon said in a statement.

Johnson and Johnson 'Vaccine' Leaves Man in Emergency Room As Skin Peels Off His Entire Body...Does This Happen With Normal Vaccines?