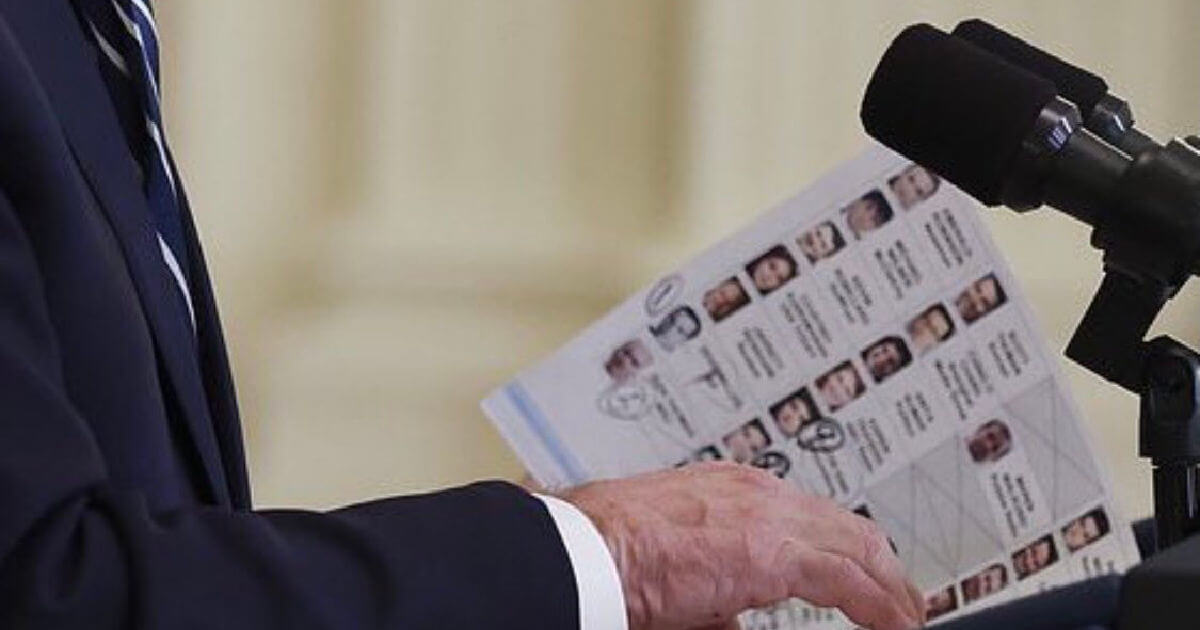 Remember when former President Donald Trump would step off of Marine One and take any and every question from virtually every reporter standing around? Not only did he make that a regular thing, but he gave clear, concise answers to those questions, no matter if you agreed with his take on it or not.

On the other hand, now we have 78-year-old, possibly Dementia-ridden President Joe Biden, who was expected to do poorly during his first press conference after taking office 64 days prior, but nobody expected the ordeal to be quite as horrific (and sad) as it was.

Aside from his state of very obvious confusion during the event, viewers across the world noticed that not only was he picking pre-selected reporters in the audience, but for the bulk of many of the softball questions he took from the activist media, he had to constantly refer to his note cards.

This guy couldn’t even give a straight answer to an easy question without looking down several times to keep his mind on track. It was an embarrassment for the White House, for America and perhaps most critically, an embarrassment on the world stage.

Check out some of the pictures that have emerged of his “cheat sheets” that he kept looking down at.

The cards below clearly show the reporters he was directed to call on, in order. It also had large portraits of each reporter, presumably so he wouldn’t be more confused.

Joe Biden had a cheat sheet of all the reporters with numbered circles by the ones he was supposed to call on.#Scripted pic.twitter.com/7jyhJgaH2n

The following are clear pictures of his talking points — something that Trump would have never dreamed of using because, quite frankly, as the leader of the free world, one should be able to tackle those questions without help.

NEW: Another photo of Biden’s cheat sheet for his press conference emerges pic.twitter.com/RJ5GF8Ffdp

One Twitter user reminded everyone that, sadly, his press conference was Biden at his best.

The joe biden that everyone saw to today was joe at HIS BEST!

They had him pumped up on meds, freshly injected blood supply, vitamin shots taken, etc etc

Even had his ear piece securely in place & his cheat sheet in place!

It goes without saying that at least half of the country already missed Trump, but after yesterday’s humiliation on the world stage, that sentiment grew even deeper. It’s scary and unbelievable that this man is the representative of the free world.

And it’s only going to get worse…