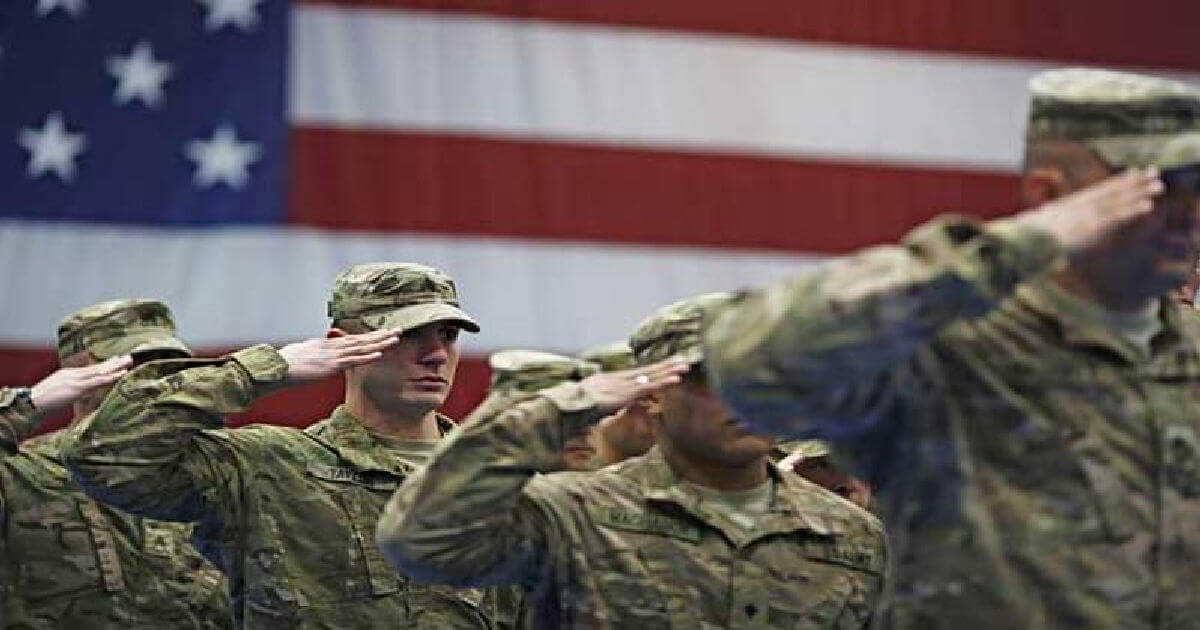 Joe Biden’s Defense Secretary Llyod Austin sent a “stand down” order to military leaders on Wednesday “to spend time talking to their troops about extremism in the ranks of the U.S. armed forces,” reports the Epoch Times.

The report states that “Chief Pentagon spokesman John Kirby said Austin met with all the military service chiefs and secretaries on Wednesday and told them he was ordering a ‘stand-down’ by all units in the next 60 days. While details of the initiative are still scant, Kirby said Austin is determined to address extremism in the ranks of the U. S. armed forces and is gathering more information about how best to address the problem.”

Joe Biden shows he is going to weaken our military and push for amnesty during a pandemic.

Defense Secretary Llyod Austin never made his opinions on getting rid of the “racists and extremists” from the military a secret. Still, he never gave his definition for who he deems to be a “racist and extremist.” With Democrats labeling all Conservatives, all MAGA people as racists and extremists, you have to assume that a Joe Biden pick agrees with the Democrat definition.

At his confirmation hearing, Austin said, “We owe our people a working environment free of discrimination, hate, and harassment.” Austin promised to “fight hard to stamp out sexual assault, to rid our ranks of racists and extremists, and to create a climate where everyone fit and willing has the opportunity to serve this country with dignity.”

The Epoch Time reports that although Democrats would like you to believe the narrative that the military is full of white bigots who need to be expelled, a current poll of active military members says that’s just not true. “The survey, which was designed to assess both self-reported experiences of racial/ethnic harassment and discrimination in the military as well as the climate surrounding the issue, found that most members denied problems with hate crimes (90 percent), gangs (88 percent), and racist/extremist organizations (86 percent) at their duty station.”

Kirby didn’t give a timeline for when the ‘stand-down’ order would end and that training materials were still being created and sent out to the troops to aid in their unit discussions.

Do you know who benefits the most when the American military is focused on a nothing burger rather than protecting the United States citizens? China. Why is Biden making it so easy for China?

Non-sedated Human Beings "Scream With All Their Might In Sheer Agony,” China's On-Demand Organ Harvesting of Millions of "Fresh and Alive" Human Beings Confirmed