Outraged Female Athletes Told to ‘Be Quiet,’ as Olympics Open the Door for Trans Competition with Women 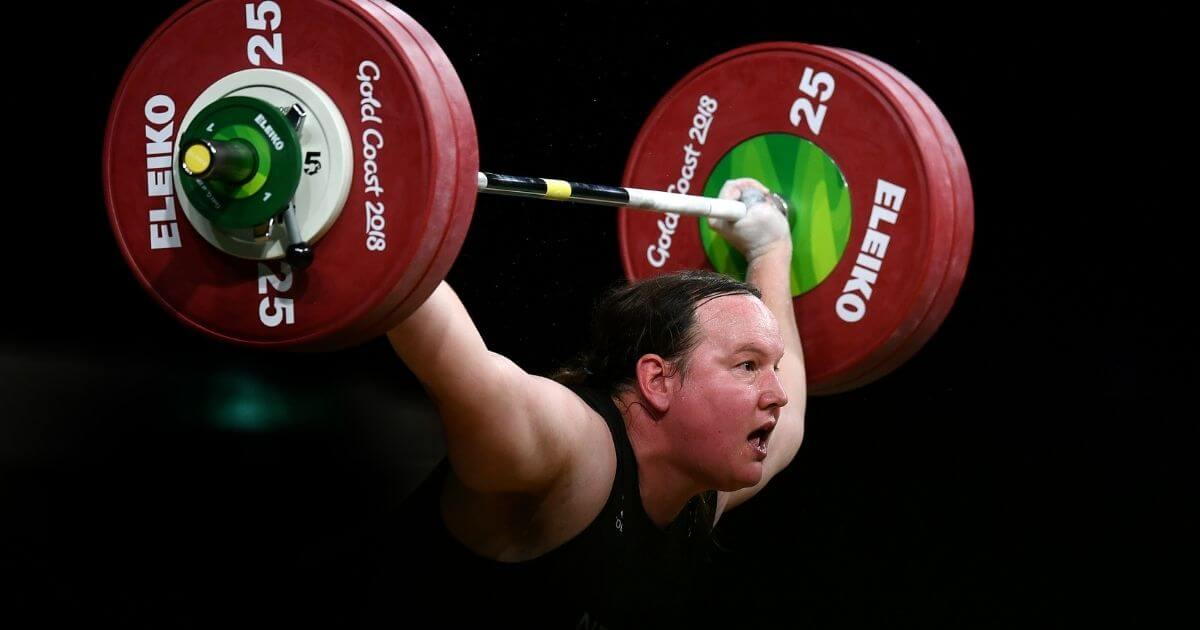 Kiwi weightlifter Laurel Hubbard, a man who identifies as a woman, may actually be allowed to compete against female athletes in the upcoming Tokyo Summer Olympic Games.

As TVNZ-TV reported, the International Weightlifting Federation modified its qualification criteria for Olympic participants on Thursday, opening up the possibility of Hubbard competing against women.

For many female athletes, the thought of competing against a male has already led to concerns about competition fairness.

According to former female weightlifter Tracy Lambrechs, many of these women are not having their complaints heard, no matter the legitimacy of their worries.

“We’re all about equality for women in sport but right now that equality is being taken away from us.”

“I’ve had female weightlifters come up to me and say, ‘What do we do? This isn’t fair, what do we do?’”

“Unfortunately, there’s nothing we can do because every time we voice it we get told to be quiet,” Lambrechs added.

The debate surrounding female-identifying males competing in women’s sports is not limited to Olympic weightlifting competitions. Many females have been deprived of athletic achievements in forced competition with men who identify as the opposite sex.

After a federal district court dismissed the legal challenge, one of the girls called the ruling “discouraging,” noting the unfair advantages men naturally have over women like her.

“Female athletes like me should have the opportunity to excel and compete fairly,” she said. “No girl should have to settle into her starting blocks knowing that, no matter how hard she works, she doesn’t have a fair shot at victory.”

In addition, a study published last year in the British Journal of Sports Medicine found that, even after an entire year of hormone therapy, female-identifying men maintain a biological advantage over women.

While transgender individuals do not have to be barred from athletic competitions altogether, biology is relevant in sports. Despite their efforts, no one can suppress their natural sex, and society should stop encouraging people to try.

Gender Dysphoria Should Be Treated, Not Affirmed

All of this suggests that the politicization of the transgender issue has done more harm than good.

While their intentions may be honorable, not only have transgender advocates forced unfair competitive standards upon female athletes, but their actions have done little to help the people they claim to support.

In an April 29 statement provided to The Western Journal, Dr. Grazie Pozo Christie, a radiologist and policy adviser to The Catholic Association, offered insight into effective treatment for gender dysphoria patients.

Instead of affirming an individual’s transgenderism, the doctor recommended helping the patient “come to terms with their bodily reality.”

“Especially if the patient is a child, the vast majority of whom outgrow gender dysphoria as they mature,” Christie wrote.

“Hormonal assaults and surgical alterations do not cure dysphoria, as is shown by the persistence of feelings of distress, and even their worsening, after ‘affirmation.’”

Christie also said that the “politicization” of transgenderism and gender dysphoria has only “hurt patients,” discouraging them from pursuing “non-invasive, supportive therapy for their psychological distress.”

“It has especially hurt children, who have ended up infertile, of short stature, and hooked to hormones for life when simple supportive talk therapy could have cured them of their psychological disturbance.”

If transgender advocates truly want to help people, then they should stop encouraging individuals to pursue an identity that prevents them from embracing the unique dignity of their natural sex.

It Looks Like Feds Threw an Unaware Cop Against a Hardened Criminal, Minutes Later Officer Executed