NYT, Washington Post and NBC All Forced to Retract Claims That FBI Warned Giuliani About Russia 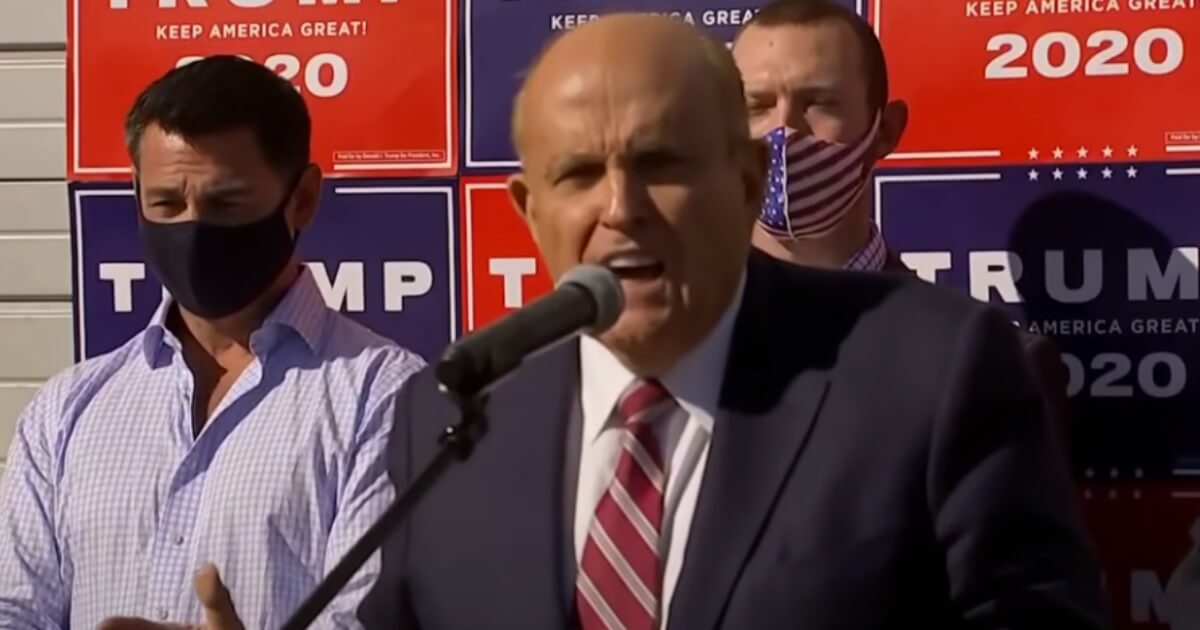 The Washington Post, The New York Times and NBC News retracted aspects of their reports regarding claims that the FBI briefed former President Donald Trump’s lawyer, Rudy Giuliani, about how he was allegedly being targeted by Russia.

The Washington Post’s Thursday report originally said that Giuliani was warned about being a possible target of a Russian influence campaign after the FBI became aware of this in late 2019. The newspaper reported that One America News Network, a conservative cable news outlet, was given the warning as well.

The Post said Saturday that it had withdrawn statements in its report alleging that Giuliani and OAN had received such warnings.

“An earlier version of this story, published Thursday, incorrectly reported that One America News was warned by the FBI that it was the target of a Russian influence operation,” the correction said.

“That version also said the FBI had provided a similar warning to Rudolph W. Giuliani, which he has since disputed. This version has been corrected to remove assertions that OAN and Giuliani received the warnings,” The Post continued.

The New York Times report discussed the FBI’s investigation into Giuliani, stating that the firing of former U.S. Ambassador to Ukraine Marie Yovanovitch was the probe’s focus and that Giuliani had received a “formal warning” about Russian disinformation from the FBI.

The Times issued a correction of certain statements on Saturday, stating that Giuliani never received the defensive briefing that it had originally reported as having occurred.

“An earlier version of this article misstated whether Rudolph W. Giuliani received a formal warning from the F.B.I. about Russian disinformation,” The Times said. “Mr. Giuliani did not receive such a so-called defensive briefing.”

NBC also reported that the FBI gave Giuliani a defensive briefing about the 2019 Russian influence operation. The outlet issued a correction Saturday, suggesting the FBI prepared a briefing, but that Giuliani never received it.

NBC said this correction of statements came after a source said Giuliani did not receive the briefing because of concerns surrounding how that might complicate the investigation into Giuliani.

“An earlier version of this article included an incorrect report that Rudolph Giuliani had received a defensive briefing from the FBI in 2019 warning him that he was being targeted by a Russian influence operation,” NBC said.

“The report was based on a source familiar with the matter, but a second source now says the briefing was only prepared for Giuliani and not delivered to him, in part over concerns it might complicate the criminal investigation of Giuliani,” the correction reads.

“As a result, the premise and headline of the article below have been changed to reflect the corrected information.”

Giuliani is now demanding that the news outlets “reveal their sources who lied and targeted an American Citizen,” according to a tweet he posted Saturday.

On a Saturday, the Washington Post added this correction to their defamatory story about me. The Washington Post and the NYT must reveal their sources who lied and targeted an American Citizen. #msnbc , #cnn forgot to mention the corrections today. #fakenews #badpeople pic.twitter.com/NhBX7EwQdk

Giuliani said in a statement issued by his lawyer he has not done anything wrong and that the raids conducted at his home and office last week exhibited a “corrupt double standard” by the Justice Department.

“There was no justification for that warrant, it is an illegal, unconstitutional warrant,” he told Fox News host Tucker Carlson on Thursday, according to The Hill.

“I’ve never represented a Ukrainian national or official before the United States government,” Giuliani also said Thursday on Fox in the wake of the raids, Reuters reported.