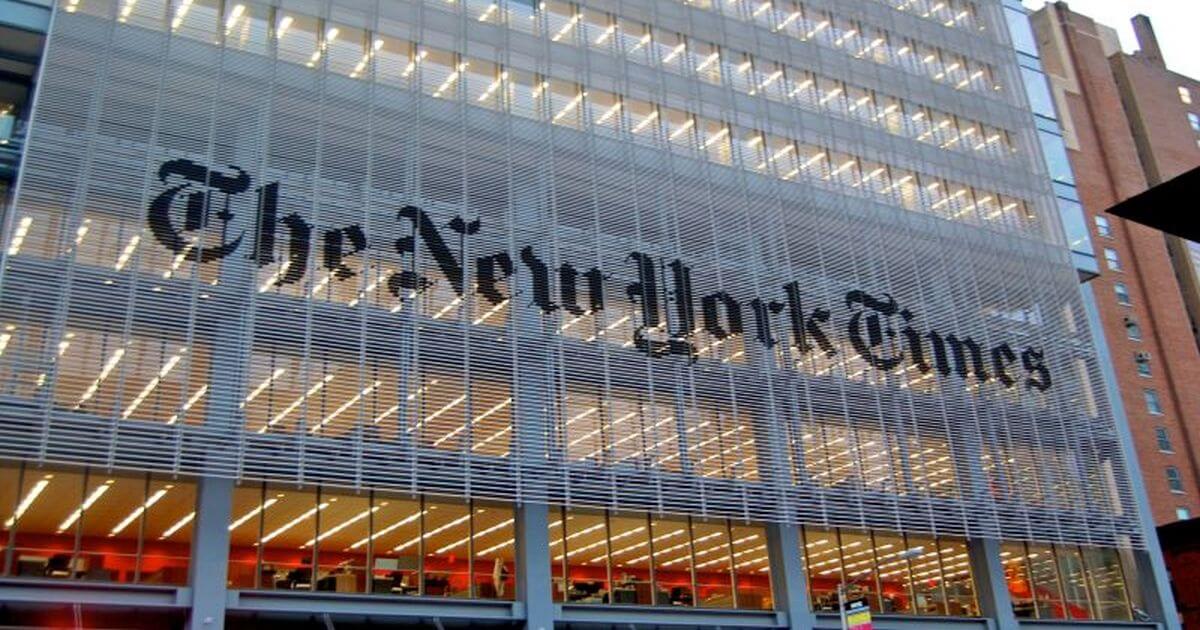 Now that Joe Biden is in the White House, there’s a lot of talk about what he should do regarding “disinformation” and “misinformation.”

The proposals on dealing with them are vague, as are the meanings of the words themselves. When those voices have been explicit, what they’ve said should alarm Americans.

For instance, take the numerous calls for advertisers to boycott Fox News or for cable carriers to drop it. The New York Times’ Nicholas Kristof was far from the only one saying the channel should be held to account — but he was the most ridiculous, saying the network was akin to an “extremist madrasa.”

Also in The Times, Thomas Friedman said Facebook should “surprise us by once and for all stopping the elevation — for profit — of news that divides and enrages over more authoritative, evenhanded news sources.” (Like his paper, natch.)

This sentiment wasn’t just confined to the Gray Lady.

The co-founder of fact-checking service PolitiFact floated a bipartisan commission on “misinformation” that would consider, among other things, “regulations and new laws.”

Axios noted, shortly after Twitter banned then-President Donald Trump from the platform, that “[d]espite much outcry, the U.S. government has done next to nothing to regulate misinformation on large tech platforms — leaving the companies to set their own rules, which are often changed on the fly.” The clear message: That should change.

The Times’ Kevin Roose thinks that should go further. He did a survey of experts, one of whom said that it’s time for the Biden administration to set up a “truth commission” on misinformation. Several others said the president needed to appoint a “reality czar.”

“It actively exacerbates our biggest national problems, and creates more work for those trying to solve them. And it raises an important question for the Biden administration: How do you unite a country in which millions of people have chosen to create their own version of reality?”

Roose, who describes himself as having “spent the past several years reporting on our national reality crisis,” said he “called a number of experts and asked what the Biden administration could do to help fix our truth-challenged information ecosystem, or at least prevent it from getting worse.”

The takeaway was that he needed to find better experts.

First, the most onerous part of Roose’s article.

“Joan Donovan, the research director of Harvard University’s Shorenstein Center on Media, Politics and Public Policy, suggested that the Biden administration could set up a ‘truth commission,’ similar to the 9/11 Commission, to investigate the planning and execution of the Capitol siege on Jan. 6,” he wrote.

“This effort, she said, would ideally be led by people with deep knowledge of the many ‘networked factions’ that coordinated and carried out the riot, including white supremacist groups and far-right militias.”

“There must be accountability for these actions,” Donovan told The Times. “My fear is that we will get distracted as a society and focus too much on giving voice to the fringe groups that came out in droves for Trump.”

While a focus on “white supremacist groups and far-right militias” should be a priority in the wake of the Capitol incursion, that’s the job of law enforcement. Nowhere does Donovan answer how a Capitol riot commission would discover things that an FBI investigation wouldn’t, or how a body similar in scope to the 9/11 Commission — a panel tasked with sorting through millions of documents and over a thousand of interviews to determine the aegis of the most deadly terror attack in human history and the intelligence failures that allowed it to happen — was necessary and appropriate.

If she gave an answer as to what “accountability” was, that wasn’t included. Nor was an explanation to how we would get “distracted as a society” and thus end up “giving voice to the fringe groups” that caused the Capitol riot. Wouldn’t our distraction remove these groups’ voices?

Again, if these were the best quotes Roose could pull from his interviews, it should have been a sign he needed to conduct more interviews.

Onto the next distressing agenda item. “Several experts I spoke with recommended that the Biden administration put together a cross-agency task force to tackle disinformation and domestic extremism, which would be led by something like a ‘reality czar,’” Roose wrote.

He apparently was anticipating your reaction. “It sounds a little dystopian, I’ll grant. But let’s hear them out.

“Right now, these experts said, the federal government’s response to disinformation and domestic extremism is haphazard and spread across multiple agencies, and there’s a lot of unnecessary overlap,” Roose wrote.

“Often, she said, the same people and groups are responsible for spreading both types. So instead of two parallel processes — one at the Centers for Disease Control and Prevention, aimed at tamping down Covid-related conspiracy theories, and another at the Federal Election Commission, trying to correct voting misinformation — a centralized task force could coordinate a single, strategic response.”

The example given, via linked material, is former Trump team lawyer Sidney Powell. Once she moved on from “release the Kraken” rhetoric, she took up anti-vaccination causes. The theory is that actors like Powell and others could be more effectively deplatformed via the czar and their commission.

“This task force could also meet regularly with tech platforms, and push for structural changes that could help those companies tackle their own extremism and misinformation problems. (For example, it could formulate ‘safe harbor’ exemptions that would allow platforms to share data about QAnon and other conspiracy theory communities with researchers and government agencies without running afoul of privacy laws.) And it could become the tip of the spear for the federal government’s response to the reality crisis,” Roose wrote.

That’s not necessarily a task force so much as it is a pressure group aimed at getting tech platforms to quash certain kinds of speech, much of it likely not dangerous.

There’s no “help” involved here, at least not when the government is aiming to “push for structural changes.”

It’s a blatant call for censorship — and one that wouldn’t look so appealing if a Republican were in office, either. (Then it would sound dystopian, Roose would probably agree.)

It also assumes that the kind of person willing to believe Powell on vaccines, say, would buy the edicts of a “reality czar.”

What I find amazing about Roose’s piece — and nearly every other screed calling for the Biden administration to wade into the muck of “disinformation” regulation — is that there’s no mention of mission creep. There’s no worry that, far from just going after members of the Oath Keepers or the Proud Boys, the “truth commission” or “reality czar” might target other unpopular viewpoints. After all, if Fox News is an “extremist madrasa” hiding out on your cable box, shouldn’t that be a logical next step? One always walks away from these pieces with the impression that mission creep would be a feature, not a bug.

These enterprises put a quote from George Orwell in mind, although not from the source you might think. In his 1946 essay “Politics and the English Language,” Orwell cautioned against those who would pull vague words and phrases from the political lexicon to hide their motives.

“The word Fascism has now no meaning except in so far as it signifies ‘something not desirable’. The words democracy, socialism, freedom, patriotic, realistic, justice, have each of them several different meanings which cannot be reconciled with one another. In the case of a word like democracy, not only is there no agreed definition, but the attempt to make one is resisted from all sides,” he wrote.

“Words of this kind are often used in a consciously dishonest way. That is, the person who uses them has his own private definition, but allows his hearer to think he means something quite different.”

Keep that in mind when you hear commentators pitch vague ideas about “disinformation” and how the Biden administration should deal with it.

Biden DHS Will Not Prioritize Americans Before Illegals for Vaccine Distribution