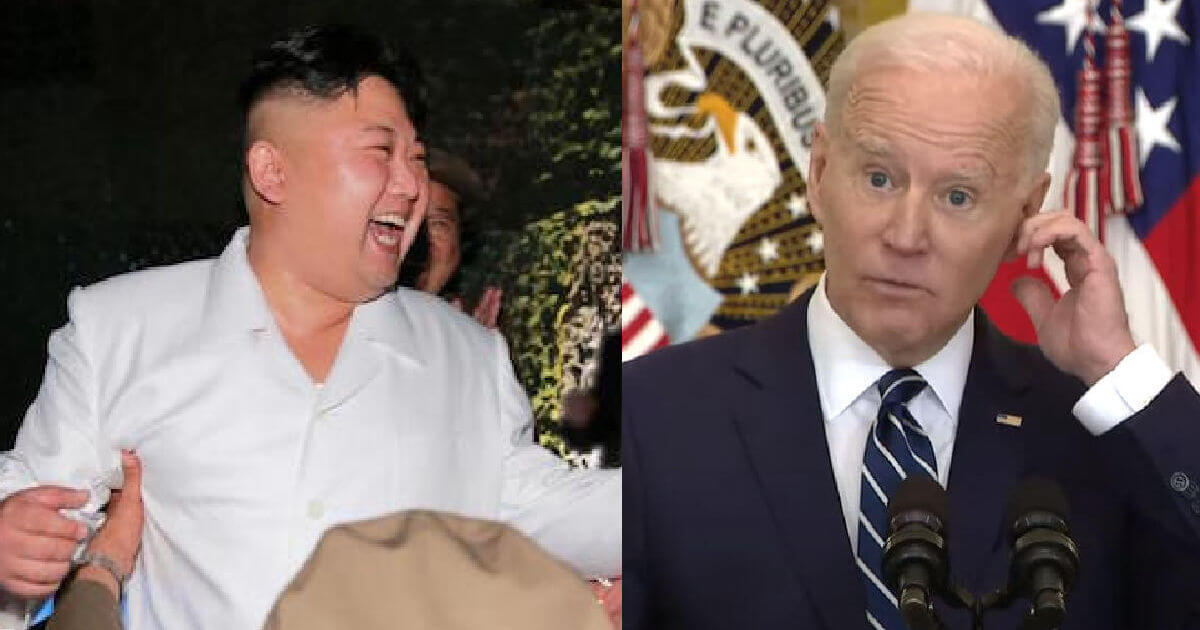 North Korea responded to remarks made by President Joe Biden last week by saying Biden had antagonized the country.

In his address to Congress on Wednesday, Biden said the nuclear programs of North Korea and Iran presented “serious threats to American security and the security of the world.”

He spoke of dealing with the two nations “through diplomacy as well as stern deterrence.”

That did not sit well in North Korea, which was a major target of former President Donald Trump’s foreign policy in an attempt to rein in its nuclear arsenal that had expanded under former President Barack Obama.

Talks between the U.S. and North Korea foundered in 2019.

“It is certain that the U.S. chief executive made a big blunder,” Kwon Jong-gun, a North Korean Foreign Ministry senior official, said in a Sunday statement carried by state news media, according to The New York Times.

Kwon said Biden’s statement “clearly reflects his intent to keep enforcing the hostile policy toward” North Korea and the country “will be compelled to press for corresponding measures, and with time the U.S. will find itself in a very grave situation.”

In another statement, an unnamed Foreign Ministry spokesperson said criticizing North Korea’s record on human rights was a provocation indicating the U.S. is “girding itself up for an all-out showdown,” according to Reuters.

In March, North Korea tested two short-range missiles, according to The Times, but has not launched any long-range missile tests.

White House press secretary Jen Psaki on Friday said the Biden administration will pursue “a calibrated, practical approach that is open to and will explore diplomacy” with North Korea.

Additionally, the adminstration will seek to “make practical progress that increases the security” of the U.S.

Kwon said Biden’s talk of diplomacy was “a spurious signboard for covering up its hostile acts.”

“We have already made it clear that we will counter in the strongest terms whoever encroaches upon the dignity of our supreme leadership, which is more valuable than our lives,” the statement said.

That comment came in response to a remark from State Department spokesman Ned Price, who called North Korea “one of the most repressive and totalitarian states in the world.”

The North Korean statements are in line with past comments that the country’s relations with the U.S. will adhere to the “principle of power for power and goodwill for goodwill,” according to Jenny Town, director of the program 38 North, which tracks North Korea, according to Reuters.

“So for the U.S. to keep emphasizing the threat, it keeps focus on the negative aspects of the relationship and will elicit negative responses,” she said.