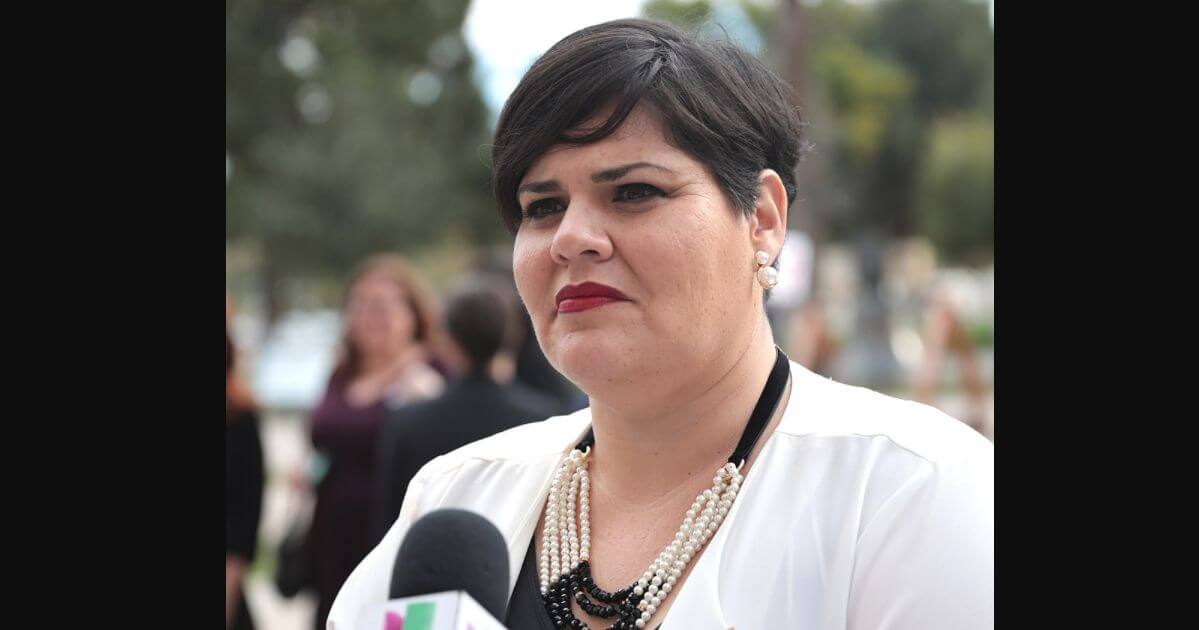 The new chair of the Arizona Democratic Party is a former Planned Parenthood employee who sponsored legislation in 2019 that would have removed the state’s legal requirement to provide medical care for babies who survive abortions.

Rep. Raquel Terán — who was first elected to the Arizona House of Representatives in 2018 — was the primary sponsor of HB 2696, a bill titled “fetal resuscitation; repeal.”

The Arizona Republic reported that the legislation would have erased a 1975 law that states doctors must use all “available means and medical skills” to save a baby who is born alive.

The law, however, did not define specifically what “delivered alive” meant, so the Arizona legislature amended the law in 2017 — asserting that the term means the baby exhibits one or more signs of life including breathing, a heartbeat, umbilical cord pulsation or the definite movement of voluntary muscles.

The legislation that was amended, Senate Bill 1367, further mandates that abortion facilities have various safety measures and trained personnel in place in the event the facilities must care for the mother and babies who survive abortions.

Among the various requirements for abortion clinics present in the bill is one to ensure that “[e]quipment and services are located in the recovery room to provide appropriate emergency resuscitative and life support procedures pending the transfer of the patient or viable fetus to the hospital.”

The Center for Arizona Policy Action, in an email to The Western Journal, explained some further background that precipitated the passage of SB 1367 in 2017, noting an instance two years prior in Arizona when a baby at 22 weeks gestation lived more than an hour without care before she died in an attempted abortion.

In 2016, a surfaced 911 tape from a family planning clinic in Phoenix revealed an aborted baby was kicking and breathing upon birth, but the clinic lacked the ability to provide the care the baby needed to survive, WKYC-TV reported.

“The fetus is breathing so we need care for it now,” the 911 caller said. “We can’t provide that care except for oxygen and we’re trying to keep the fetus stable until someone arrives.”

Do you think babies that survive abortion should be given treatment to save their lives?

The baby, who was estimated to be at 21 weeks gestation, died minutes after arriving at the hospital.

The Arizona Republic reported that Terán sought to pull her HB 2696 legislation at the committee level after being informed it not only would have repealed the 2017 amendment, but the underlying 1975 legislation as well.

Republican House Judiciary Committee chairman John Allen said in the 2019 committee hearing that there would be a vote to discuss the bill, noting Terán was not the only sponsor of the proposal and the body should be willing to debate the bill sponsored.

The committee ultimately rejected the bill, with eight voting “no,” two voting present, and no members voting “yes.”

Terán voiced her frustration with Allen’s decision while affirming her commitment to repealing what she described as the 2017 “fetal torture law.”

“I have respectfully requested that HB2696 be held because its language does not accurately reflect my intent,” Terán tweeted in February of 2019.

“I discovered the bill inadvertently strikes a decades-old statute that is the essence of the controversy surrounding this bill.”

I discovered the bill inadvertently strikes a decades-old statute that is the essence of the controversy surrounding this bill.

“The responsibility for this mistake is mine & I have apologized to all involved for not reading it closer to ensure that my intent was clear,” Terán wrote.

The responsibility for this mistake is mine & I have apologized to all involved for not reading it closer to ensure that my intent was clear.
I have also asked the Speaker to withdraw the bill from Judiciary but he refused.

Terán explained in the Twitter thread her intention was that the decision over a baby’s future or medical care “should remain with the mother and her doctor, not the government.”

Mayra Rodriguez, who formerly worked with Terán at Planned Parenthood and is now a pro-life advocate, told The Western Journal she believes the Arizona Democrats likely picked the lawmaker as their chair “because she is inaccurately trusted by the immigrant community.”

Rodriguez, who is an immigrant herself, feels it isn’t a good harbinger.

“I feel that the future of Arizona will be like California if we don’t do something about it,” she said.

“It saddens me because there was more balance in Arizona politically before now — it wasn’t so drastic on either side — especially when it comes to the issue of abortion.”

“They always try to pass bills to protect women and the unborn, but especially women,” Rodriguez observed regarding Arizona legislators. She noted that now they are trying to pass bills that protect Planned Parenthood.

Rodriguez spoke from her own experience as a Planned Parenthood whistleblower. She was fired as a center director after raising concerns about a doctor who was not following Arizona safety laws regarding abortions — and thereby putting women’s health in jeopardy.

Rodriguez was awarded a $3 million verdict in a wrongful termination suit in 2019.

Cathi Herrod, president of the Center for Arizona Policy Action, agrees with Rodriguez’s assessment that Terán’s ascension to Democratic chair does not reflect well on the party.

Hundreds of citizens at Capitol today to oppose HB 2696. Babies surviving an abortion are human beings to be protected to the fullest extent of the law. #lovethemboth #prolifeprowoman

“Representative Terán’s election to become the chair of the AZ Democratic Committee shows just how out of touch and radical they have become,” Herrod said in a statement provided to The Western Journal.

‘They have chosen as their head a representative that would repeal a law that protects the most vulnerable among us, and instead allow a baby born alive to die alone,” Herrod continued.

“She may represent the most ardent pro-abortion activists, but she does not represent Arizona values.”

The Western Journal reached out to Terán for comment on this story, but did not receive a response at the time of publication.

Tampa Mayor Vows to Track Down Maskless Super Bowl Fans, But Here Are Many Photos of Her Maskless

”Then they came for me, and by that time there was no one left to speak up for me"