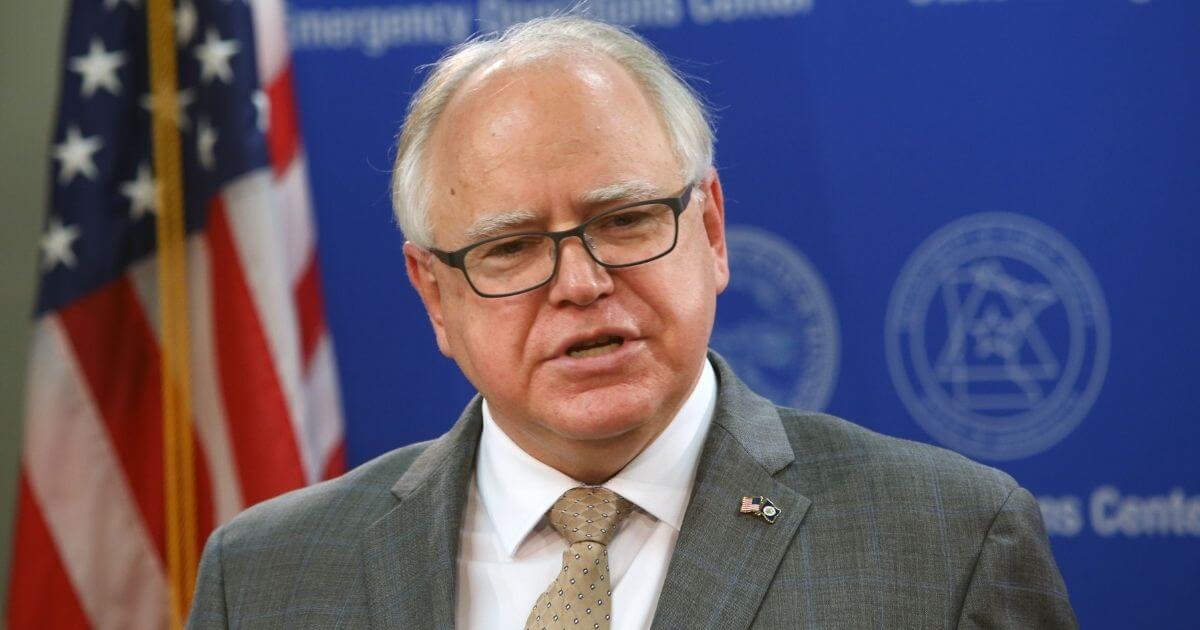 It may not have been as dramatic as the Supreme Court forcing California to lift its draconian ban on indoor religious services, but it’ll do.

Minnesota became the latest state to roll back restrictions on religious services imposed due to COVID-19, with Democratic Gov. Tim Walz announcing that the occupancy limit on religious gatherings, including weddings and funerals, had been removed.

“We’re winning, and this thing is coming to an end,” Walz said in remarks March 12 announcing sweeping changes to the state’s coronavirus limits, according to the St. Paul Pioneer Press.

One has to compliment the Pioneer Press’ Dave Orrick on his prose; he wrote that Walz’s announcement “budded with the vernal hopes of baseball, weddings and walleye fishing.”

I’m not joking or exaggerating when I say that I stopped writing, laughed and slow-clapped in front of my iMac over that sentence. In this age of digital samey-ness at local outlets, we need more people who write like the kind of beat reporter from a 1930s New York afternoon newspaper who’d show up at a news conference with a weatherbeaten homburg hat, a pencil between his teeth and a flask of something stronger than coconut water in his briefcase.

But I digress. The key fact for us, buried a little further down in the article, was Walz eliminating any cap on attendance at religious services provided social distancing rules are followed.

This isn’t a minor shift, especially for large congregations. According to The Catholic Spirit, the state has enforced a 50 percent occupancy limit since last June. At first, this was limited to 250 persons maximum.

In January, the 250-person limit was revoked, but the 50 percent capacity restriction remained. That ended March 15, with the only remaining restriction being that churchgoers practice social distancing.

And for those of you planning wedding ceremonies — another big church activity — the restrictions on those are lifted, too.

“Most of the changes you’re going to hear about will happen on Monday at 12 p.m. Wedding ceremonies there’s no capacity; use the social distancing. This is a big deal. You can start planning those ceremonies that matter, these are life events that shape who we are, those things are going to be able to be done and be safe,” Walz said, according to KVRR-TV.

Especially with the holiest day of the year approaching, this is huge news for Christians.

“This lifting that Gov. Walz had on the actual total number of people helps us in that we can use our gather space freely if we have larger crowds, especially looking at Easter coming up,” Pastor Larry Delaney of St. Joseph’s Catholic Church in Moorehead told KVRR.

The church will also be following the social distancing guidelines and then some.

“We ask all people to wear masks, the priest and those distributing communion do sanitize and are wearing masks as they are down by the people,” Delaney said.

Julie Hardmeyer, St. Joseph’s liturgy director, said this was a huge change from watching Mass through a screen on a computer or television.

“It’s not the same that you can see it and you can hear it, but you can’t feel it and so we’ll be really good for people to come back and I think we’ll have a full church. I’m really looking forward to having coffee and rolls again and having this full of people and all the community that we all miss so much,” she said.

Minnesota, at the very least, is giving constitutionally protected religious worship more leeway than your garden-variety social gathering; the state still limits those to 50 people outdoors or 15 people indoors. Bars and restaurants will only be able to open at 75 percent capacity, gyms at 50 percent and entertainment venues at 50 percent.

Not to defend these limits, mind you, but at least it’s not the other way around, as we’ve seen elsewhere.

For instance, remember when New York Gov. Andrew Cuomo was COVID Superman as opposed to your creepy, ornery uncle who may have killed a few thousand nursing home patients, ordered his people to cover it up, and sexually harassed or abused a few women on the way there? Part of the reason was that he stood athwart the First Amendment’s right to free exercise of religion, yelling, “Stop!”

At one point, a court had to enjoin the state from exercising a 25 percent capacity limit on religious services while other gathering spaces were allowed to operate at 50 percent capacity.

In another decision, the Supreme Court struck down Cuomo’s 10-person limit on worship service sizes in so-called red zone districts in December, according to Reuters.

The court found that that the state’s restrictions on religious services were “far more restrictive than any COVID-related regulations that have previously come before the Court, much tighter than those adopted by many other jurisdictions hard hit by the pandemic, and far more severe than has been shown to be required to prevent the spread of the virus.”

Cuomo called the issue “irrelevant” because the districts were no longer red zones. (The Democrat didn’t address the fact that this restricted his ability to impose similar restrictions on so-called red zone areas in the future; this was back when the media was nice enough to not ask him questions he might have to worry his pretty little head about.)

“It’s irrelevant from any practical impact because the zone that they were talking about has already been moot,” Cuomo said. “I think this was really just an opportunity for the court to express its philosophy and politics.”

The court also struck down California’s ban on in-person indoor worship in February, although restrictions on singing and chanting were allowed to remain in place. In Cali, state and local officials have been involved in numerous struggles with congregations that have been meeting in person, most notably with Pastor John MacArthur, a man whose congregation the state has been lasciviously flogging as an example since the start of the pandemic.

The list goes on and the battle continues, even as infection rates drop and vaccination rates rise.

While the victory in Minnesota wasn’t quite as dramatic as it was in, say, New York or California, it has this writer budding with the vernal hopes of in-person religious services, weddings and Yankees baseball. (As for walleye fishing, my hot take: If you really need to drink beer on or near water, why bring ichthyoids into it?)

Yes, there was always the First Amendment right to freely worship one’s religion being trampled and yes, we need to address this before the next pandemic.

That said, believers of all faiths who have fought to maintain those constitutional rights and to meet as a congregation to worship have, in my estimation, been strengthened through this — in their faith, in their mental well-being and in their knowledge that worship service is so much more than an obligation to be met.

Trump Responds When Asked Why He's Weighing in on Border Crisis, "They're Destroying Our Country"