Media Reports Earth Warmed More in 2020 Due to Cleaner Air 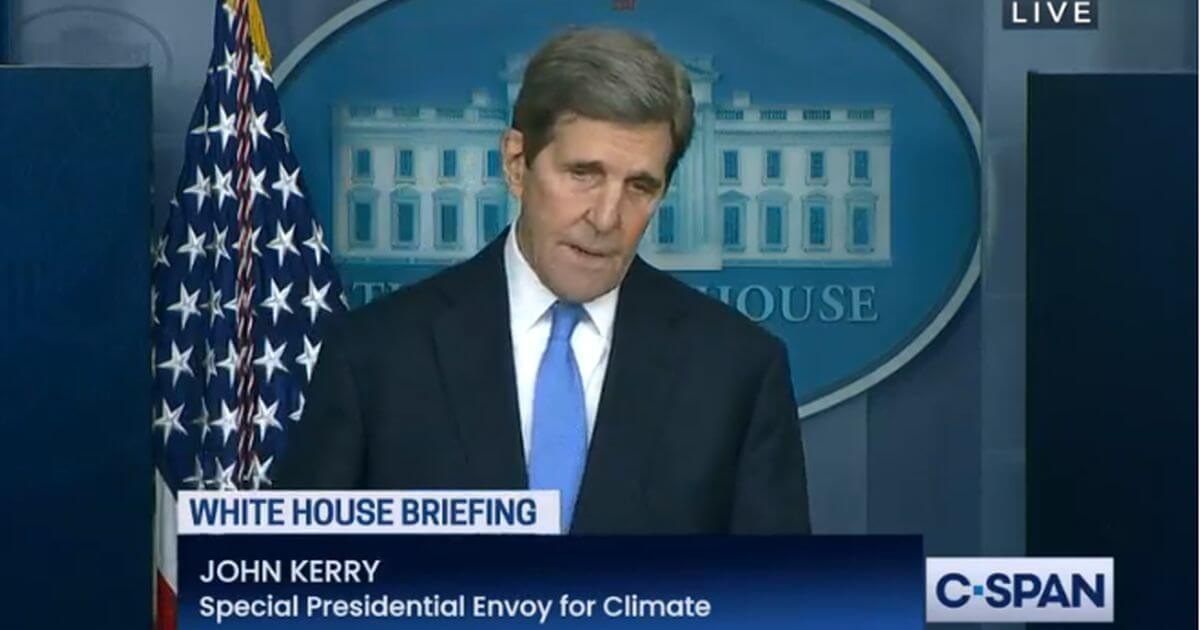 A decrease in human activity, and the decrease in travel and fossil fuel usage that coincided with it, actually warmed the climate last year during the height of the coronavirus pandemic, according to a study being touted by the establishment media.

Remember all of those viral photos last spring about how clean the air was in the days and weeks after everyone was asked to stay home for two weeks to flatten the initial curve?

Here are a few of them, just as a refresher:

What a sight! This is the best smog-free view of the city I have ever seen. One of the things that I hope lasts after this pandemic. #californialockdown #StayHomeSaveLives #LosAngelesLockdown pic.twitter.com/JOpR2nea4c

The pandemic means all he London smog has gone. You can see Paris from Tooting. Lovely. pic.twitter.com/9f3oqYYCsC

With air pollution levels down during the pandemic, Kathmandu photographer Abhushan Gautam captured a sight that has been shrouded in the city’s smog for nearly 50 years — a clear view of Mount Everest. https://t.co/6KR02xnjeI pic.twitter.com/TdqrOdVF2A

The climate science community and establishment media adored these shots and others if you’ll recall. The clean air from the COVID-19 lockdowns was praised as a model for how the future should look, even after the coronavirus had been vanquished — especially by CNN.

The folks over at Greenpeace, too, were jovial — to say the least. Honestly, who didn’t kind of enjoy the shots of smogless cities? They were novel and interesting.

Even if things are back to relative normal in some places, at least the supposedly embattled environment had a little bit of a breather during the initial COVID lockdowns, right? According to a study published this past week in the peer-reviewed scientific journal Geophysical Research Letters, that apparently isn’t the case.

The Associated Press proudly touted the journal’s findings that the planet actually got hotter because of all of that clean air, and the story was syndicated all over the country.

“However, the aerosol changes are the largest contribution to COVID-19 affected emissions induced radiative forcing and temperature changes, larger than ozone, CO2 and contrail effects.”

Andrew Gettelman, the atmospheric scientist who led the study, told the AP: “Cleaning up the air can actually warm the planet because that (soot and sulfate) pollution results in cooling.”

“Clean air warms the planet a tiny bit, but it kills a lot fewer people with air pollution.”

The study effectively argues that pollution caused by humans creates both warming and cooling effects, simultaneously, while the brief cooling period could have actually exacerbated the warming.

The study, when read in its entirety, is actually quite interesting and a tad thought-provoking. But it really elicited a grimace from this writer after re-reading the AP’s reporting of it.

Studies are printed every day, but not every study is widely disseminated by the globally influential Associated Press. Why was this study even cleared for mass circulation by the wire service? Can’t the newsroom jerks just relent for one moment — ever?

No, and it’s because the media loves to share 24/7, nonstop gloom and doom.

Have you recently enjoyed a ride in your non-electric motor vehicle without your mask on? That’s simply exquisite; here’s some information about why that’s homicidal and selfish.

What’s that? The air was so clear last April that people in parts of India could see the Himalayas for the first time in decades? That’s awfully wonderful. It would be a shame if someone dropped a study right on their Facebook timelines to inform them that their picturesque viewings of those mountains actually warmed the Earth.

The establishment media, of course, is always a mouthpiece for the left’s agendas. One of those agendas just so happens to be climate change and climate alarmism, so there’s that. No matter the reasoning, though, this study was picked up and it defies reasoning as to why, as studies are ignored all the time.

This research — of all the research constantly being done — made its way onto our screens and into our collective psyche. The message is clear: Everything is bad and sad and hopeless.

We can’t win for losing.

The establishment media, by and large, wants to share its gloomy outlook with the world. That is, by the way, a world where infinite beautiful things are happening constantly around us all. Children are being born, people are finding Christ, love is blooming and a butterfly, somewhere, will soon emerge from a cocoon.

We never hear about those things, and we won’t — not unless that butterfly lands on the madras plaid shorts President Joe Biden wore during his GQ photoshoot last week.

North Dakota Republicans Move to Wrest Control from Biden, Place Power Back with the Constitution

Biden Stabs Us All in the Back, Removes Terrorist Designation from Group Whose Motto Means ‘Death to America’