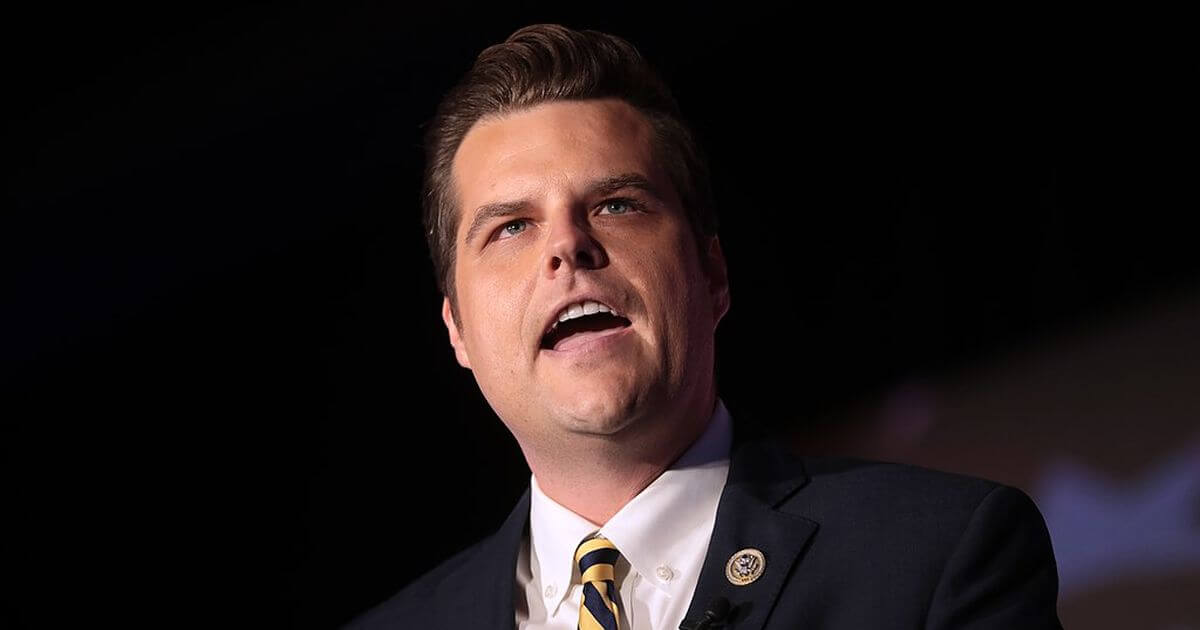 Rep. Matt Gaetz made it clear on Wednesday he’s willing to stand up for former President Donald Trump in his Senate impeachment trial, even if it means resigning his House seat.

During a Wednesday interview on the War Room podcast, hosted by Steve Bannon and Raheem Kassam, Gaetz announced he would be willing to resign if Trump asked him to defend him.

“I love my district. I love representing them, but I view this cancellation of the Trump presidency and the Trump movement as one of the major risks to my people, both in my district and all throughout this great country,” Gaetz said.

“If the president called me and wanted me to go defend him on the floor of the Senate, that would be the top priority in my life.”

In Gaetz’s opinion, when it comes to Trump’s current team, “the president so far has gotten a low-energy defense.”

The news that Trump’s defense may not be up to the task is troubling, especially because the upcoming impeachment case against the former president is nothing but a complete sham.

House Democratic impeachment managers filed a pre-trial brief with the U.S. Senate on Tuesday claiming Trump “summoned a mob to Washington, exhorted them to a frenzy, and aimed them like a loaded cannon down Pennsylvania Avenue,” referring to the Jan. 6 Capitol incursion.

Obviously, this is complete nonsense, considering Trump repeatedly called for peace and asked the rioters to go home.

Even if Trump’s rhetoric on election fraud did contribute to heating tensions at the Capitol, his complicity pales in comparison to Democrat’s own culpability in heating up tensions with anti-police rhetoric over the course of the last year, which undeniably led to a countless number of riots and looting sprees that raged across the country for months on end.

Shortly after the Capitol incursion took place, Gaetz made that point quite clear during a fiery speech on the House floor in which he called his Democratic colleagues out for their hypocritical condemnation of then-President Trump.

“Another important point for the country is that this morning President Trump explicitly called for demonstrations and protests to be peaceful,” Gaetz said.

“You can moan and groan, but he was far more explicit about his calls for peace than some of the BLM and left-wing rioters were this summer when we saw violence sweep across this nation.”

Leftists’ lust for power and domination wasn’t satiated by winning the presidency and Senate. They’ll only be satisfied when they completely destroy the one president that showed the world who they really are.

Thankfully, men like Matt Gaetz are willing to do what is right and fight back, even at a great personal cost.

If only more Republicans had the courage to speak out like Gaetz has throughout this entire process.

'Be Careful What You Wish For'

At least 50,000 Italian Businesses Revolt, Reopen, America Must Do The Same