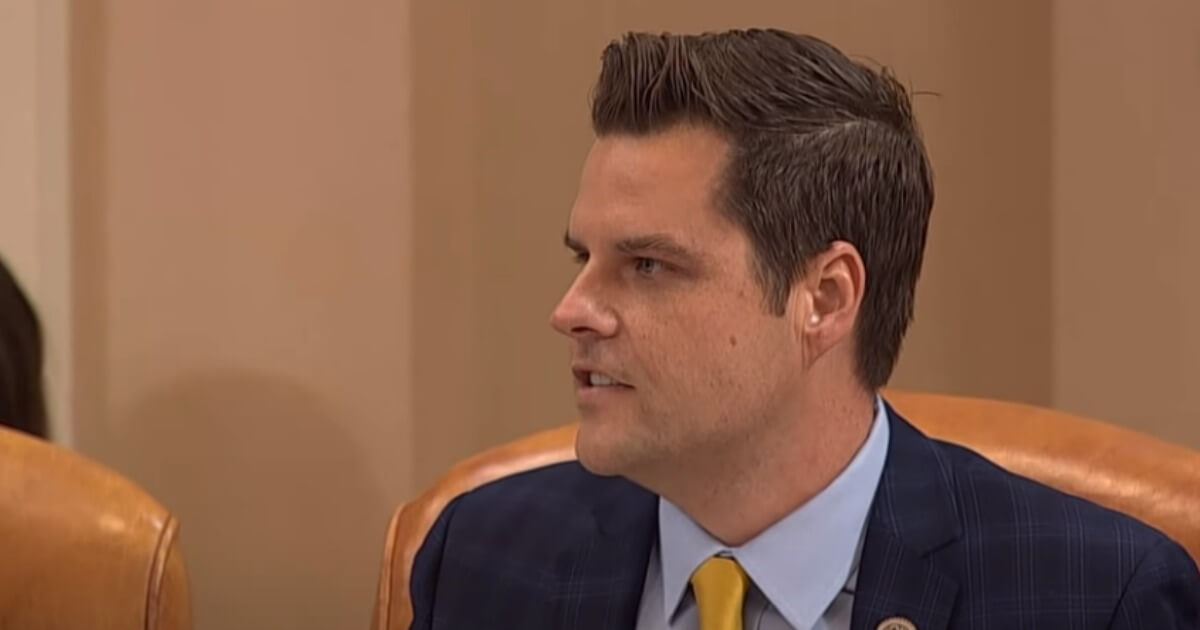 As a small contingent of anti-Trump Republicans make moves to divide the party between those who backed the former president and the establishment Republicans, a fight is brewing between the two leading faces of each side.

According to the Washington Examiner, Rep. Matt Gaetz issued a fiery, f-bomb tweet response to anti-Trump Rep. Adam Kinzinger on Wednesday after news broke of Kinzinger’s ambition to form a PAC that will actively attempt to purge pro-Trump lawmakers from the Republican party.

The new PAC was formed to push lawmakers like Gaetz and Rep. Marjorie Taylor Greene out of the party as Republicans determine how to move forward in a post-Trump presidency, even though Trump is expected to play a major role in the upcoming midterm elections by cashing in on his political street cred.

In response to an article about the new PAC, which was tweeted by The Hill, Gaetz first praised Kinzinger for his military service, but then completely ripped him a new one.

“Adam is a patriot who fought for America from Northwest Florida. We will always appreciate & honor his service. Now, he wants to target my America First politics, referencing me by name,” Gaetz tweeted. “My response: F—ing bring it. Adam needs PACs to win elections. I don’t.”

And it goes without saying, Gaetz didn’t censor the F-bomb in his tweet.

Kinzinger dinged Gaetz in several responses, first tweeting the word “language,” in reference to Gaetz’s F-bomb. The Illinois lawmaker then posted an GIF image from a scene in Top Gun, when Maverick pulls an impressive move to gain an advantage on his Russian opponent.

If you’ll recall, Kinzinger was one of the first high-profile Republican lawmakers to break ranks with the party and vote in favor of impeaching the former president. He was part of a group of nine Republican House members who joined Democrats on the matter and was one of the first to defend Wyoming Rep. Liz Cheney for her very public break from the former president in the wake of the Capitol riots.

Kinzinger has also attacked Sen. Josh Hawley — a staunch Trump supporter — for his behavior during the Senate impeachment trial.

“Would be nice if @HawleyMO would actually put his Presidential ambitions (which will fail) aside for a moment to actually be a grown up Senator, come to terms with what he did, and seek redemption. #RestoreOurGOP,” Kinzinger tweeted recently.

Though it’s hard to say what will happen in the future, it’s not a stretch to presume that Kinzinger is probably not on the winning side of this debacle, as 75 million Republican voters made clear in the 2020 election that they love Mr. Trump. It’ll be interesting to see just how difficult a reelection victory will be for die-hard Never Trumpers like Kinzinger.

Disney Fires Strong Brave Female Mandalorian Star Gina Carano Not Being Woke. She Will Not Be The Last.