Latest on the Gavin Newsom Recall Shows GOP, Democrats and Independents All Working to Oust Him 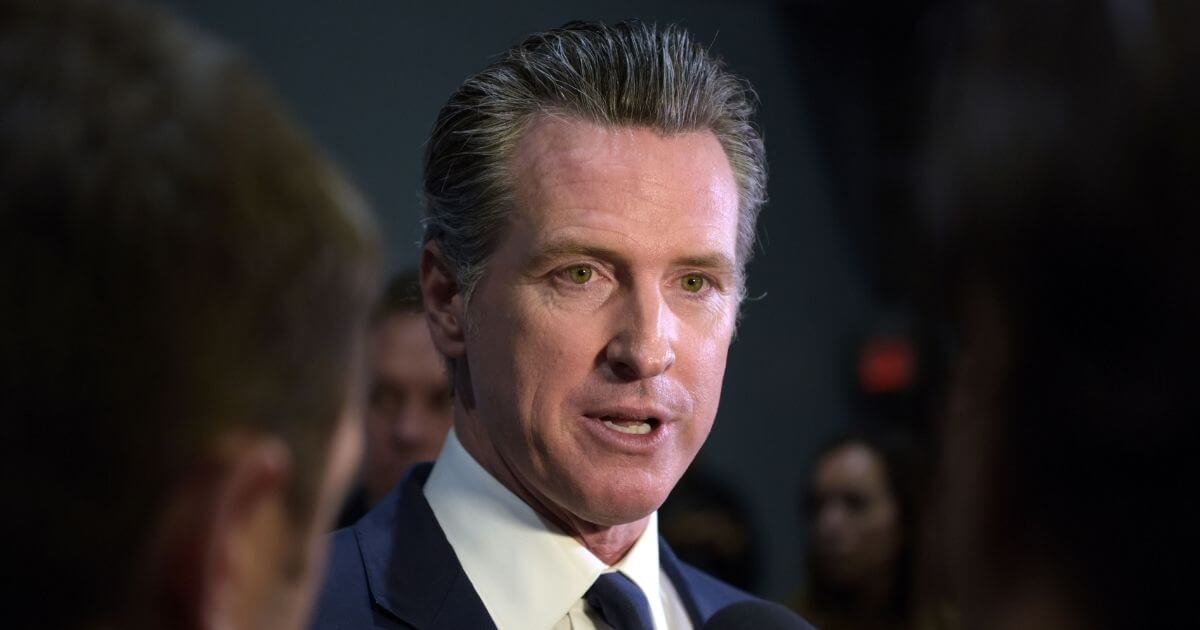 The position to recall Democratic California Gov. Gavin Newsom will more than likely soon hit the target goal of 1,495,709 signatures. Now, before you start popping bottles and celebrating, there are a few more steps we must go through to ensure the recall petition actually makes it onto a ballot.

Efforts to collect signatures shouldn’t stop until the deadline date of March 17, but keep in mind we need to account for disqualifying signatures.

That is why recall organizers are asking to collect at least 1.8 million signatures total so there can be a cushion to ensure they have the roughly 1.5 million valid signatures needed.

Valid signatures must be collected from at minimum five counties, and in each of those counties, the votes must equal at least 1 percent of the last vote for governor. The newly confirmed Secretary of State Shirley Weber would certify the recall if the signatures are deemed valid and qualify the recall election.

The next step would be Secretary Weber, the Department of Finance and the affected county election officials estimating what the cost of the recall would be to the people of California and submit that estimate to the chair of the Joint Legislative Budget Committee, state Sen. Nancy Skinner, as well as Newsom and Lt. Gov. Eleni Kounalakis.

The Joint Legislative Budget Committee that consists of 12 Democrats and four Republicans has 30 days to review and comment on the costs provided by the Department of Finance. If we get to this step, do not be surprised if the supermajority drags this out the entire 30 days.

Assemblyman Kevin Kiley is one of the four Republicans on this committee. Along with Assemblyman James Gallagher, he sued the governor last year for his abuse of power during the coronavirus pandemic and won.

Secretary Weber would send the lieutenant governor a formal notification and, according to the California Constitution, set a date for the recall/special election no sooner than 60 days or later than 80 days from the day of those signatures being certified.

According to the secretary of state’s office, “A recall election may be conducted within 180 days from the date of certification of sufficient signatures in order that the election may be consolidated with the next regularly scheduled election occurring wholly or partially within the same jurisdiction in which the recall election is held, if the number of voters eligible to vote at that next regularly scheduled election equals at least 50 percent of all the voters eligible to vote at the recall election.”

What would the ballot look like? It would ask two sections:

“Shall Gavin Newsom be recalled (removed) from the office of Governor (Yes/No)?” and “Candidates to succeed Gavin Newsom as Governor if he is recalled: (Vote for One).”

There could be a laundry list of candidates to choose from and of course majority rules. That would be, of course, if the people of California even gather enough votes to take Newsom out of office.

If the recall does go to the ballot, Newsom would be the second governor in California history to have his recall election certified.

The first and only California governor to be recalled was Gray Davis back in 2003 with 55.4 percent of Californians voting him out of office and replacing him with Republican Arnold Schwarzenegger.

The recall efforts may have started as a conservative ousting of this progressive governor, who couldn’t tackle homelessness, the high cost of living, deteriorating quality of life, the state’s failing education system and rolling blackouts — to name just a few of his accomplishments.

The truth is, this recall really became so much more; it became a movement to fight back and restore California to its golden years.

It was a joint effort by Republicans, Democrats and independents who are sick and tired of sitting on the sidelines as they watch states like Florida and Texas open up their economies — letting their constituents choose the best course of action for themselves and their families and regain some type of normality.

One could argue that Newsom really did this to himself, that keeping the state in a lockdown that caused mass unemployment and the permanent closing of many small businesses infuriated Californians and gave them even more reason to sign the recall petition.

You may also be interested to know that according to the signature reports, the most signatures gathered were from Nov. 6 to Dec. 7 for a total of 442,256 signatures, during the time of the governor’s now-infamous French Laundry scandal.

We all have skin in the game, and if the recall is successful, I may actually cry tears of joy. Not just because of my own political leanings, but because Gavin Newsom has truly failed the great people of California and we all deserve better.

Here’s to hoping we will be able to see the Golden State shine once again.

After McConnell Hits Out at Trump, Grassley and Portman Twist the Knife