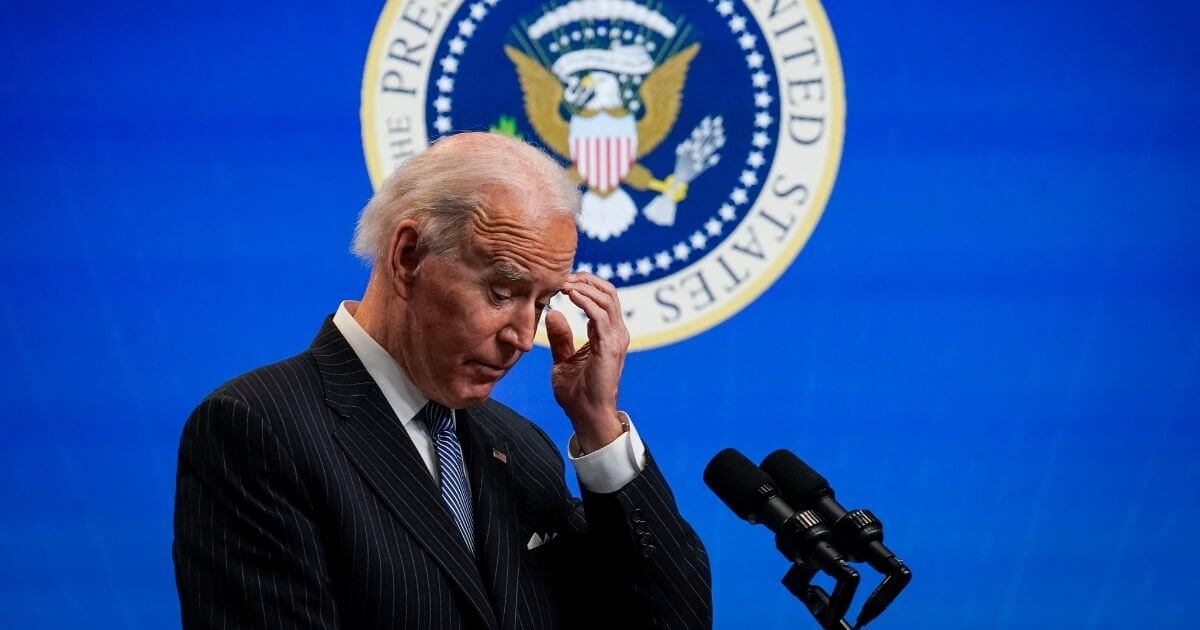 Now that President Joe Biden is several months into his presidency and continuing to drop the ball on a number of issues, you might be at least somewhat interested to know what some of our closest allies are thinking right about now.

I’m here to tell you that the news isn’t good.

According to the Daily Wire, James Morrow, an Australian journalist for Sky News, made a claim on Monday that raised plenty of eyebrows, saying that the world, overall, is more dangerous with Biden as president.

Morrow wasn’t simply saying that to be inflammatory. He provided a reasonable explanation, essentially saying that as long as Biden continues on making the U.S. military as “woke” as possible, America’s enemies become emboldened and determined to find a way to take advantage of what appears to be a rare opportunity of momentary American weakness within the ranks of its leadership.

“On Friday, Chinese forces committed their largest ever incursion into Taiwanese airspace, as worries grow by the day of a Chinese invasion of the Democratic island republic,” Morrow said.

“Meanwhile, in the Middle East, Iran is on the march with its rebel militias, now attacking Saudi oil fields and building up a stockpile of missiles that has Israeli planners increasingly nervous about a potentially devastating conflict happening sooner rather than later,” the journalist added.

He went on to say that Australian government officials are reportedly growing concerned with the issue and considering bolstering defenses to be prepared to counter threats that they typically do not have to worry about when the United States — their greatest ally — is strong and leading the way.

“So why are things getting so hot so fast? Surely the U.S. is still big enough and ugly enough to ward off anyone planning anything truly dangerous, right? Well, not so fast because the U.S. military, I am sorry to report, has fallen prey to invading armies of PC wokesters, human resources PowerPoint jockeys, and identity politics radicals,” Morrow said.

He doubled down on his point that PC politics is more than just something to laugh off, as it now has its progressive tentacles at the very heart of American government, which only serves to place America’s allies at levels of danger not felt in quite some time, even under previous Democratic administrations.

“And that means America’s enemies from Beijing to Tehran, are not just laughing, but planning. These are dangerous times and thanks to Joe Biden, they’re getting a lot more dangerous,” Morrow said.

It would be difficult for any reasonable person to argue with Morrow’s point. While the United States has long held the position as the top dog on a global level, it’s not as if our greatest adversaries like China and Russia are content with not being in first place.

At some point, they’ll make their move.