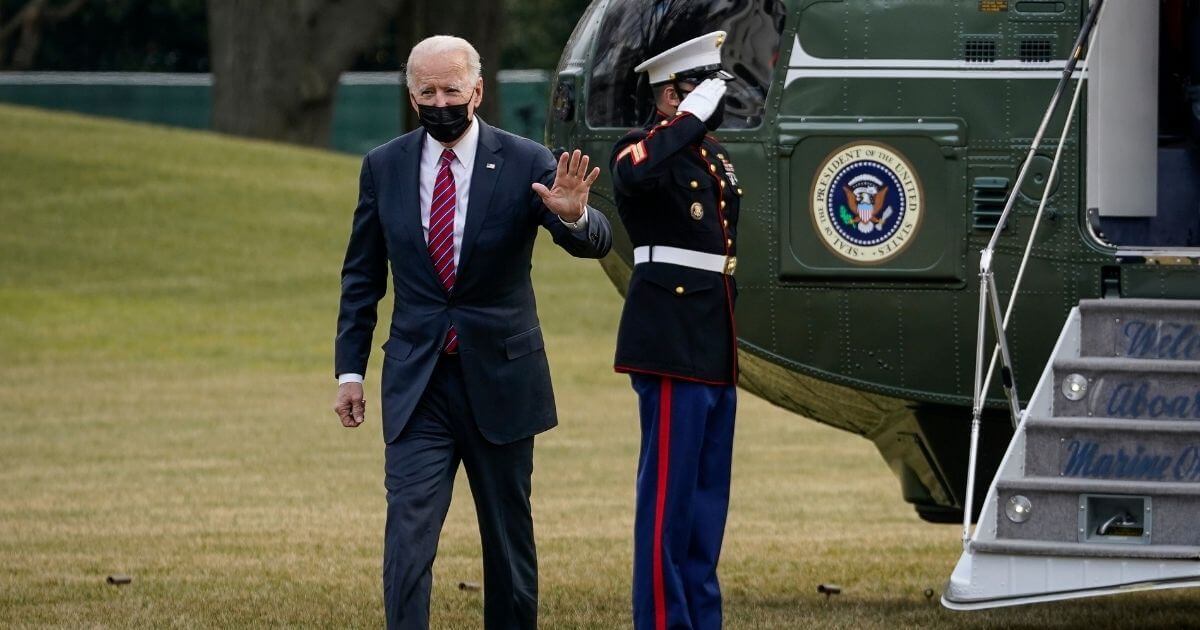 Remember when Barack Obama was president and Americans purchased firearms and ammunition in record numbers?

Well, it’s happening again, this time under President Joe Biden. And for good reason — it’s no secret that the Biden administration will — probably at some point in the back-half of his term once COVID-19 is over — begin making an aggressive push to severely restrict Americans’ Second Amendment rights.

Democrats have been promising to do that for years, especially on the heels of mass shootings when they tend to make knee-jerk decisions that only end up hurting law-abiding gun owners.

According to the Washington Examiner, it was reported this week by the firearms industry and the FBI that gun sales are through the roof, smashing a number of previous records, as Americans brace for what will likely be a strong, anti-gun Biden administration and Democrat-controlled Congress.

“His radical firearms policy should continue to stoke fear and uncertainty among those on the fence about buying guns. Uncertainty and fear have always driven gun sales, and we’re seeing many first-time gun buyers exercising their Second Amendment rights. Last year’s sales were nearly double what we did in 2019, and the bubble is not bursting any time soon,” Anderson said.

According to KCBD, Izzy Musquiz, the general manager at Sharp Shooters in Lubbock, TX, echoed the outlook on firearms sales, indicating that her shop has seen a surge since Biden was elected president.

As far as what’s driving sales in Texas? It’s the same story everywhere — law-abiding gun owners and those new to purchasing firearms are all worried sick that Biden and Congressional Democrats are coming for their guns.

“We’ve seen customers all across the boards. We’ve seen a lot of first-time buyers. A lot of it was the insecurity, the uncertainty,” Musquiz added.

One thing we know for sure is that while we’ve seen surges in gun sales before — even as recently as the beginning of the pandemic last year — the fact that Biden will likely be able to write his own ticket when it comes to gun control legislation is the driving force. Americans are worried about having their Second Amendment rights snatched away, and they should be.

On a potentially lighter note, if Republicans manage to win back a majority of the House in 2022, it could prevent or at least slow the passage of new gun laws. I have a feeling that by the time 2022 rolls around, smart Republican lawmakers will campaign almost entirely on the Second Amendment, because it will likely already be in jeopardy by then.

Voter Registration Data Show Democrats, Nonvoters Were Among Those Arrested at Capitol Incursion