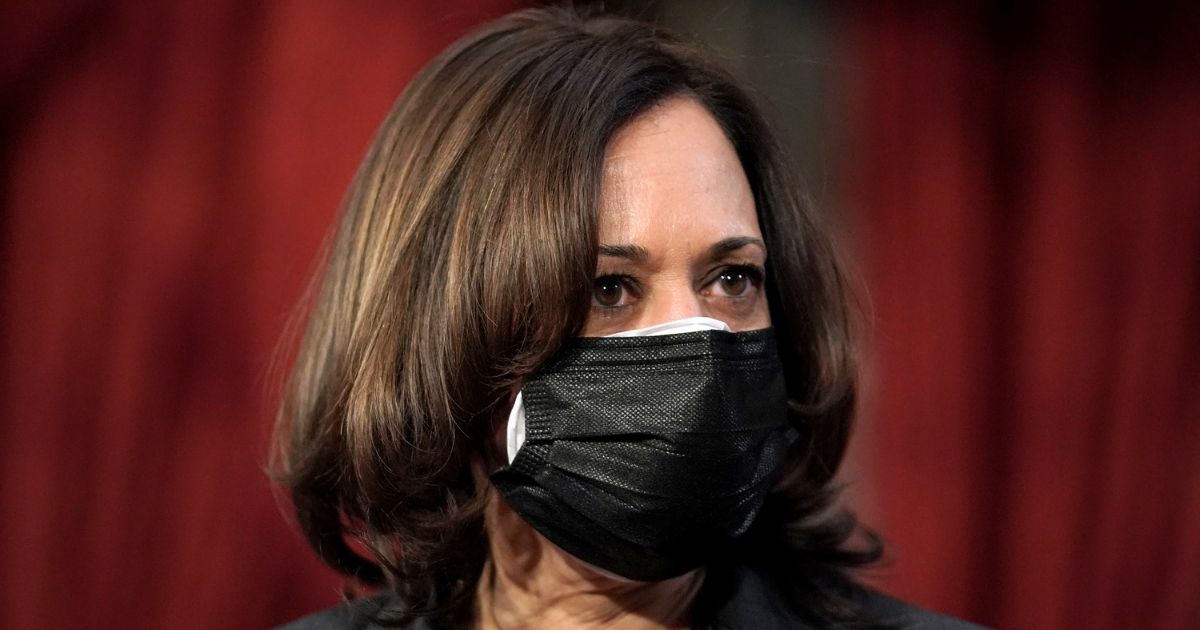 Well, at least we know where Joe Biden’s most powerful staffer stands on who Kamala Harris’ running mate should be when she runs for president. In 2028, of course.

Rubin was apparently convinced the transportation secretary should be second-in-line to the presidency by his thoroughly autopilot appearance on ABC News’ “This Week” on Sunday, a performance which consisted of echoing administration talking points on the president’s relief package.

Stop me if you’ve heard this one before: “You’ve got Moody’s saying that we could have 4 million fewer jobs if we don’t act now. And we’re operating in a time of historically low interest rates,” Buttigieg said. “This is a moment where the greatest risk we could take, as the president has said, is not the risk of doing too much, it’s the risk of doing too little.”

TRENDING: Experts: Biden’s Latest Climate Actions Will Cause Electricity Prices to Skyrocket, It’s a Feature and Not a Bug

It’s good that he properly cited the president, because otherwise he could be accused of plagiarizing the plagiarist in chief.

Here’s Biden speaking on Friday, as per a White House transcript: “The simple truth is, if we make these investments now, with interest rates at historic lows, we’ll generate more growth, higher incomes, a stronger economy, and our nation’s finances will be in a stronger position as well. And the payoff won’t just be in jobs but in our global competitiveness as well — because we’ll be regaining our economic strength faster. So, the way I see it: The biggest risk is not going too big, if we go — it’s if we go too small.”

Repeating this in a condensed form on a Sunday political talk show is now proof of vice-presidential timbre, apparently.

It’s also good to see that Rubin, The Washington Post’s resident conservative-who-doesn’t-like-these-Republicans grifters, has re-upped her contract to continue supporting the Democratic Party through at least 2028. (To be fair, she stopped publicly identifying as a conservative last September, using the too-familiar “it’s Trump’s party now” justification.) Aside from her need to gush over a thoroughly pedestrian, talking-points-tastic performance by Buttigieg, there wasn’t anything unusual about this.

Then Ron Klain decided to put his imprimatur on the pairing:

Well, that’ll get some attention — which is why Klain quickly deleted it.

There could theoretically be a less hilarious explanation for this than Klain pairing Harris and Buttigieg on the 2028 ticket; as the Washington Examiner noted, Klain frequently retweets journalists from the White House chief of staff account. This could have been a matter of just seeing Jennifer Rubin quote-tweeting a video of Buttigieg on “This Week,” hitting the retweet button and going about his Sunday until he realized what he had wrought.

But perhaps it wasn’t a mistake. That’s not only a whole lot more fun to speculate about, but entirely plausible given the trajectory of the Democratic Party.

Buttigieg never received serious consideration for vice president this time around, mostly because his core demographic — very white, very middle-aged and very upper-middle-class — was thin and unpopular this year.

Not that it wouldn’t have been that way every year; it doesn’t engender trust in a candidate when their voter base acts like they came out of the womb with a lifetime subscription to The New Yorker.

That said, the fact anyone would consider Buttigieg in the running for the veepstakes at all seemed a distant fantasy at the beginning of 2019.

The mayor of South Bend, Indiana running for the presidency seemed like a joke at the beginning of 2019. And then it wasn’t — especially after he won the Iowa caucuses. Sure, it turned out that he didn’t have the money or the base to challenge the big guys, but the fact he was there at all — and in contention longer than Kamala Harris was, it should be pointed out — was possibly the biggest shock of the primary process.

He went from being a guy who had to give everyone instructions on how to pronounce his name to a household name to a member of Joe Biden’s Cabinet. All that came out of a candidacy that originally looked like an insane vanity run by a slightly popular local politician.

While Buttigieg wouldn’t be the most far-left candidate Kamala Harris could choose as her running mate, he’s also not from the more moderate wing of the party. It’s enough to make a conservative pre-emptively pine for Joe Biden, which is a scary thing indeed.

At least with Biden-Harris, you were pairing a doddering 78-year-old man who still tries to pretend he’s a bipartisan problem-solver with the most liberal member of the Senate. Harris-Buttigieg, meanwhile, would be the unholy marriage of the left-wing of the party with elitist, big city liberaldom.

Finally, a representative of the activist base could co-exist on the same ticket with the exemplar of the kind of Democrat who has never driven their Tesla over 40 miles per hour and believes everyone should be able to work from home in perpetuity (except for the DoorDash and Amazon employees who allow people like them to work from home in perpetuity). This is the face of a changing America, people. #DealWithIt.

If that seems lamentable, it also seems wholly plausible — well, almost. We may indeed be talking Harris-Buttigieg 2028 — but only if they’ve already won a first term in 2024 after the then-81-year-old Joe Biden calls a lid on his political career.

That also means, if things go terribly wrong at the ballot box, I have just four years before Ron Klain is sharing and deleting Jennifer Rubin’s “Buttigieg/Ocasio-Cortez 2032” tweets.

Heaven help us if it ever comes to that.

New York Times Slammed as Its ‘1619 Project’ Enters Schools, Accused of Re-Writing US History and Getting it ALL Wrong