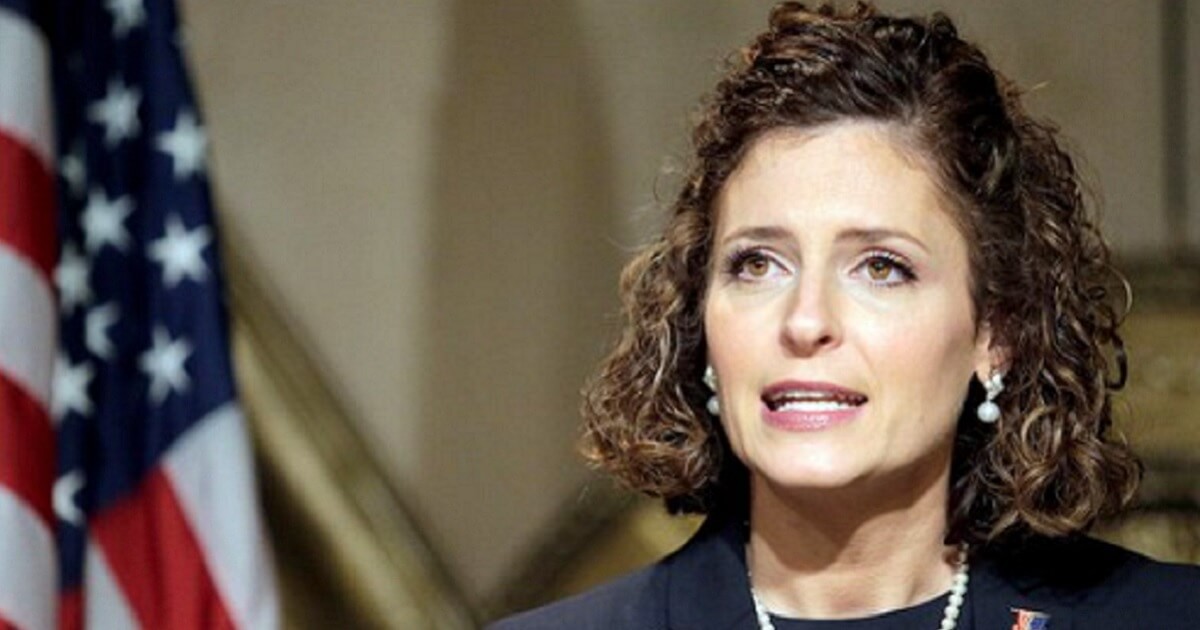 Luke Letlow won a runoff election in the Pelican State’s 5th Congressional District race in December, but died later that month after having been diagnosed with COVID-19. He was 41.

“This is an incredible moment, and it is truly hard to put into words,” Letlow said in a statement after her victory was announced.

“What was born out of the terrible tragedy of losing my husband, Luke, has become my mission in his honor to carry the torch and serve the good people of Louisiana’s 5th District,” she said.

I am humbled that you would entrust me with the honor of your vote and the privilege to serve you in Congress.

Trump issued an endorsement for Letlow on March 10.

“Julia Letlow, a wonderful and talented person who is the widow of U.S. Representative-elect Luke Letlow, is running for Congress in Louisiana-5 at the urging of so many people who know her so very well. She is Pro-Life and strong on Crime, the Border, loves our Military, our Vets, and will always protect our cherished Second Amendment. Julia, who is so outstanding, has my Complete and Total Endorsement. The Great State of Louisiana will be thrilled!” Trump said in the statement on his website.

Pence’s Twitter post endorsing Letlow said she was “unapologetically pro-life, strong on Crime, and honors and respects our Military.”

Louisiana, make sure to get out and Vote for @jbletlow! She is unapologetically pro-life, strong on Crime, and honors and respects our Military. Julia will stand strong for the people of #LA05 and has my full endorsement. https://t.co/Vg71O0cVqV

House Republican Leader Kevin McCarthy said Letlow “offered a message that united Louisiana voters and defied predictions by winning this special election outright with a clear majority — a remarkable accomplishment among a field of 12 candidates.”

“As Julia succeeds her late husband and our friend, Luke, we look forward to welcoming her to Congress, where her expertise in higher education will help us continue to deliver solutions for America,” he said.

Congratulations @jbletlow! Excited to have another strong conservative woman in the freshman class! 🇺🇸❤️ pic.twitter.com/4u00j3Dgc9

Congratulations @JBLetlow on your massive victory tonight and on becoming the first woman to represent Louisiana’s 5th district in Congress. This makes 18 new GOP women in our 117th Congress! Amazing!

“She has continued to exemplify strength, determination and tenacity in the wake of a terrible tragedy. I know that these same characteristics that got her through the last few months will make her an excellent advocate for Louisiana in Washington, D.C.,” Edwards said in a statement.

“Some people are more focused on agriculture; some people want infrastructure,” Letlow said in talking about her campaign, according to The Washington Post. “We just want opportunity for our children.”