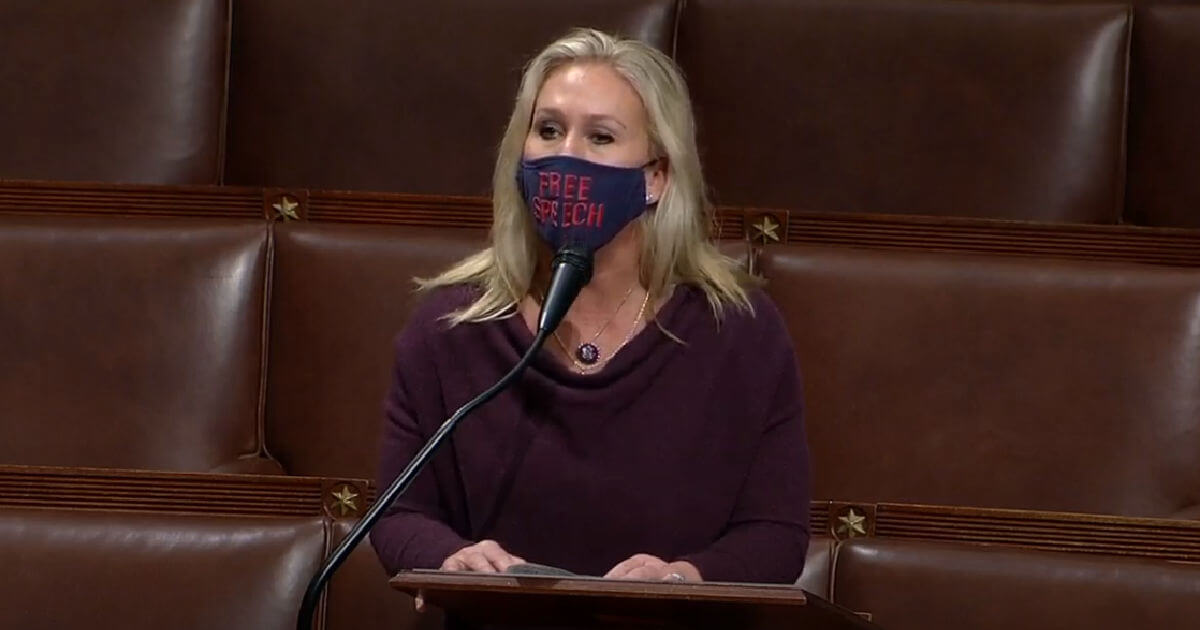 Rep. Marjorie Taylor Greene, the freshman Republican lawmaker from Georgia who quickly made it to the very top of the Democrats’ political hit list after being sworn into the new session of Congress, faces a potential vote today that could expel her from Congress after only months on the job.

According to Forbes, a growing number of Democrats have banded together in a rare effort to vote on a resolution that would force the conservative lawmaker out.

The effort to kick her out of Congress comes in the wake of Taylor Greene being removed from high-level committee assignments recently due primarily to her past controversial comments on some of the hottest topics facing the country, both past and present.

In the vote to boot her from committee assignments, a small handful of Republican lawmakers joined Democrats in that successful effort — a clear signal that they could side with Democrats on this issue as well. However, expelling a member of Congress takes a supermajority, two-thirds vote, and all indicators point to that not being a realistic outcome.

Though Democrats hold a slight majority of the lower chamber, they’d need to convince dozens of Republicans to vote alongside them, which for most of those lawmakers would be political career suicide, as Taylor Greene remains ultra-popular with former President Donald Trump’s loyal base of tens of millions of supporters.

According to Fox News, the resolution to expel the Georgia Republican was authored by California Democrat Rep. Jimmy Gomez, who cited the reason for the resolution as Taylor Greene “had previously supported social media posts calling for political violence against the Speaker of the House, members of Congress, and former President Barack Obama.”

“Such advocacy for extremism and sedition not only demands her immediate expulsion from Congress, but it also merits strong and clear condemnation from all of her Republican colleagues,” Gomez added.

Taylor Greene responded to the Democrat-led effort to take her job away, accusing the party of launching a war on Republican women, citing the other brewing controversy over the possible reversal of Rep. Mariannette Miller-Meeks’ narrow victory.

“There is nothing more threatening to Democrats than strong Republican women!” Greene said. “Democrats are trying [to] overturn the will of the American people who voted for both myself and Congresswoman Miller-Meeks. This is a continuation of the House Democrats’ war on women!”

Recently, she offered a public apology for past statements in which she seemingly supported a number of QAnon conspiracy theories.

Gomez’s attempt to expel Taylor Greene will undoubtedly fail, based on numbers alone, but it just goes to show that the radical left in Congress are still experiencing remnants of Trump Derangement Syndrome, as spending time on expelling Taylor Greene is a waste of money and time, especially at a point when America has so many other actually important issues to face.