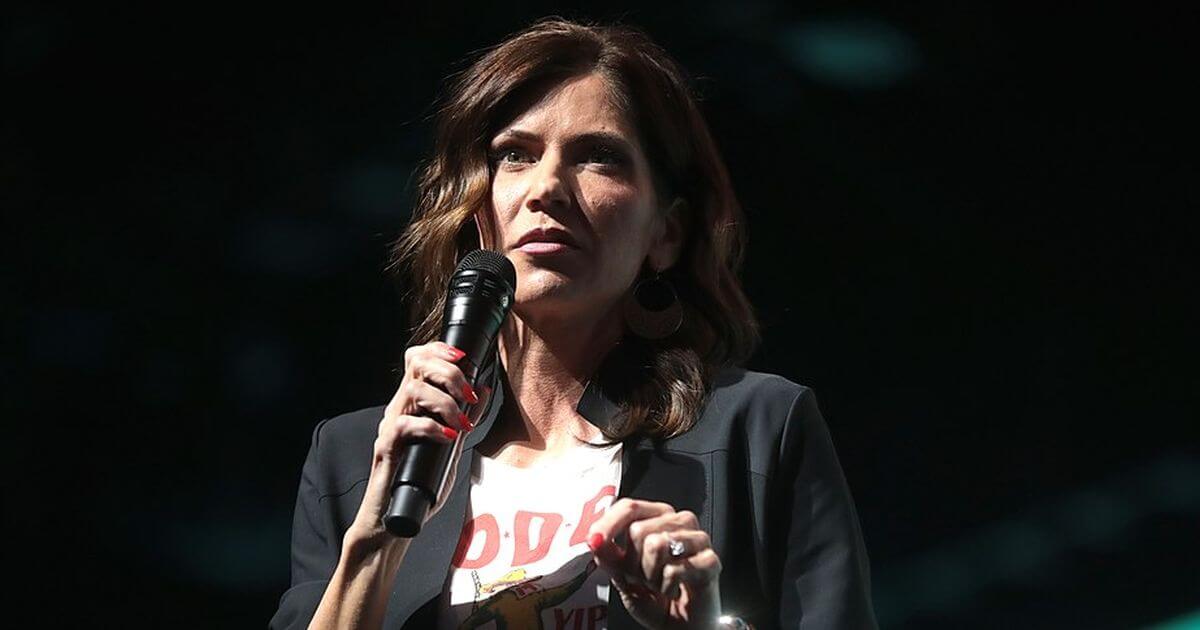 South Dakota Republican Gov. Kristi Noem, along with 19 other GOP governors, sent a letter Tuesday to President Joe Biden and Vice President Kamala Harris urging them to take immediate action on the immigration crisis along the nation’s southern border.

“The crisis is too big to ignore and is now spilling over the border states into all of our states,” Noem and the other governors in the letter wrote.

“The cause of the border crisis is entirely due to reckless federal policy reversals executed within your first 100 days in office.

“The rhetoric of the Biden Administration and the rollback of critical agreements with our allies have led to the inhumane treatment of tens of thousands of children and undermined a fragile immigration system,” it added.

Noem recently announced on Twitter that South Dakota “won’t be taking any illegal immigrants that the Biden administration wants to relocate.”

The letter to Biden and Harries emphasized the governor’s perspective, noting, “We have neither the resources nor the obligation to solve the federal government’s problem and foot the bill for the consequences of this Administration’s misguided actions.”

South Carolina Republican Gov. Henry McMaster, one of the letter’s signers, has also slammed the Biden administration over the crisis.

The heartbreaking humanitarian crisis on our border was created by the Biden Administration. Sending unaccompanied migrant children from the border to states like South Carolina only makes the problem worse. https://t.co/dB5EUOJEyc

U.S. Border Patrol has been overwhelmed with over 300,000 apprehensions this year, Texas Republican Rep. Chip Roy noted during a Wednesday hearing before the House Judiciary Committee, according to Fox News.

The outlet added, “Roughly 22,000 unaccompanied minors have arrived at the border and are now being cared for by the U.S. Customs and Border Protection (CBP) and the Department of Health and Human Services (HHS).”

The letter is far from the first time Noem has criticized the Biden administration.

Noem is already suing the Biden administration to court over its refusal to allow fireworks at Mount Rushmore to celebrate Independence Day.

“Mount Rushmore is the very best place to celebrate America’s birthday and all that makes our country special,” Noem said, according to Fox News.

“After telling us they’d ‘circle back,’ the Biden Administration has not responded to our request to uphold the Memorandum Agreement between the State of South Dakota and the National Parks Service to host a safe and responsible national celebration and fireworks show.”

According to the lawsuit, an agreement was put in place in 2019 to hold fireworks shows, but “the new administration departed from this longstanding precedent and reneged on the agreement without any meaningful explanation.”

“On March 11, 2021, DOI sent the State an abrupt, 620-word letter stating that the Independence Day fireworks show would not be allowed at the Memorial this year. The letter contained no specific factual findings, referenced no implementing laws or governing regulations, and included no discussion of any other objective determinations,” the suit continued.

Biden Beckoned China To Take Over The U.S. Power Grid Earlier This Year