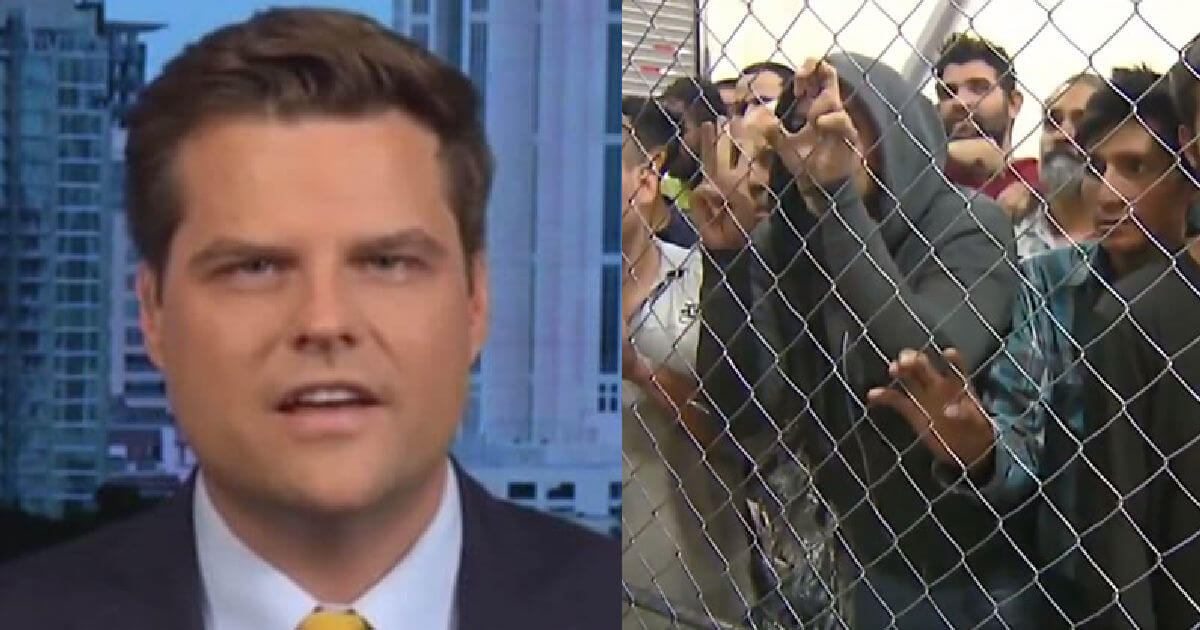 Rep. Matt Gaetz, the firebrand politician, claimed on Twitter to “have direct intelligence from Northern Triangle countries that these cartels and waves of illegal immigrants aren’t just being fueled by organized crime. They’re also being funded by U.S. taxpayers.”

In the tweet, the Representative from Florida shared a clip of his appearance on the Chris Salcedo show where Rep. Gaetz says that “Joe Biden’s [immigration] policies are open arms to illegal immigration.” He says that the “crisis” the United States has at the border right now “is like a gathering storm, and the flood is coming.”

No one speaks like this anymore. I love that he is a no-nonsense cool guy that speaks what he thinks. He seems to live by a strong moral code that ensures he will be respectful as he eviscerates your being. He isn’t perfect, and I disagreed with his vote on limiting presidential powers, but he is a fighter for America First.

Rep. Gaetz tells Chris Salcedo that he has “intelligence directly from Northern Triangle countries – Guatemala, Honduras, and El Salvador – that these cartels, these waves of illegal immigrants, they aren’t just being fueled by the organized crime in that part of the world.”

This is where the corrupt United States government takes a collective gasp and thinks: “Is he really about to tell the taxpayer the truth about where their taxes go?”

I have direct intelligence from Northern Triangle countries that these cartels and waves of illegal immigrants aren’t just being fueled by organized crime.

“They are also being funded by the U.S. taxpayers. That’s right,” Rep. Matt Gaetz explains, “U.S. taxpayer money flows through the state department, through the U.S.A.I.D. That money is ending up in the hands of NGOs [Non-Governmental Organizations] that are advertising for and facilitating the caravans and movements of people into our country.”

Matt Gaetz says it’s ‘sad’ to be the one to point it out but that he believes the “U.S. government maybe be one of the biggest human traffickers in the world.” The Florida Representative said that “Even after we get these folks, the policies of Joe Biden have us just sending them all around the country under a catch a release policy that Donald Trump had reversed with great success.”

If it shocks you that the federal government uses your tax dollars against your well-being, sit down because you’ll be shocked about the money being paid out in the three stimulus bills. Our government had the chance to clean house and do the right thing for the American people, but instead, it stonewalled President Trump at every turn and created larger roadblocks than any Democrat could.

Illegal immigration benefits the big business donors that give handsome rewards to Democrat politicians. Democrats ensure a steady flow of cheap labor and vulnerable prey, and the donors keep the campaign accounts flush.