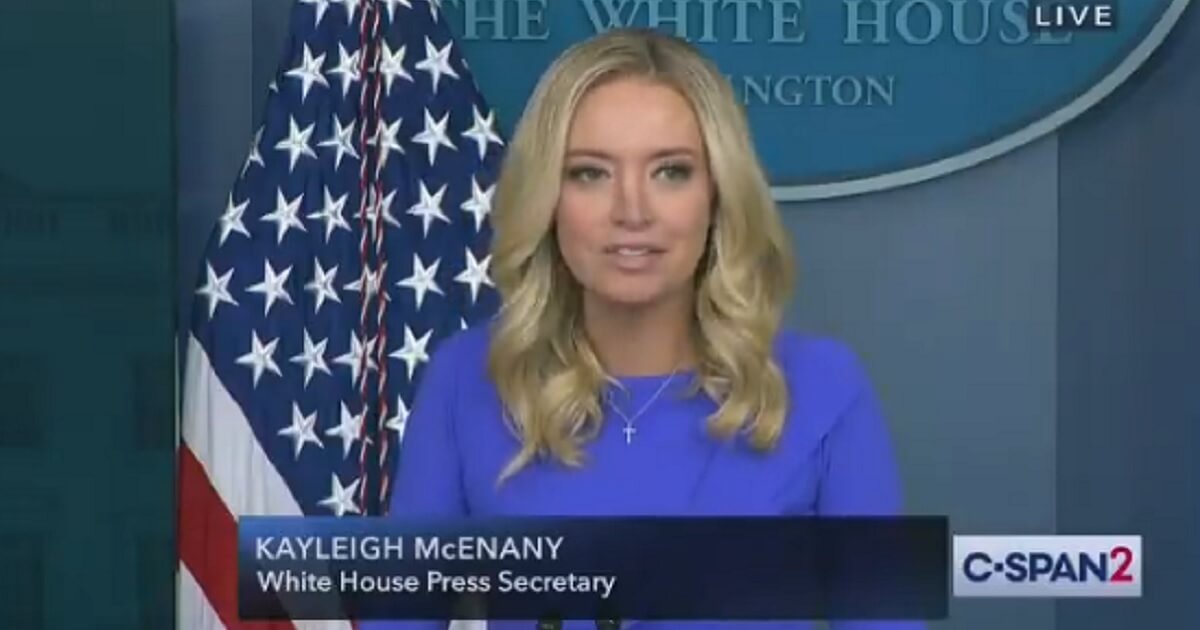 Faulkner, host of the “Faulkner Focus” program, made the announcement on the 11 a.m. ET show following an interview with McEnany.

“It is my distinct pleasure today to welcome Kayleigh McEnany to the Fox family,” Faulkner said.

“We will be seeing much more of her in the future,” she said.

McEnany, who was hired as press secretary to then-President Donald Trump last April, touched on a number of subjects in her interview with Fox News, including her thoughts on President Joe Biden’s press secretary, Jen Psaki, and the Jan. 6 Capitol incursion.

“I think at the beginning of the day, before everyone went to the rally, everyone was expecting peace,” McEnany said. “We had been to hundreds of rallies — I’ve probably been to hundreds at this point, certainly many dozens — and they were nothing but peaceful events, and we expected that day to be the same.

“And then as those events transpired, it was disbelief, shock, somber, sad, horrified by the violence, and it was a very hard, difficult day in the White House, there is no doubt. … It was a, I should say, widespread feeling, synonymous feeling, completely, a feeling that everyone felt, the — just completely condemning the actions of that day. Horrified and very somber.”

On Psaki, who replaced her as press secretary, McEnany did not go into great detail, other than to wish her well.

The 32-year-old did comment on the contrast between how she and Psaki were respectively treated by the reporters in the White House media pool.

“I’ll never forget watching one of the early press briefings where [Psaki] was asked about the antifa riots and I believe she said that she hadn’t spoken to the president about that,” McEnany said. “And they let her move on, whereas if I would have been asked that about violence on the other side of the aisle, that wouldn’t have been an answer that flew, nor should it have.”

“And so I think just the standards are different, but the American people are so smart, so wise, they see the difference,” McEnany said, describing some reporters as “political operatives.”

Fox News did not explain what McEnany’s role will be at the network.

Network host Neil Cavuto notably cut away from the former White House press secretary in November as she spoke about Trump’s legal challenges to the 2020 election and allegations of voter fraud. Video of the moment went viral online.

“I can’t in good countenance continue to show you this,” Cavuto said.

Fox News cuts out of McEnany

Cavuto: “Whoa, whoa, whoa. I just think we have to be very clear: she’s charging the other side as welcoming fraud and illegal voting, unless she has more details to back that up, I can’t in good countenance continue to show you this.” pic.twitter.com/0koLBJasl9

McEnany was previously a contributor at CNN, having been hired by the company prior to the 2016 election.