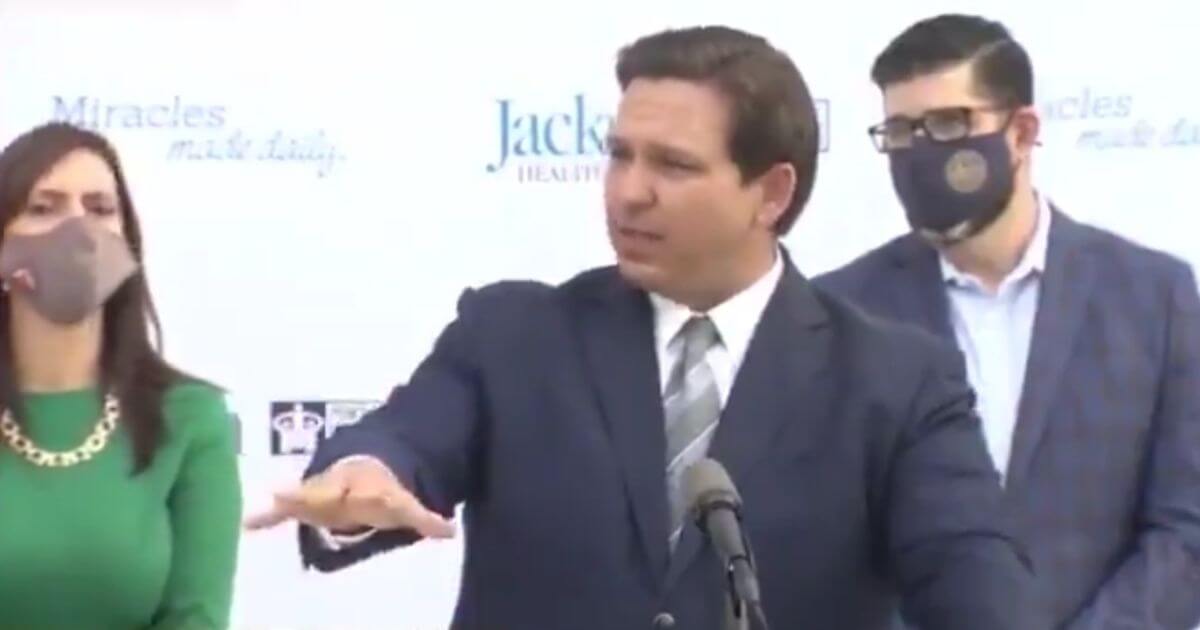 At this point, most Americans are familiar with big tech’s overreach with regard to censoring its users — a problem that has grown to such epic proportions that it crosses political lines.

According to Newsmax, though Republicans have been eerily mum on the issue, Florida Gov. Ron DeSantis has evidently had enough, as he just revealed his plans to take on the big tech platforms with the hopes of limiting the ways those companies can target users and political candidates in the state of Florida.

And it involves massive fines — in amounts that will be difficult for even billionaire companies to ignore.

During a recent press conference in Tallahassee, DeSantis spelled out his vision of protecting those in his state from having their voices silenced online.

“What began as a group of upstart technology companies from the west coast, has since transformed into an industry of monopoly communications platforms that monitor, influence, and control the flow of information in our country and among our citizens,” DeSantis said.

“These platforms have played an increasingly decisive role in elections and have negatively impacted Americans who descend from orthodoxies favored by the big tech cartel,” he added.

DeSantis went on to point out examples, like Twitter and Facebook censoring former President Donald Trump and other high-profile conservatives, while adding that big tech companies like Amazon essentially killed the emerging social media platform known as Parler.

“That’s why in Florida we’re gonna take aim at those companies and pull back the veil and make sure those guys don’t continue to find loopholes and grey areas to live above the law,” DeSantis said. “Under our proposal, if a technology company de-platforms a candidate for elected office in Florida during an election, that company will face a daily fine of $100,000 until the candidate’s access to the platform is restored.”

Not only would the companies be fined for such actions, but the bill will also allow regular users to “opt-out” of content algorithms and allow users who believe they’ve been unfairly punished some level of legal recourse, thus potentially bypassing the Section 230 shielf of legal protection that the companies currently still enjoy.

“Used to be that consumers were trusted to make their own decisions about what information to consume, about which leaders to ‘follow,’ about what news to watch,” DeSantis added. “Now those decisions are increasingly made by nameless, faceless boards of sensors.”

The governor went on to say that Trump’s banning and complete censorship from social media platforms following the 2020 election is what inspired him to move the proposed bill along.

This is a fantastic start to taking back some of the power from big tech and if it’s successful, hopefully other states will follow since it doesn’t appear that Biden’s administration is even remotely interested in tackling the issue.

Schumer And Pelosi Will Use Budget Reconciliation To Jam $1.9 Trillion Relief Package Through Congress