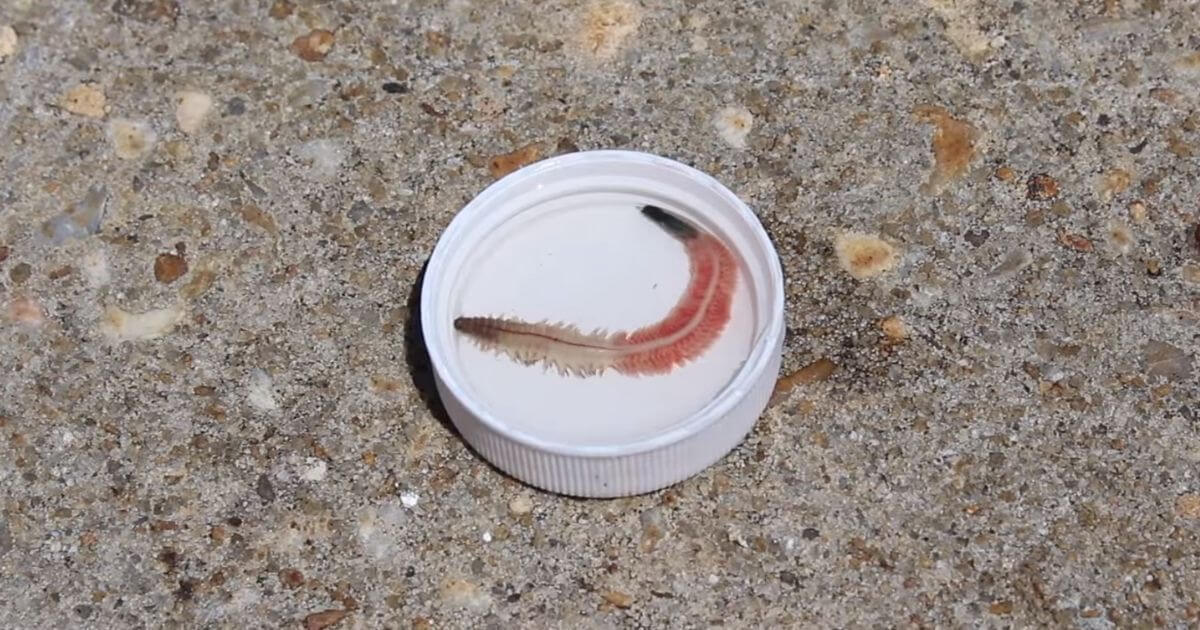 It seems that South Carolina can’t catch a break.

Just as crowds of beachgoers began to return to their pristine coastline, they were subject to the annual invasion of clamworms, which look more like demonic centipedes than worms.

Clamworms are unnerving enough to look at, but they bite too.

According to the New York Post, which cited information from researchers at Walla Walla University, “These marine invertebrates are known to clamp onto fingers with their hook-like jaws, which are strong enough to break the skin.” Lovely.

The potential dangers of clamworms, along with the sheer number of beachgoers at the moment, prompted the South Carolina Department of Natural Resources to issue an educational post — along with a gentle warning — on Facebook:

“Clamworms,” it said April 14, “ordinarily live on the seafloor undergo an incredible transformation under new and full moons in spring — their bodies morph into reproductive forms called ‘epitokes’ as they swarm in coastal waters.

“This fascinating phenomenon occurs every year at our marine headquarters in Charleston and is often followed by hungry throngs of fish and birds along the marsh edge.”

The department does not advise swimming when clamworms are present, because, as we know, “clamworms do have a set of hooked jaws,” which could cause someone to have a very, very bad day.

The comments section was filled with people recounting their past experiences with clamworms, as well as expressing their discomfort and alarm when looking at the creatures.

“I found one in a raw oyster and promptly lost my appetite,” one person remarked.

“Thank you to the birds and fish….may they continue to devour [them],” another person added.

The social media buzz also spread to Twitter, where the conversation revolved around how creepy clamworms are.

CREEPY: Hooked jaw clamworms are popping up in swarms off the South Carolina coast. They have a mouth, a lip, two pairs of eyes and a set of strong hook-like jaws.https://t.co/EAX5rui453

All in all, I’m really glad I don’t plan on swimming in South Carolina anytime soon. I was stung by a jellyfish as a kid, and I don’t really see any need to continue the trend of being attacked by sea creatures.

Nature is truly a remarkable thing, and there’s so much that isn’t often talked about or observed. As creepy as it may be sometimes, this planet is truly a blessing.