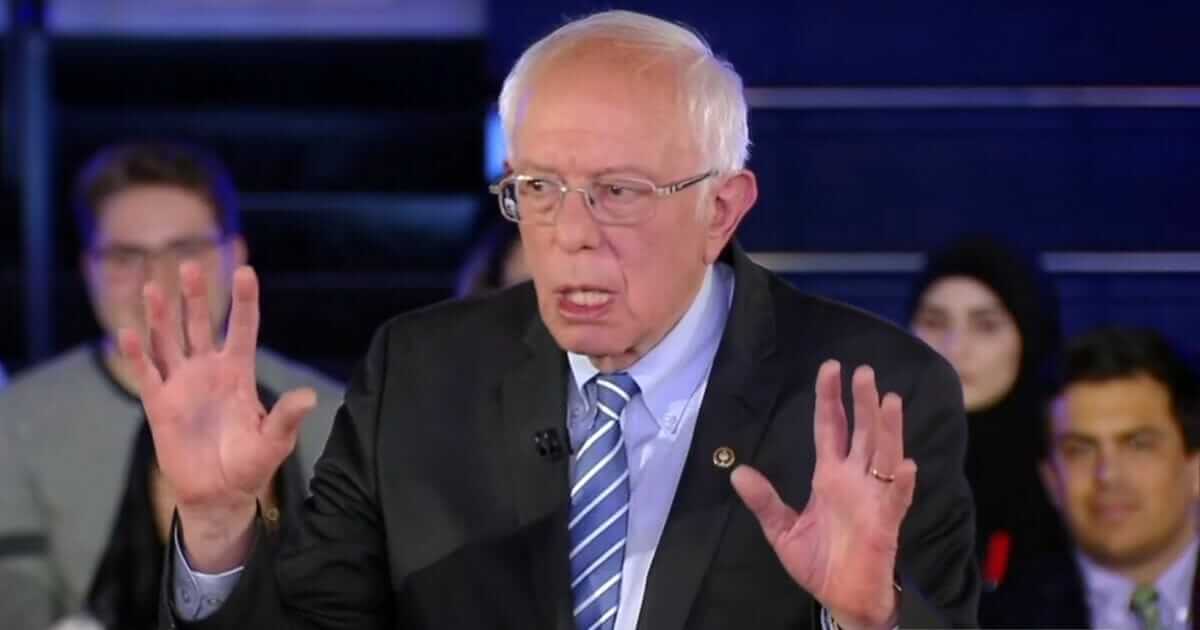 Neera Tanden, President Joe Biden’s nominee to head the Office of Management and Budget, is so inept, off-putting, and vicious that even Independent Sen. Bernie Sanders of Vermont challenged her during a Senate hearing on Wednesday.

Tanden joined the Senate Wednesday for day two of her confirmation hearing. Thanks to her past propensity for lobbing incendiary attacks against virtually everyone over the years, the experience has been an uncomfortable one for her.

The liberal political operative, 50, relentlessly targeted Sanders during the 2016 Democratic primary when the senator was up against her preferred candidate, eventual nominee Hillary Clinton.

“Russia did a lot more to help Bernie than the DNC’s random internal emails did to help Hillary,” she once tweeted, according to Politico. That was apparently the tip of the iceberg.

Politico reported extensively on Tanden’s 88,000 tweets, many of which have since been purged from her account and are not appropriate to repeat.

“She once called Senate Minority Leader Mitch McConnell ‘Voldemort.’ When NBC News reported in 2017 that Rupert Murdoch’s house had caught fire, she tweeted, ‘There’s a God. And she’s unhappy,’ before deleting it,” the outlet reported. That gives you a bit of insight into her mindset, hopefully.

In her years on Twitter, Tanden has had it out with virtually everyone, and on Wednesday she came face to face with Sanders, who actually brought up that she previously targeted him with political hand grenades.

“Your attacks were not just made against Republicans. There were vicious attacks against progressives, people who I have worked with, me personally.” Sanders said. “So as you come before this committee to assume a very important role in the United States government at a time when we need serious work on serious issues and not personal attacks on anybody, whether they’re on the left or the right, can you reflect a little bit about some of your decisions and the personal statements that you have made in recent years?” he asked.

Although measured, it was apparent the senator was not prepared to ignore the polarizing nominee to lead the OMB.

Tanden, for her part, apologized to the entire body for a Twitter feed that makes former President Donald Trump’s now-banned one look like it was run by Mr. Rogers.

“I recognize that my language and my expressions on social media, you know, caused hurt to people, and I feel badly about that. And I really regret it and I recognize that it’s really important for me to demonstrate that I can work with others,” she said. “I would say, you know, social media does lead to too many personal comments and my approach will be radically different.”

Sanders wasn’t the only senator to grill Tanden over her past social media posts.

Republican Sen. John Kennedy of Louisiana, in defense of Sanders, stated, “You called Sanders everything but an ignorant s–t.”

“You called Senator Sanders everything but an ignorant slut.” pic.twitter.com/eYfPlSj2fm

What an odd Q&A that was during what should have been a boring and routine confirmation hearing. But you get what you get when you nominate unqualified and apparently unvetted people to high-level government positions as Biden has done since assuming office.

The optics of this entire spectacle could have been avoided, had Biden chosen any one of the likely numerous people qualified to head the OMB. But Democrats take care of their own, and Tanden is entrenched in the swamp.

Biden picked her, and all we can do is enjoy watching her squirm. Opportunities to watch Democrats have to answer to one another — and to the American people — are few and far between.