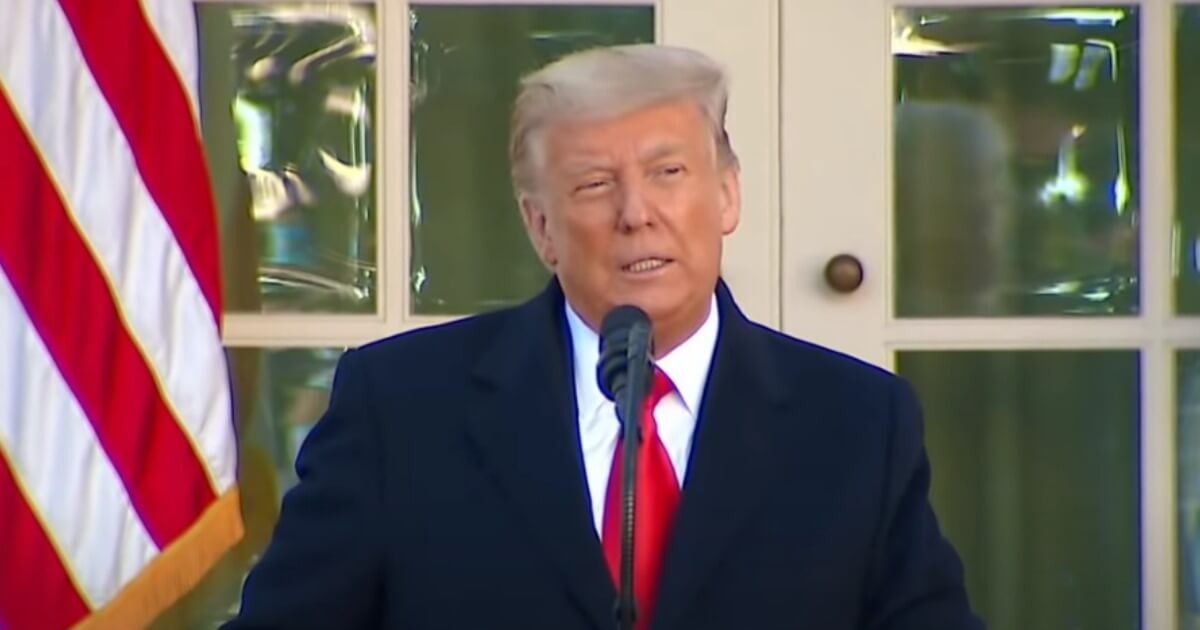 The 45th president of the United States, Donald Trump, was nominated for a Nobel Peace Prize on Sunday.

Trump has garnered several nominations for the award over the past several years.

Jaak Madison, an Estonian member of the European Parliament, took to Facebook to announce his decision to nominate the former American president for the award.

“In relation to the fact that nominees for the Nobel Peace Prize can also be submitted by members of parliament, I took this opportunity. The deadline was January 31 midnight by the Central European time zone and I did it exactly two hours before the deadline fell,” Madison wrote, according to Facebook’s translation of his post.

Madison further noted he’s “definitely not the only one who nominated this candidate.”

“When I submitted a candidate, I justified in the application that this candidate is suitable as follows: ‘Donald Trump is the first president of the United States in the last 30 years, whose office the country has not started any war. In addition, several peace agreements have been made under his leadership in the Middle East, which has helped ensure stability in the region and peace,’” he wrote.

“Let’s see who gets the Nobel Peace Prize.”

Trump has been nominated several times for the award, with most of the nominations citing his administration’s ground-breaking move to promote peace in the Middle East through an agreement that established relations between Israel and the United Arab Emirates. His son-in-law, Jared Kushner, was also nominated for the award recently.

“For his merit, I think he has done more trying to create peace between nations than most other Peace Prize nominees,” said Christian Tybring-Gjedde, a member of the Norwegian Parliament who nominated Trump back in September.

Do you think Donald Trump should win the Nobel Peace Prize?

This most recent nomination comes only two days after it was announced that the Black Lives Matter movement had also been nominated for the award.

Whereas Trump is associated with peace in the Middle East and being the first president to start no new wars in several decades, the Black Lives Matter movement rampaged throughout 2020 as, undeniably, the philosophical center of the many riots and looting sprees that devastated cities across the country.

According to a report from the U.S. Crisis Monitor, Black Lives Matter activists were involved in 95 percent of the riots that took place between June and September.

Clearly, Trump is more deserving of a Nobel Peace Prize.

However, given the highly politicized nature of this award, there’s zero chance Trump comes away with it, but perhaps that is a good thing — his stellar record isn’t exactly commensurate with those of past award winners.

Those past winners include the likes of Al Gore, Barack Obama, Palestinian leader and terrorist Yasser Arafat and communist Vietnamese leader Le Duc Tho (who refused the prize).

The Black Lives Matter movement would fit right in with these other so-called peacekeepers.