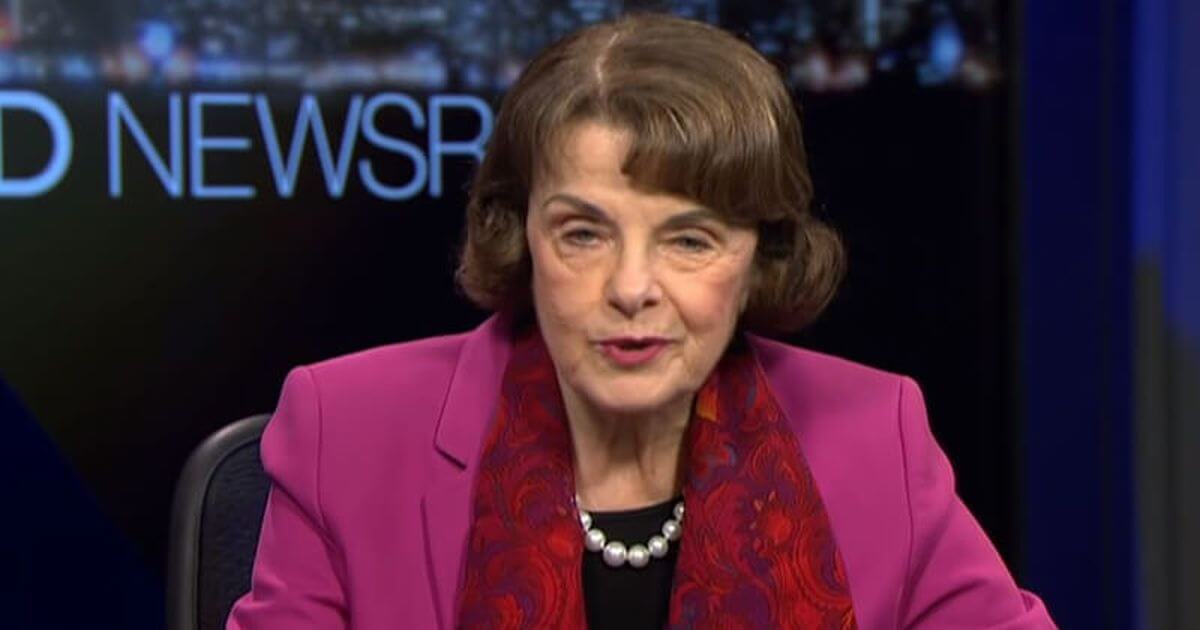 Sen. Dianne Feinstein, at 87-years-old, has served nearly three decades in national politics and many have speculated on whether or not the aging Democrat is considering retiring early from her term, which will run into 2025.

According to The Hill, just hours after reports emerged that Gov. Gavin Newsom pledged to replace her with a Black female senator if she decides to retire before her term is up, Feinstein responded and quickly put any rumors to rest that she’s going anywhere anytime soon.

She clearly downplayed Newsom’s announcement, as a number of media outlets, including CNN, suggested that the California governor was making an attempt to pressure her out of office in order to have the chance to make a historic appointment of a Black woman to the upper chamber, which would be only the third to hold a seat in the Senate.

“Please, we’re very good friends. I don’t think he meant that the way some people thought,” Feinstein insisted. “I mean you’re making a mountain out of a molehill.”

The senator was asked by reporters if she has intentions of serving out the remainder of the term, which would take away Newsom’s attempt to distract from the statewide attempt to recall him from office.

Newsom later explained his statements to the leftists of “The View,” telling them that he had “no expectation” of Feinstein retiring before her term was up, even though to many, it sure sounded like that was what he was angling for.

In what felt like an attempt to score brownie points with Feinstein, Newsom added that he believes she’s “lucid and focused,” while adding that she’s “committed to the cause of fighting not only for our state as a representative and the senior senator of California, but this nation.”

Earlier this year, Feinstein generated headlines after she announced that she was stepping down as the ranking Democrat on the powerful Senate Judiciary Committee — a move that came after the radical progressive wing of her party slammed her for not being tougher during then-SCOTUS nominee Amy Coney Barrett’s confirmation hearing.

Newsom took heat earlier this year after blowing the chance to name an African-American female senator to replace Vice President Kamala Harris when she left the upper chamber for the White House. She was replaced by Sen. Alexa Padilla, leaving the Senate without a Black woman.

At this point, it doesn’t appear as if Newsom will have the chance to pick Feinstein’s replacement, at least if she has anything to say about it. He might not get the chance anyway, given that the effort to recall him from office hit two million signatures last week and could soon be on the ballot.